The City of Grand Rapids will start its 6th season of ramped-up road construction thanks to voter-approved Vital Streets Initiative. 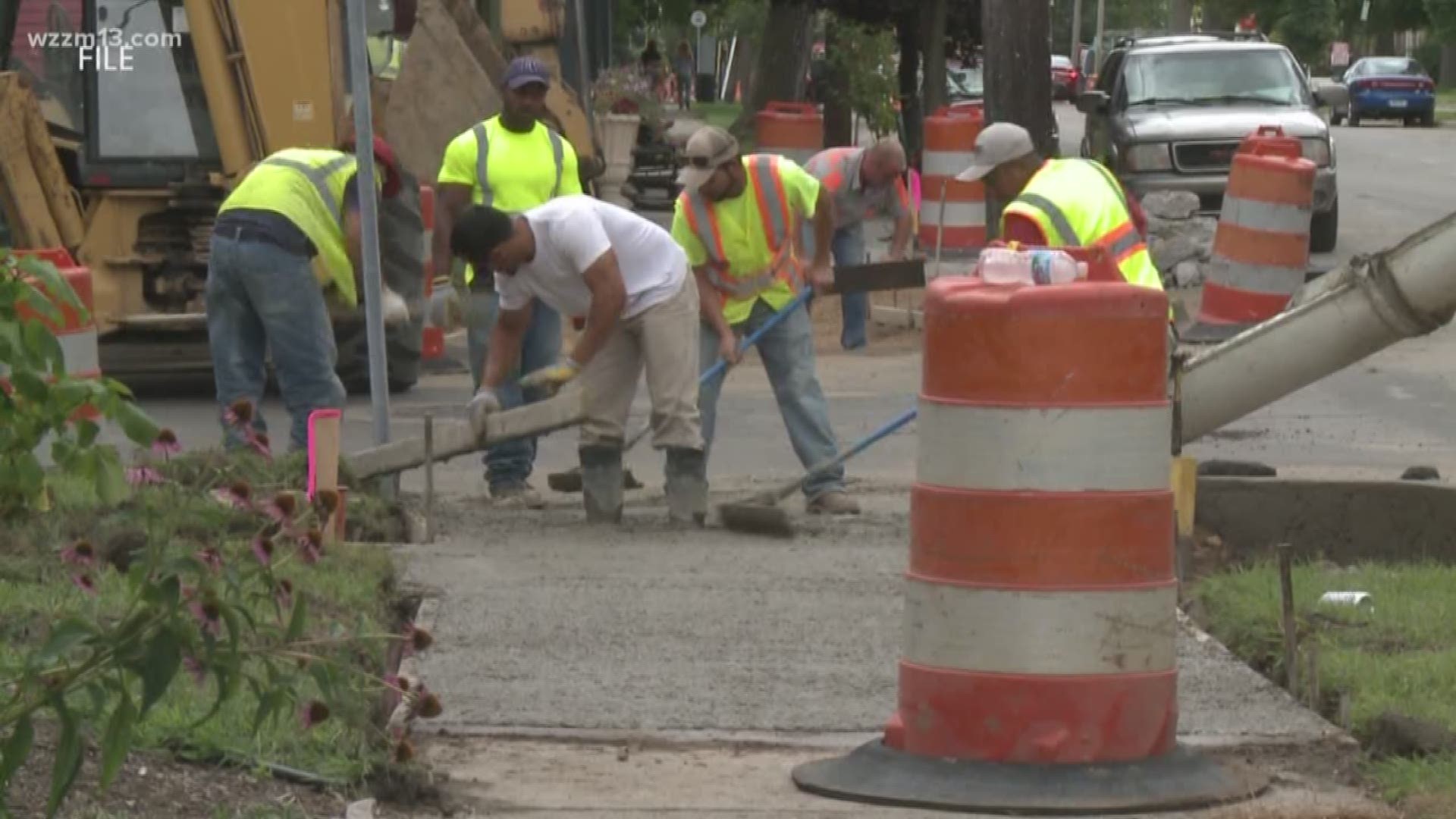 GRAND RAPIDS, Mich. - Those driving, walking, and biking through Grand Rapids can expect to see improvements to more streets and sidewalks, all thanks to a voter-approved initiative.

The City of Grand Rapids is planning to spend $15-million on road and sidewalk projects this year. By the end of June, workers will have completed preventative maintenance and/or reconstructed 365-miles of streets since 2014. Grand Rapids increased the percentage of streets in good or fair condition from 37% to 61%, all because of the Vital Street program.

Next up, the City Commission will review the plans for July through June 2020. If the plan is carried out, it will bring the total miles of street improved over the last six years to 396-miles.

“Nearly every corner of Grand Rapids will see some sort of road construction or sidewalk reconstruction this summer,” said Rick DeVries, assistant city engineer. “We have been busy making a $11.9-million investment at 64 locations over the past year. We are planning improvements on an additional 31 miles of streets this coming fiscal year with an investment of $12.8-million at 61 locations. In addition, we plan to dedicate a total of $1.8-million for various sidewalk repair and construction projects in all three city wards.”

Vital Streets projects are backed by a voter-approved plan in 2014 that extended a local income tax levy for 15 years. Vital Streets investment, along with a road funding commitment by the state, ensures 70 percent of city streets reach fair to good condition within 15 years.