Officers from the Grand Rapids Police Department will be honoring and paying tribute to Scott Bylsma by participating in Nana's Run. 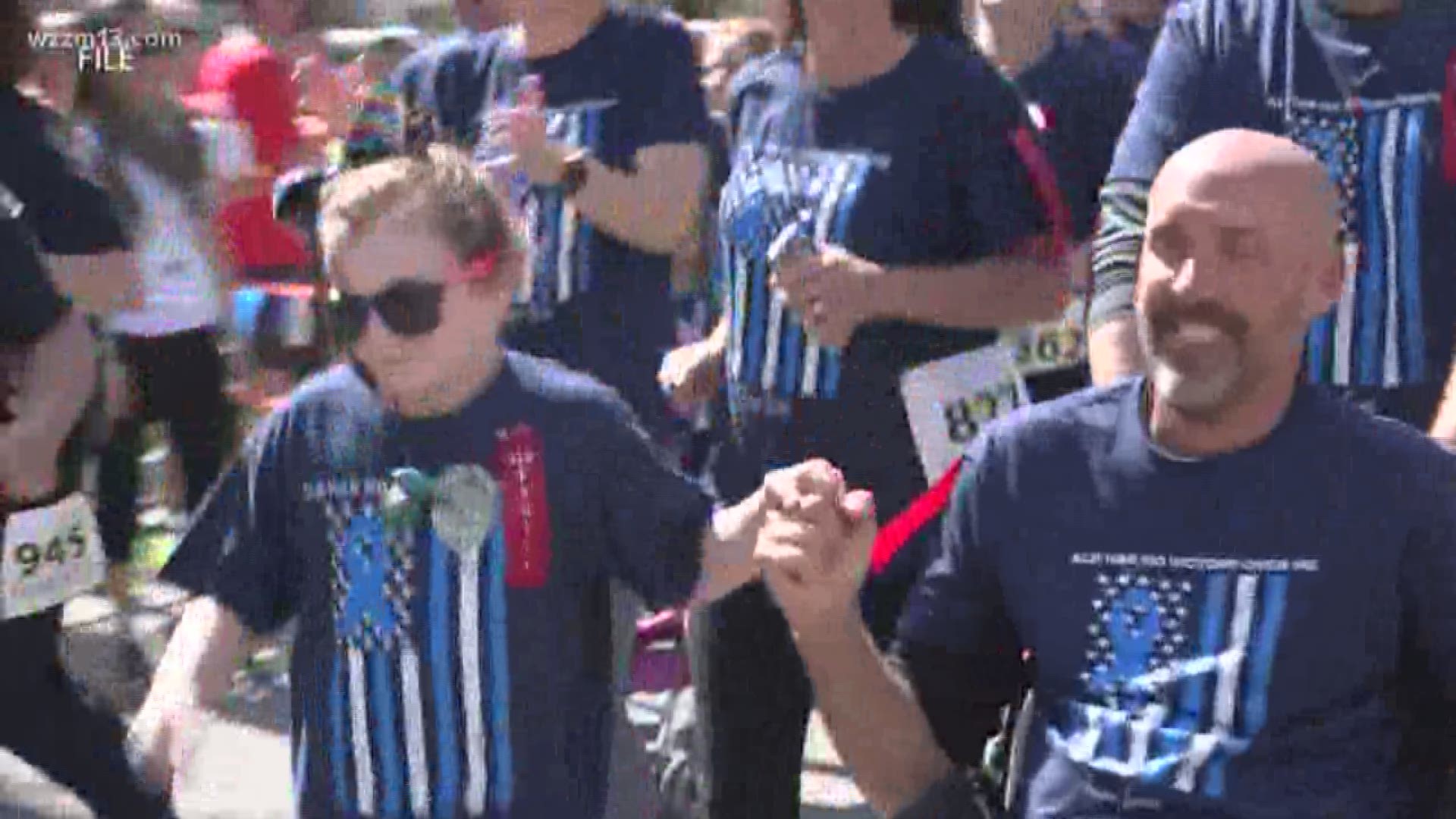 GRAND RAPIDS, Mich. — Saturday is the 6th annual Nana's Run 5K in Grand Rapids, which is a charity race in downtown Grand Rapids that raises awareness and funds for ALS research and treatment.

This year is the first time in two years that Scott Bylsma won't be participating in the run. Bylsma, a former Grand Rapids Police officer, died on April 13 after a battle with ALS.

Officers from the Grand Rapids Police Department will be honoring and paying tribute to their former colleague by participating in the race.

"We are going to have officers in uniform and out of uniform running in honor of him," said Officer Jenny Rood with the GRPD. "In the past years, we've done that as well with Scott, but this year we will be carrying on his legacy."

In 2018 Nana's Run, Bylsma met and connected with a 7-year-old girl named Kennedy Arney who has been diagnosed with juvenile ALS. After meeting Bylsma, she said she wanted to be a police officer when she grows up.

GRPD will also be honoring Kennedy at the run on Saturday.

"We had met her through Scott, and she has kept in touch with Scott throughout the whole time," said Rood.

Also at last year's run, about 250 people from the police department joined Nana's Run as a part of Team Scott. Rood said they are expecting to see about the same amount of people come out this year.

Emily Brechting, a friend of the Bylsmas, said that family and friends of Scott's will be at the run, wearing their Team Scott shirts.

The Nana's Run starts at 10 a.m. in downtown Grand Rapids at Rosa Parks Circle. Registration is open until 8:30 a.m. on Saturday. More than 1,400 people are expected to participate in this year's event.

Since its creation in 2014, Nana's Run has raised more than $1.5 million for ALS research, diagnosis and treatment.