The city has been working for years to get to a 40% tree canopy by focusing on planting trees in neighborhoods without a lot of tree coverage. 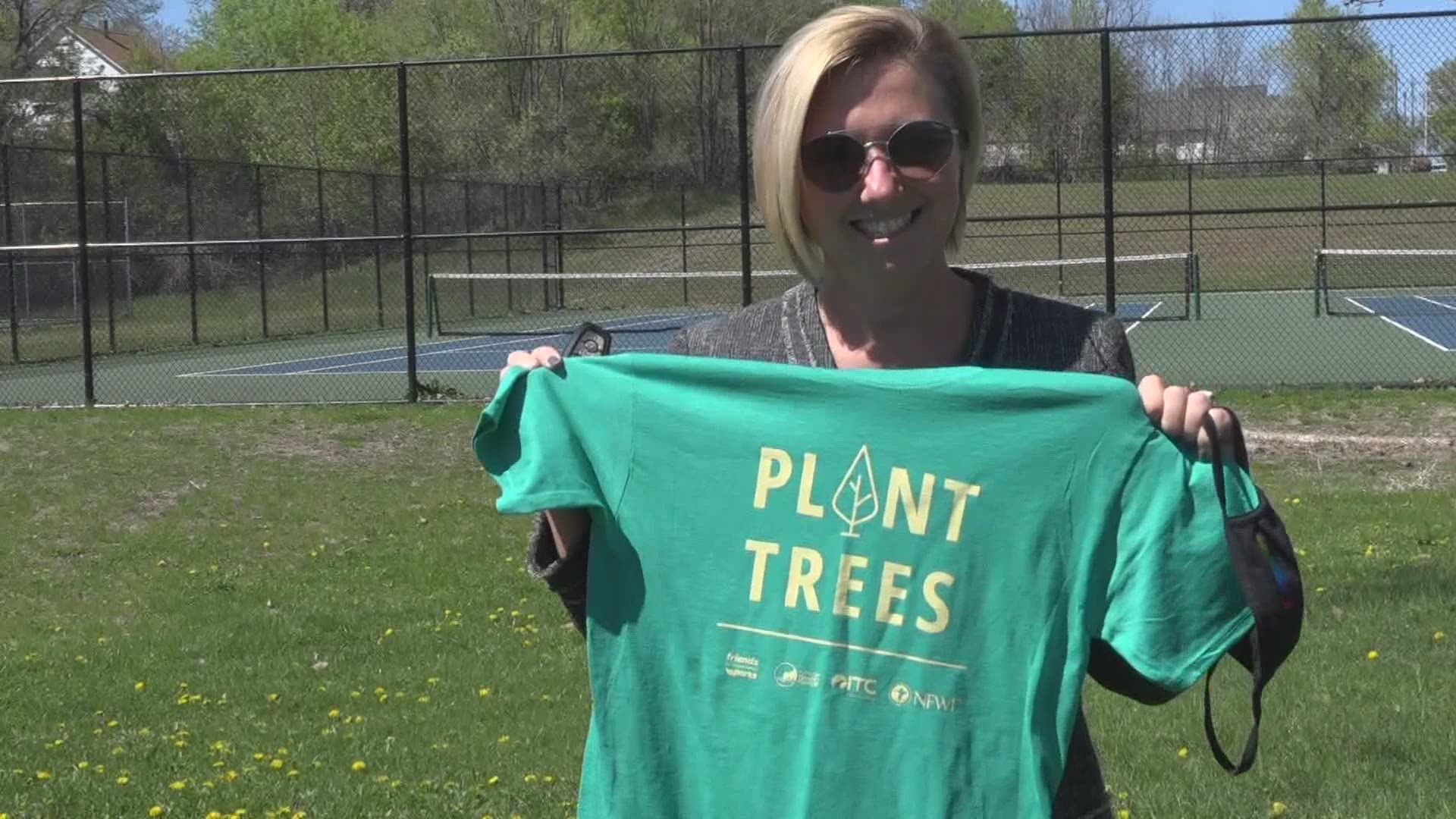 GRAND RAPIDS, Mich. — Mayor Rosalynn Bliss is dreaming of a time when it's safe enough for large groups to gather for one of her favorite events of the year, the Mayor's Greening Initiative.

"When we’re not living in COVID times, it’s such a wonderful experience to have hundreds of people come together - people of all ages, and give back to their community," she said.

For now, Bliss and a handful of volunteers from Friends of Grand Rapids Parks will have to settle for a scaled down version of the event. They'll be planting 25 trees in Plaster Creek Family Park on Saturday and 25 more in the surrounding neighborhood.

The lack of a large crowd certainly won't be the same, but it won't make the event any less special to the mayor, who has a special place in her heart for Plaster Creek.

"This park was recently redeveloped and it’s one of our natural parks but it was developed in partnership with the students at Grand Rapids Public Schools. This park, I would say, has a rich history and it’s a beautiful park," she said.

Saturday's tree planting is just part of a larger effort to increase the city's urban canopy to 40%.

"It’s actually based on national standards," Bliss said of the 40% goal.

According to Friends of Grand Rapids Parks, the current urban canopy for Grand Rapids is 34.6% and 1,640 acres of land will need to be covered by trees to reach the 40% goal. The organization's executive director, Stephanie Adams, knows how much trees can make a difference in neighborhoods.

"They increase property value, they also provide fresh clean air, they also help slow down traffic especially when we have small kiddos that are running around. It really creates a safe environment," Adams said.

"It helps on heating and cooling bills. They provide amazing amounts of shade and they help keep our city really nice and cool in the summer when those cooling bills can get really high."

The Mayor's Greening Initiative will go well beyond this weekend. Volunteers will be planting another 250 trees in the Burton Heights neighborhood in the fall, and before that residents will have the chance to get a free tree as part of the initiative.

"We’re never going to reach that goal of 40% just by planting trees on public property. It really needs to be an effort that we do in partnership with the community and encourage people to plant trees on private property as well," Bliss said.

In addition to the Mayor's Greening Initiative, Adams says Friends of Grand Rapids Park and the city's Forestry Department will be planting more than 1,000 trees this year with opportunities from now until June and then resuming in September.

"Friends of Grand Rapids Parks is here to empower people to cultivate vibrant parks, green spaces, and trees in our community," Adams said.

If you'd like to volunteer for a planting event or request a free tree for your home, visit the Friends of Grand Rapids Parks website. 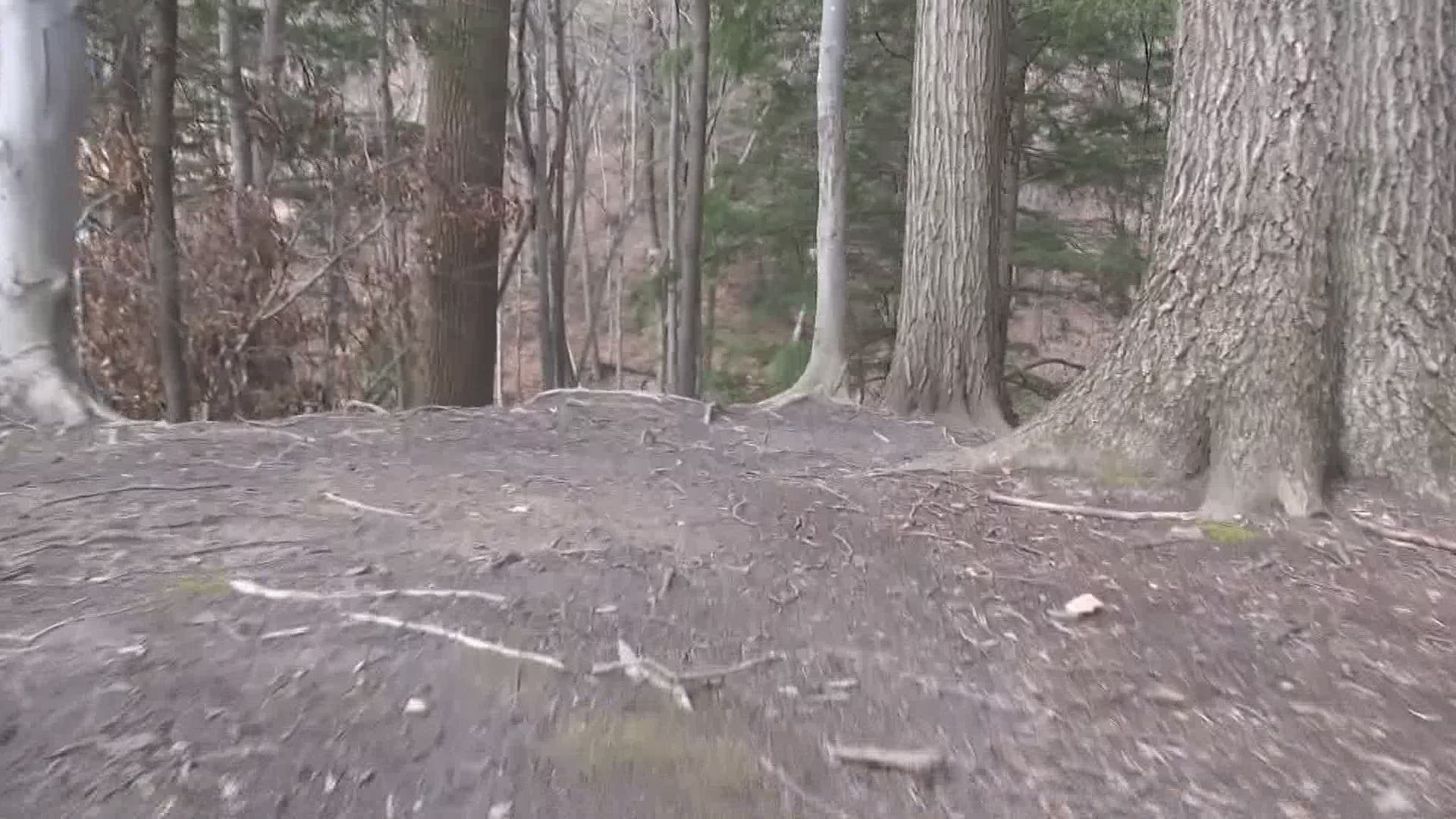