"The first time we made them it was just four snow people standing in a row," Linda said. "But, then it was snow mom and snow dad out having a cup of coffee one morning, and then we had snow Julia standing on her head and snow Kayla was making a snow angel."

The mother-daughter duo get some of their inspiration from fellow snowman enthusiasts.

"Sometimes we just go on the internet and see things, so that's how we got the idea to have my sister upside down doing a hand stand" Kayla said.

Their latest snow family is already gone, melted away in the afternoon sun of Monday, March 23. But for a few hours, their display brought levity and an important message during a time of uncertainty.

Governor Gretchen Whitmer issued an executive order Monday that would keep everyone except non-essential workers from leaving home until at least April 13 as the state works to stop the spread of the coronavirus.

Linda knows all too well how important that mission is. She is a physical therapist at Spectrum Health Blodgett Hospital and knows the value of "flattening the curve."

"I want to make sure that we're spreading the message that we should all be standing 6 feet apart from each other, staying in touch by texting and calling each other," she said.

The latest version of the snow family did more than educate people, during its time. It also brought a smile to a few people who took a break from being cooped up inside to get some fresh air.

A snow person painting on an easel represented Kayla this time around. Perhaps it will serve as inspiration for someone else to let their creativity flow during this time of staying at home.

West side family posed snowmen throughout the winter 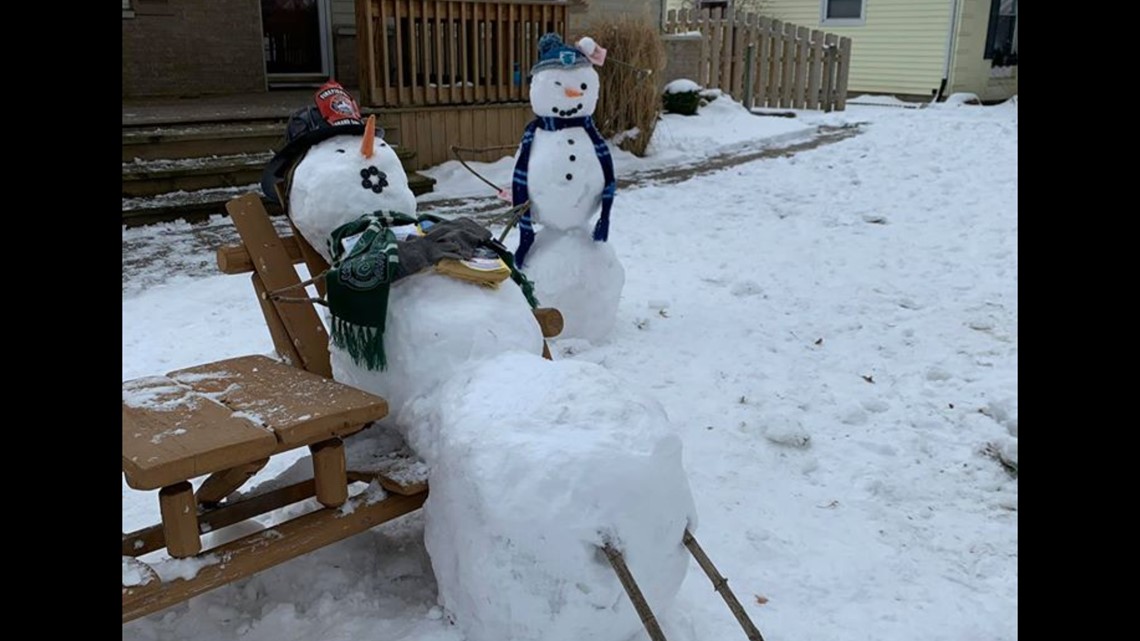 More 13 ON YOUR SIDE stories: