Alyssa M. Martinez, 17, is accused of vandalizing a car before jumping behind the wheel of a police vehicle for a mile-long joyride on New Year’s Day. 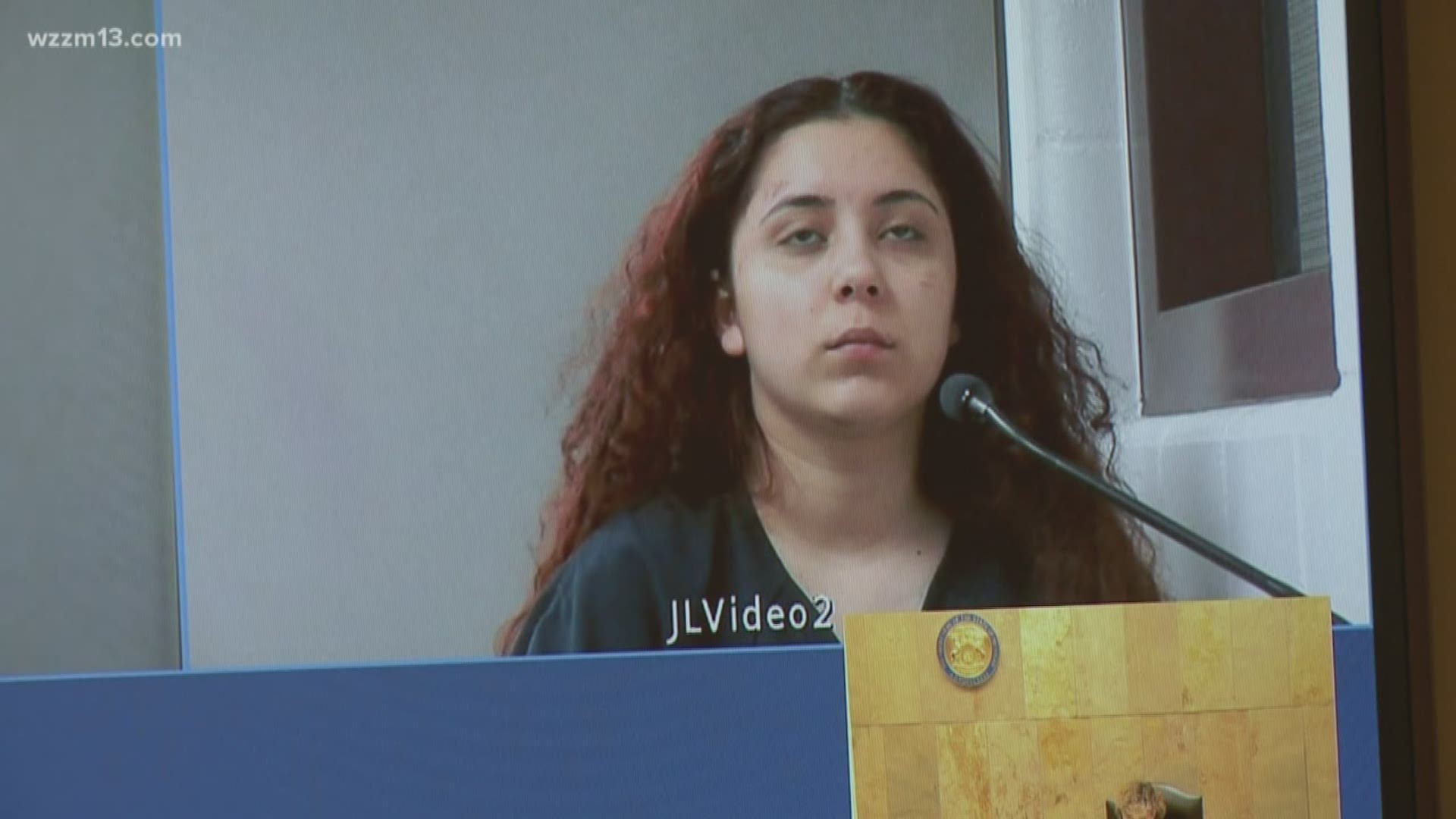 A Grand Rapids teen was arraigned Wednesday on two felony charges stemming from a New Year’s Day incident in which a police vehicle was stolen and taken on a brief joyride before being abandoned about a mile away.

Alyssa Marie Martinez, 17, is charged with unlawful driving away of an automobile for taking a Grand Rapids police SUV on a short spin. The felony charge is punishable by up to five years in prison.

She’s also charged with malicious destruction of property for vandalizing a 2004 Chevy Impala outside a home on Leonard Street west of Valley Avenue NW.

Grand Rapids police say several people, including Martinez, were involved in a fight about 4:30 a.m. Jan. 1 outside the Leonard Street home. They fled in a minivan, and a vehicle description was broadcast to responding officers.

The minivan was stopped about a block or so away, at Garfield Avenue and Courtney Street NW. The 19-year-old driver ran from the vehicle; officers gave chase on foot. He was caught nearby.

Martinez “is observed getting into the cruiser and driving away with the overhead lights still activated,’’ Grand Rapids police wrote in a news release. “As she pulls away, she collided into the minivan, causing significant damage to both, yet leaving the cruiser still drivable.’’

Dash cam video from the department’s 2014 Ford Explorer shows Martinez driving the vehicle for about a mile. She ran several stop signs and at times exceeded 50 mph before stopping the SUV near 11th Street and Powers Avenue NW, according to the news release.

During her video arraignment Wednesday, Jan. 2, Martinez offered to explain what happened. Grand Rapids District Court Judge Jennifer Faber stopped her and advised that she instead talk with her attorney.

In addition to the two felony charges, Martinez was also arraigned on a misdemeanor count of resisting police.

Martinez, who turned 17 last month, is currently on probation for two juvenile court cases, including misdemeanor assault and battery. She told the judge she is not attending school, but has a job at a fast food restaurant on Alpine Avenue NW.