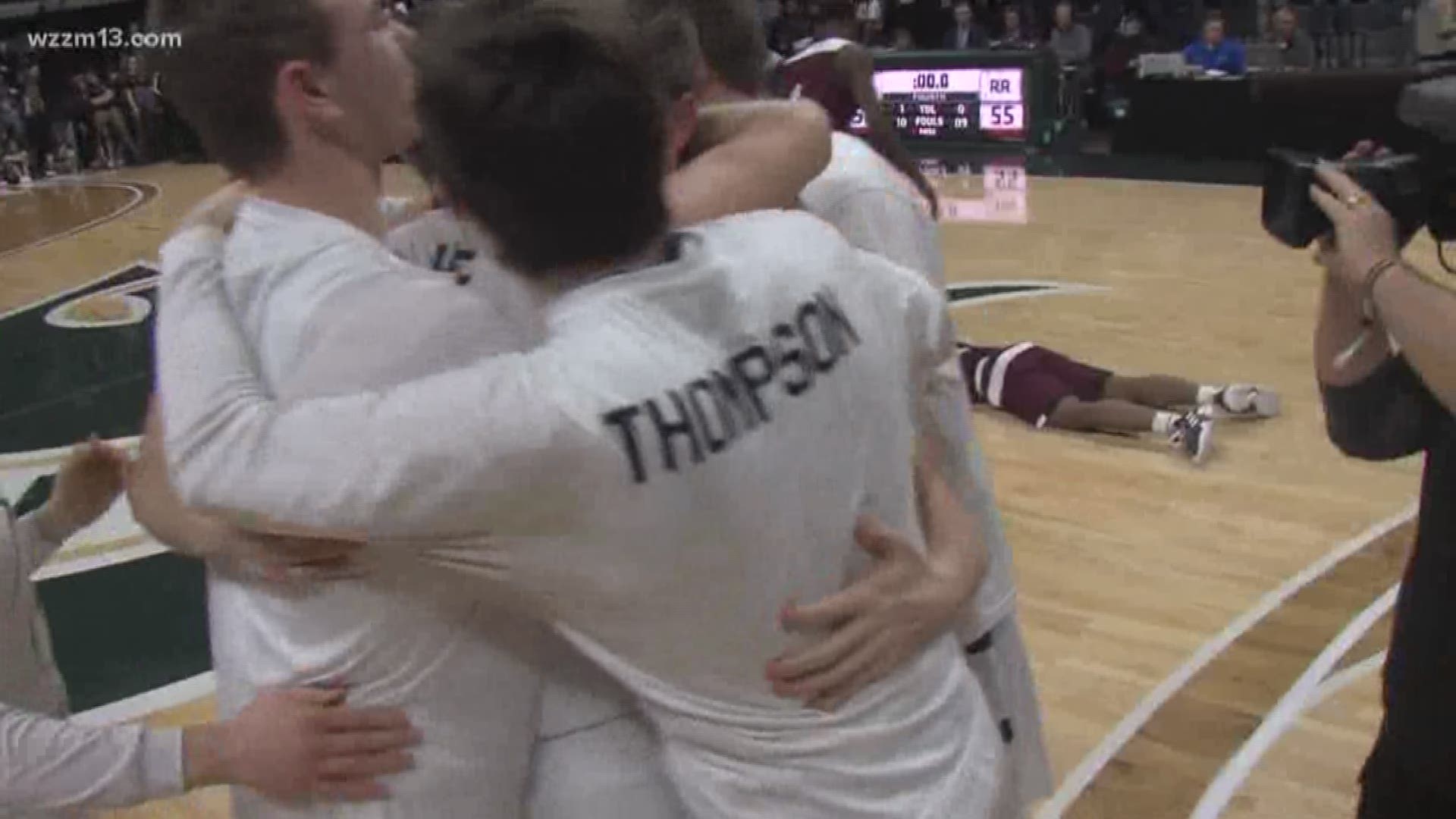 The boy’s basketball team defeated River Rouge in 58-55 in the Division 2 final at the Breslin Center in East Lansing on March 16. It’s the school’s lone state basketball championship.

Seven of the 12 players on the basketball roster had already won a state championship in the fall playing soccer or football.

“I don’t even think these boys understand how unusual something like that is – how do you win two state championships in a year?” said Head Basketball Coach Scott Soodsma. “To do what we were able to do this year is just unbelievable.”

“One of the cool things is [seeing] a star on one team, and then a kid who is on the bench or has a different role on another team,” Engbers said. “I think it’s valuable to have the pressure of being one of the main guys or girls and then also to experience what it’s like to support a team in a different capacity.”

“I got zero break; it was just right from one sport into another,” Balcer said. “We all know what it takes to be a winner. We [knew] that if we all can combine as one whole group that just has one goal in mind…we will be a great team.”

The titles are a byproduct of players and coaches buying into a team-based system, Engbers said.

“We’re trying to give athletes the best opportunity to succeed,” he said. “And sometimes that works out, you catch a few breaks and a team really buys in together and you go make a state title run, which is phenomenal.”