"The call demonstrated the cooperation we enjoy with many agencies," the press release from the Grandville Police Department read. 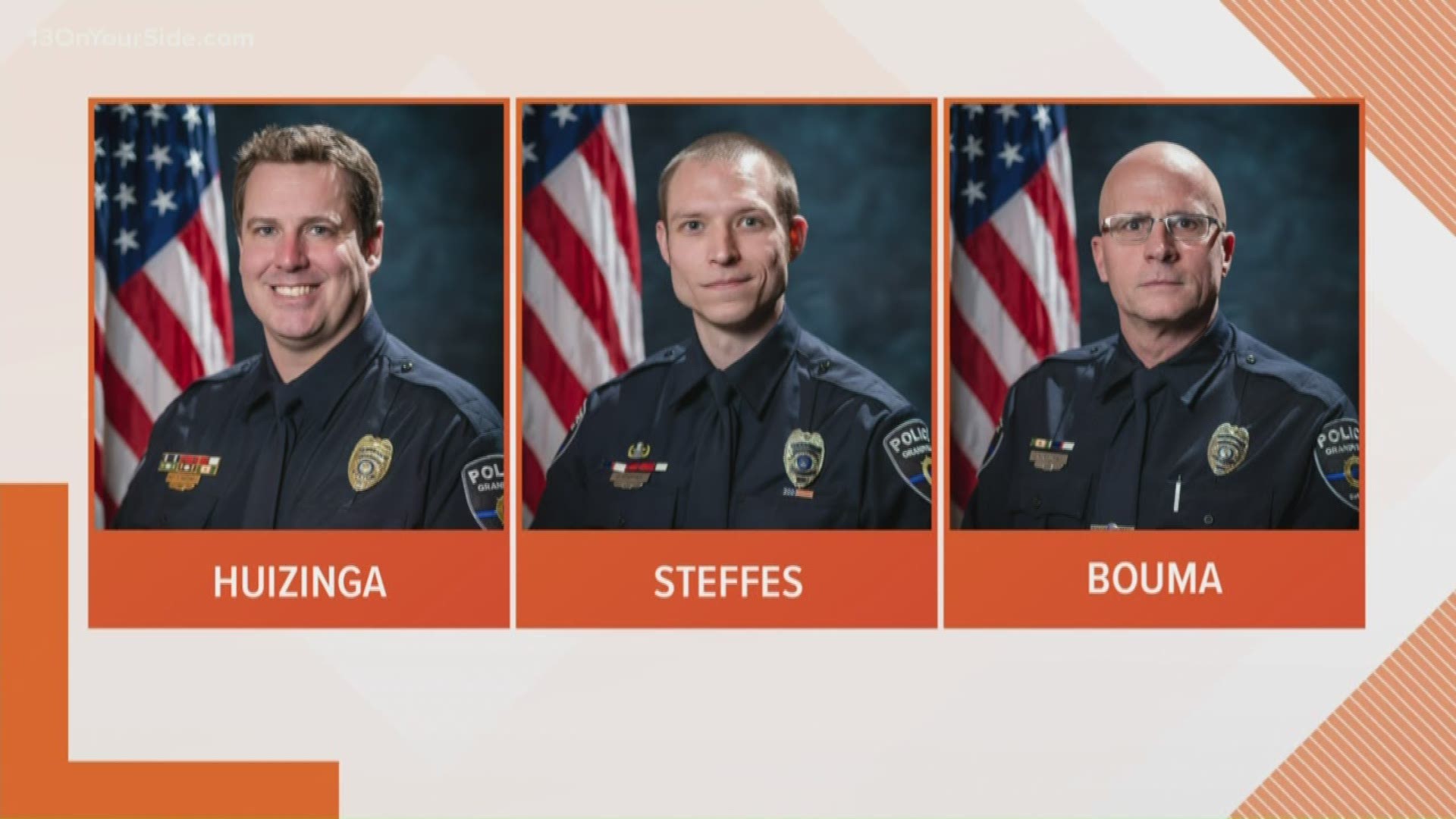 GRANDVILLE, Mich. — Three officers with the Grandville Police Department are being credited with saving a woman's life last week.

It happened around noon on Friday, Feb. 21, according to a release from the police department. Sgt. Dave Huizinga and Officers Jon Steffes and Roger Bouma were called to Rivertown Mall, located at 3700 Rivertown Pkwy, on reports of a suicidal subject.

When the three arrived on the scene, they discovered a woman standing on the upper outdoor walkway of the mall, near where the Charming Charlie storefront used to be located, about to jump from the ledge.

Sgt. Huizinga started to talk with the woman and worked into a position where he could grab her and pull her back over the railing with the help of Officer Steffes, the press release detailed.

The woman was taken to an area hospital for evaluation and treatment.

"The call demonstrated the cooperation we enjoy with many agencies," said Chief Paul Anglim in the release.

Grandville Police Department
Apparently Pokémon Go put a BOL out on Regigigas, last seen in Grand... ville this afternoon near Peck street park. There must be a bounty on his head because there are plenty of bounty hunters out searching. They were able to provide a photo of the culprit.

More Grandville News on 13 ON YOUR SIDE: