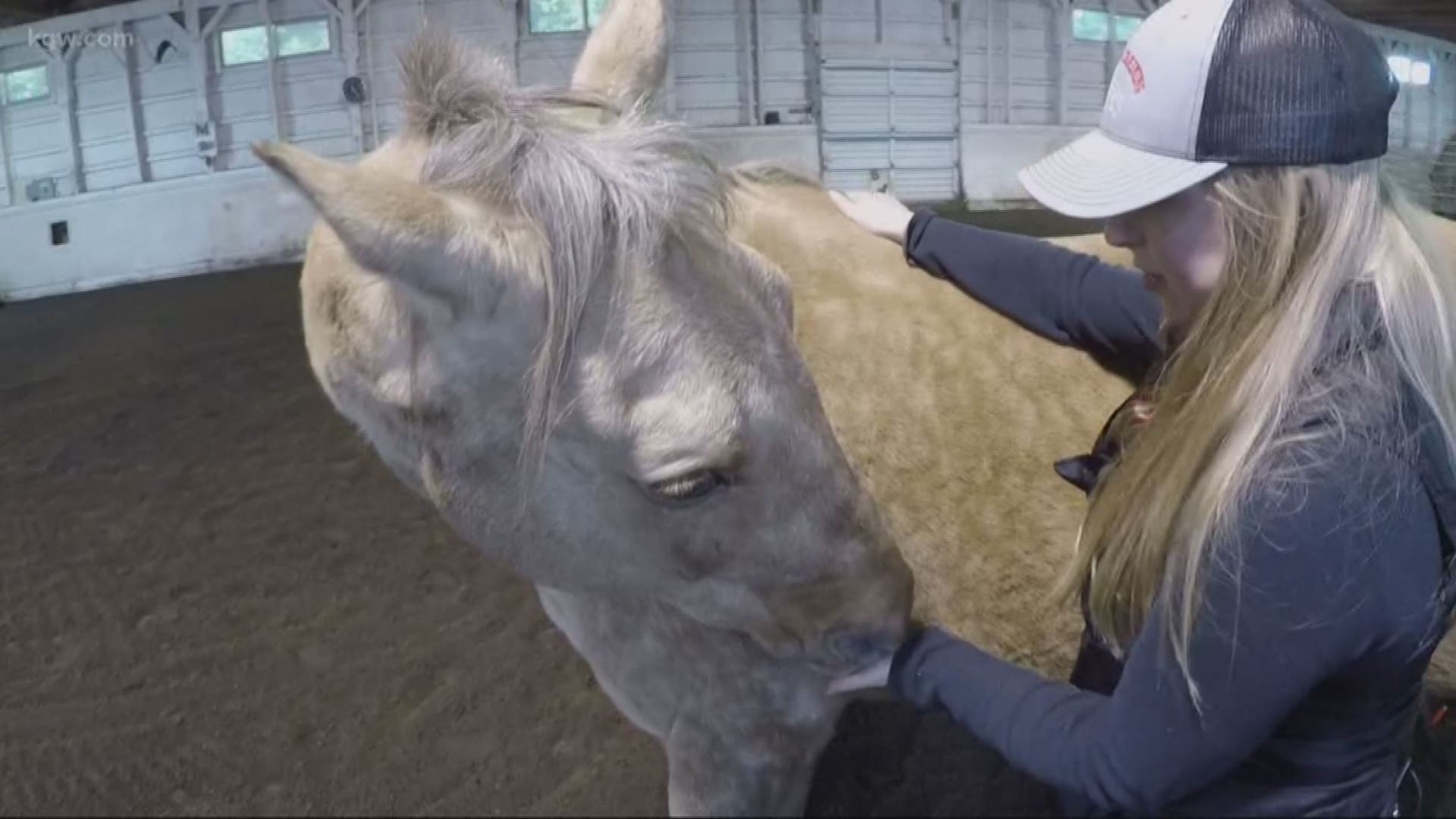 TROUTDALE, Oregon — At a property outside of Creswell in Lane County, animal control officers seized 61 horses, some suffering from severe neglect.

Court documents also showed that 3 others had been found dead on the property. The Lane County Sheriff's Office said property owner Gwenyth Davies was cited for first and second-degree felony animal neglect.

"It was very difficult for me as a horseman to see the conditions that they were in and just to see the horses themselves." Miranda Bowlin helped in the rescue and is the head trainer at Sound Equine Options.

Sound Equine Options is a non-profit out of Gresham that helped in the rescue of those 61 horses. All were brought to emergency foster homes while the case is pending.

"Our job is to take care of horses when they're in protective custody. Keep them safe, get them healthy and the court case goes on," Kim Mosiman, the Executive Director of Sound Equine Options said.

At their training facility in Troutdale, a small number of horses, none of which are from the Creswell case, wait to get adopted to better homes. Bowlin handles Kingsley, an 8-year-old wild male found on BLM land in Wheeler County back in March. Kingsley had a wire wrapped around his ankle, digging into his skin.

"We had to sedate him completely to where he was laying down to get that off," Bowlin said.

Now, 8 months later the wild gelding has become used to a halter and taking commands from his trainers. Bowlin is still working on completely earning his trust.

"Trust is huge. I mean, you're handling a 1,200 pound animal that wants to get away and can kill you if they get scared or get upset and you're not paying attention or don't have the tools or the capabilities of handling them. I mean you can get really seriously hurt."

In a nearby stall, Miracle, a mare in her teens gets led out to the arena for some training. Miracle was rescued in March along with her daughter Doodle. Both horses had overgrown hooves, which if left untreated can cause severe pain in a horse's joints. Doodle had to be put down.

Just like Kingsley, 8 months later Miracle is seen running around the arena at full speed.

When horses go through the full training and rehab process, the final product is seeing them go to a loving family, knowing where they came from.

"That's the best part. I mean you know what that horse came in looking like, what their lives were like and to see them going into homes that are so excited to have them and they're looking and feeling great that's what keeps us going." Mosiman said.