Commissioner Robert S. Womack is calling for the charge against the man arrested to be dropped. 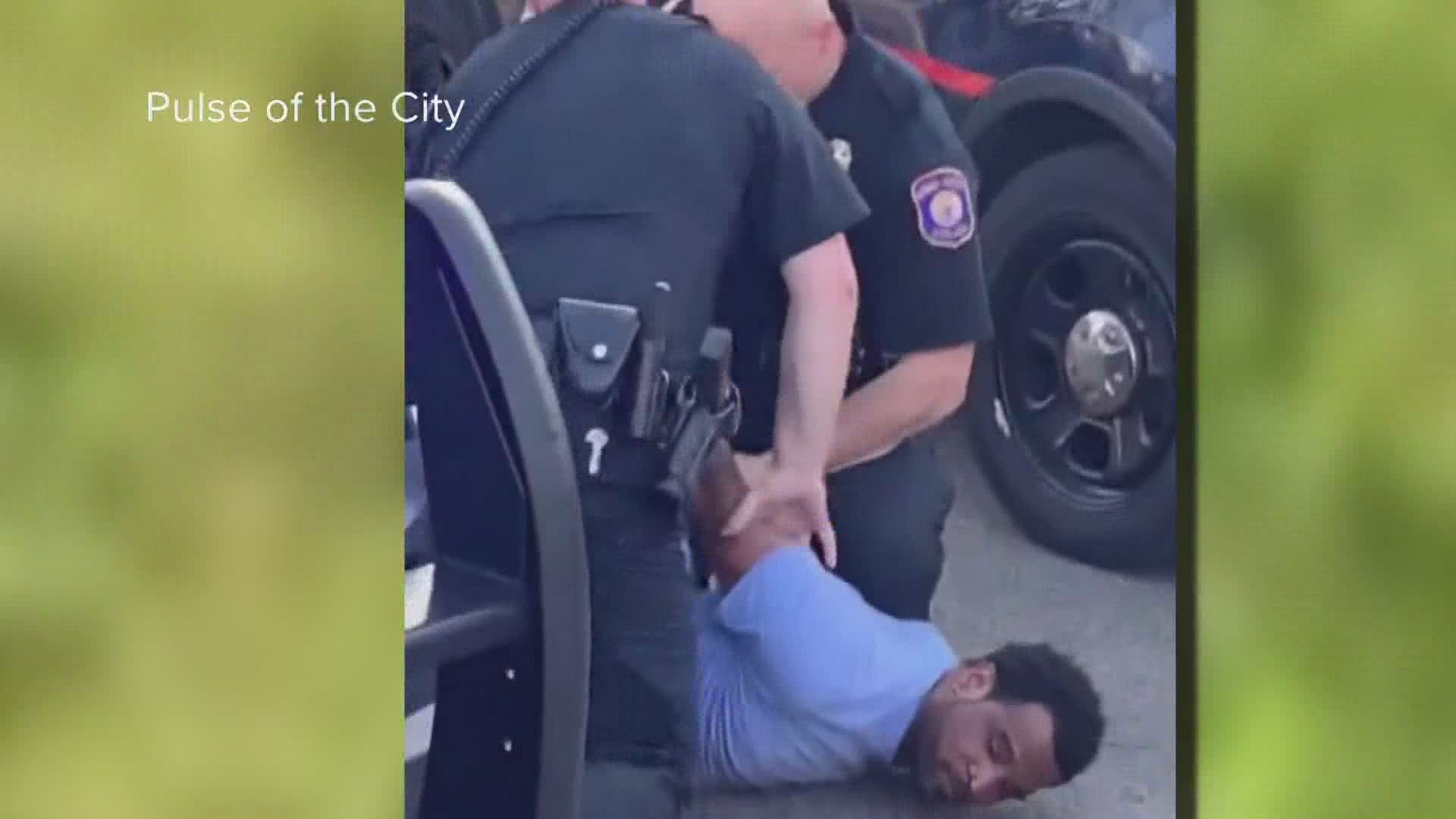 Disclaimer: The video on this article could be disturbing to some.

Before Sam Coleman got out of his truck after being pulled over, witnesses say Grand Rapids Police had their guns drawn.

Family members and neighbors gathered and videoed the arrest that happened on Willard Ave. SE on Sunday evening.

In the video, multiple people can be heard telling police that they "got the wrong person." Police took Coleman to the ground, arrested him and he was later charged with resisting and obstructing after being put in jail. The arrest happened the day before the funeral of Coleman's mother-in-law.

"He's gotta obey lawful commands," an officer said to the person taking the video, who had just informed the officer about the funeral.

County Commissioner Robert S. Womack spoke with the family after the arrest and shared a witness video on his Facebook page.

"I see an incident where the police department had identified the wrong car by some intel they got from a valid person, but it just happened to be the wrong car," Womack said Thursday.

GRPD said they were aware of the arrest, but "cannot provide an interview or statement at this time, as there is an active Internal Affairs investigation into the matter."

Coleman is seen in the video walking toward police with his hands up, when he goes to his knees, witnesses said an officer charged at him causing him to stand up.

"In the police report, they talk about that being a reason for them to use force on him," Womack said. "They've got to refrain from using force when things don't go exactly the way they want it to go, because things will never go exactly the way you want them to go in a traffic stop, with human interaction."

The video does not show parts of the arrest, but at one point officer places his knee in Coleman's back as he's arrested face down on the ground.

"There's a lack of community policing because not one of those police officers, recognized him from the neighborhood, but the rest of us in the neighborhood—all of us know him," Womack said.

Womack is now calling for the resisting and obstructing charge to be dropped.

"He could end up having this on his record for the rest of his life, and it could be detrimental to his business," Womack said.

Womack posted the video to his Facebook page on Wednesday morning. It has been shared hundreds of times since then. Womack posted a video about two weeks prior of GRPD using force during a traffic stop in late March. A Grand Rapids attorney plans to file a lawsuit in that case.

We are aware of the arrest you are referring to, but cannot provide an interview or statement at this time, as there is an active Internal Affairs investigation into the matter. The GRPD continues to be dedicated to transparency and accountability regarding police operations, particularly when it comes to using force. When it is appropriate, and allowable under law, we are committed to providing full context to our encounters and answering the community’s questions and concerns.