GRPD: Union HS student may face charges after bringing a gun to school 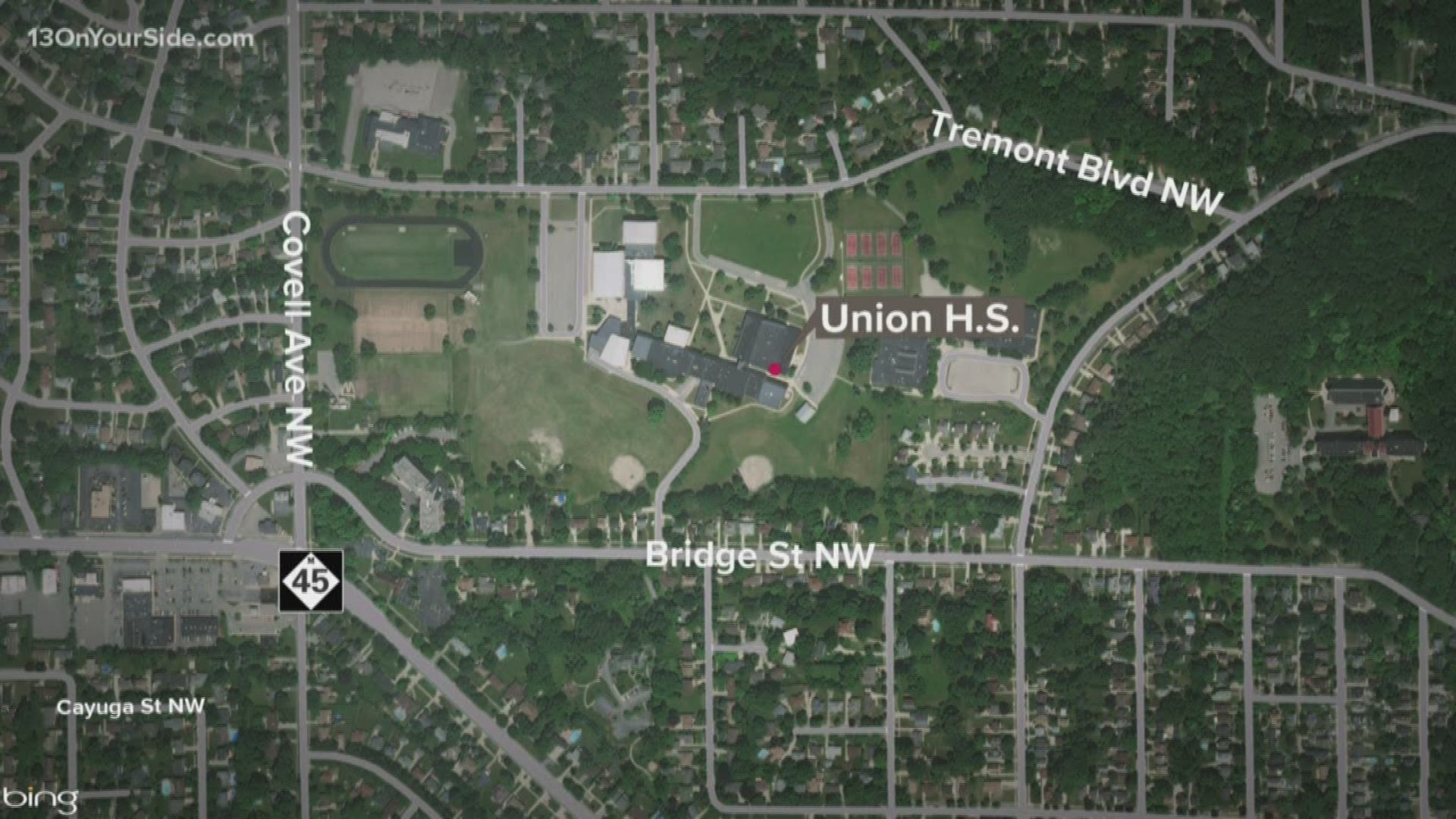 GRAND RAPIDS, Mich. — A Grand Rapids high school was on lock down Thursday morning after a student brought a gun to school.

Grand Rapids Police said in a release a Union High School student reported being threatened by another student. Police were called to the school around 11:15 a.m. and when officers arrived, they learned the student who made the threat was already removed from class by district security.

When officers searched the 17-year-old student's backpack, they found a gun. The student was arrested and is expected to face charges, GRPD's release said.

"This morning, a Union High student notified our Public Safety Department about being threatened by another student. The student in question was pulled from class, placed in custody, and the Grand Rapids Police Department was contacted. As a precautionary measure, the school was placed in a temporary Code Yellow lock down until the student was removed from the building by the police. As part of the investigation, a weapon was found in the student’s book bag. The GRPD is continuing to investigate the situation. Classes returned to normal within approximately one hour." 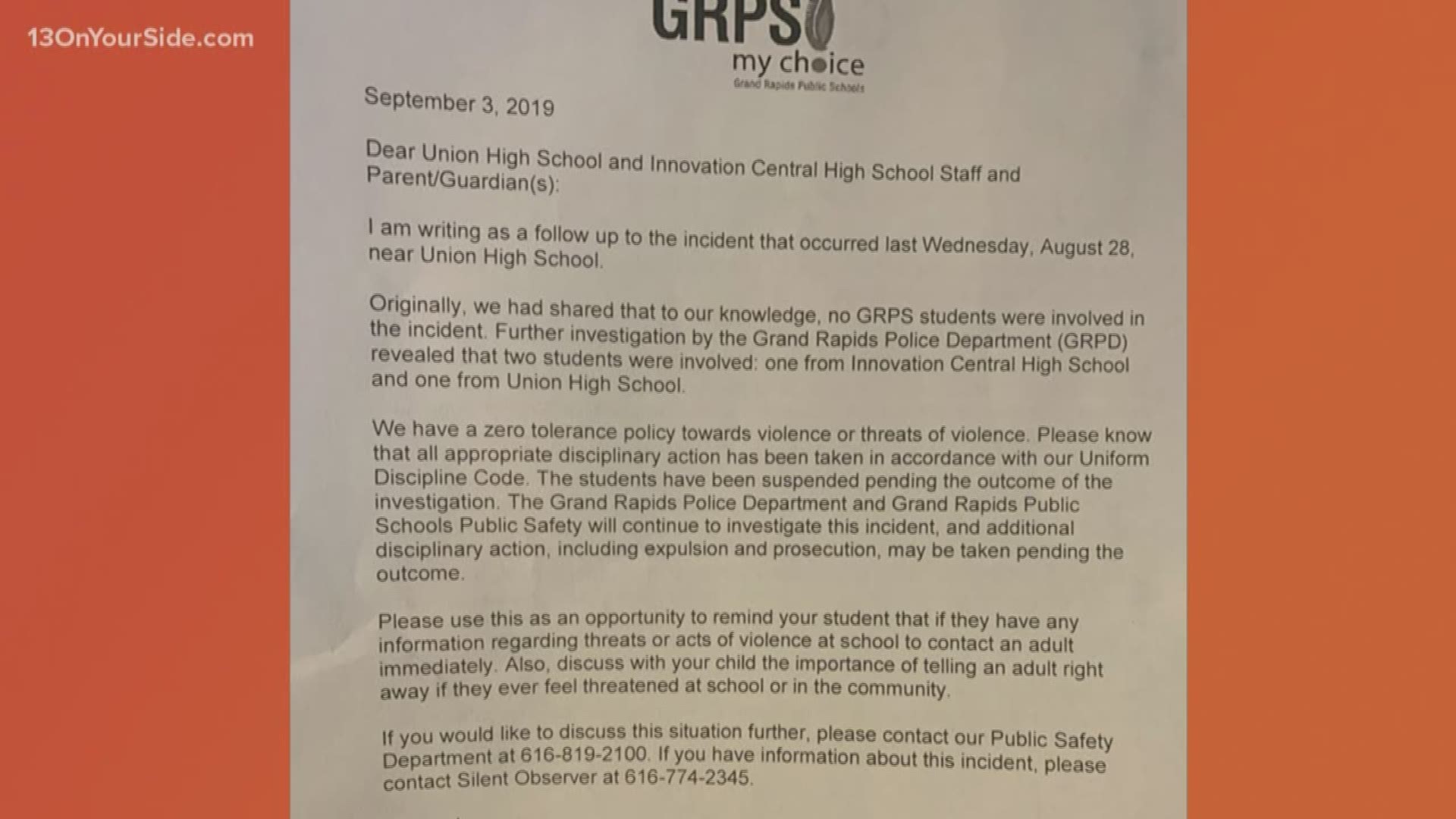