Habitat for Humanity of Kent County has raised $8 of the $9 million they say they need to help 100 people buy homes and repair of rehab another 300 houses in the Roosevelt Park neighborhood of Grand Rapids. 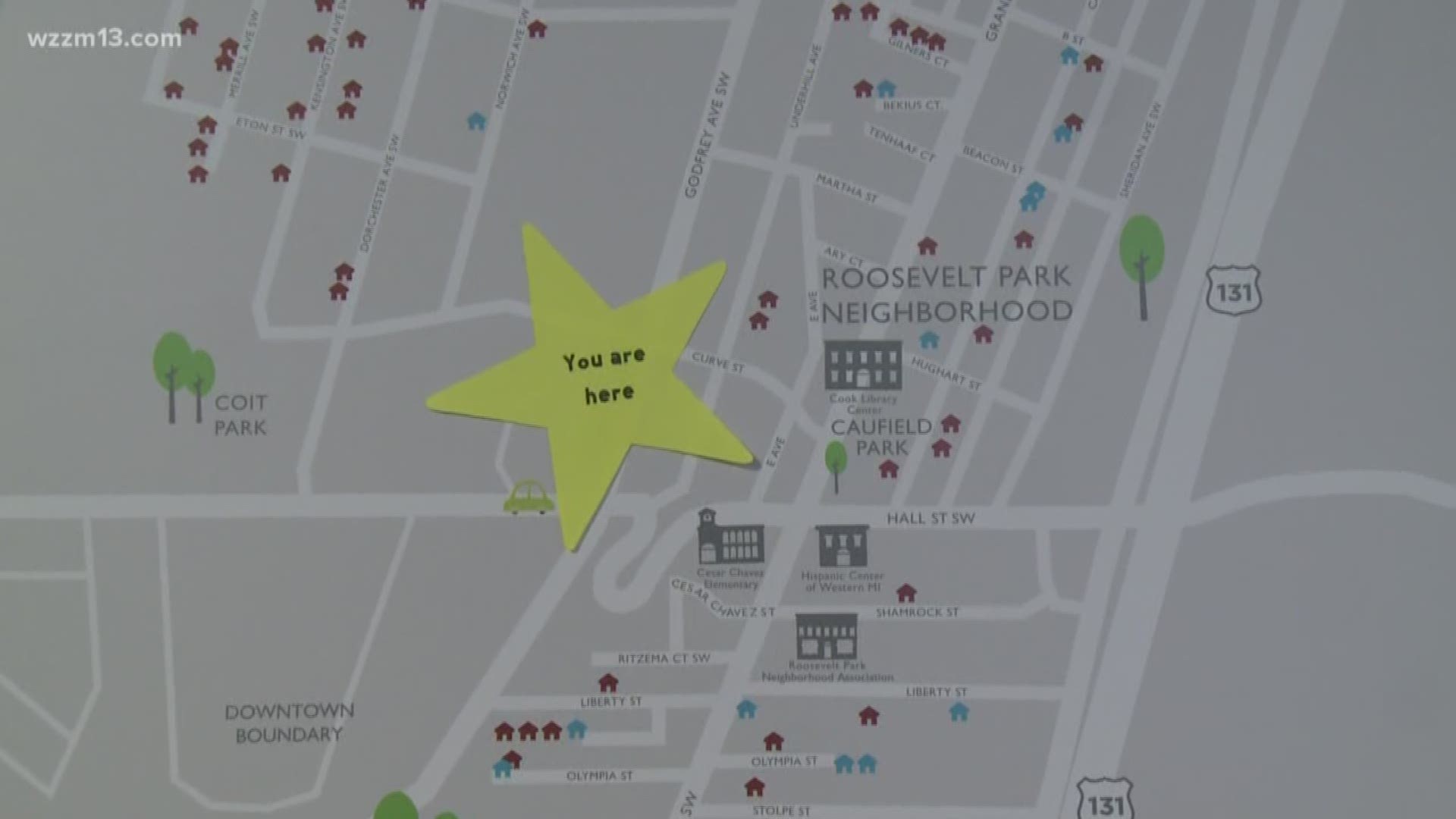 GRAND RAPIDS, Mich. — The Roosevelt Park neighborhood in Grand Rapids is getting a makeover that supporters say will provide all who live there a brighter future.

Habitat for Humanity of Kent County is behind the project.  In a 3-year period, the organization will help 100 families buy homes in Roosevelt Park and repair or renovate another 300.

“This is necessary because housing is foundational to the future of children and families in our community,” explains Habitat Kent executive director, Bri McKee.  “Without that safe and stable place to call home their future dreams can’t be realized.”

Roosevelt Park is a mostly Latino neighborhood with below average incomes. Supporters of Habitat Kent and project Bright Future believe affordable housing will give them a better chance to succeed.

“It can improve education, health, social connection and financial stability,” says McKee. “Simply put it can change the direction of a life.”

At a reception Tuesday night, the Bright Future Campaign Committee said they have raised $8 million of the $9 million needed for the project.

“We have been blown away by the support so far and the generosity,” says committee co-chair, Cameron Young. “We feel like we are supporting the next generation of neighbors in this community and hopefully can help them get a leg up.”

Habitat Kent and 8 partners are also developing what they call “Plaza Roosevelt” in the neighborhood.  It includes affordable homes and rental units, a public high school, expanded health care and a new park.  Habitat Kent broke ground on their portion of that project last year.