“I followed my conscience by advocating publicly for nurses and patients, and I would do it again in a heartbeat,” Howe said 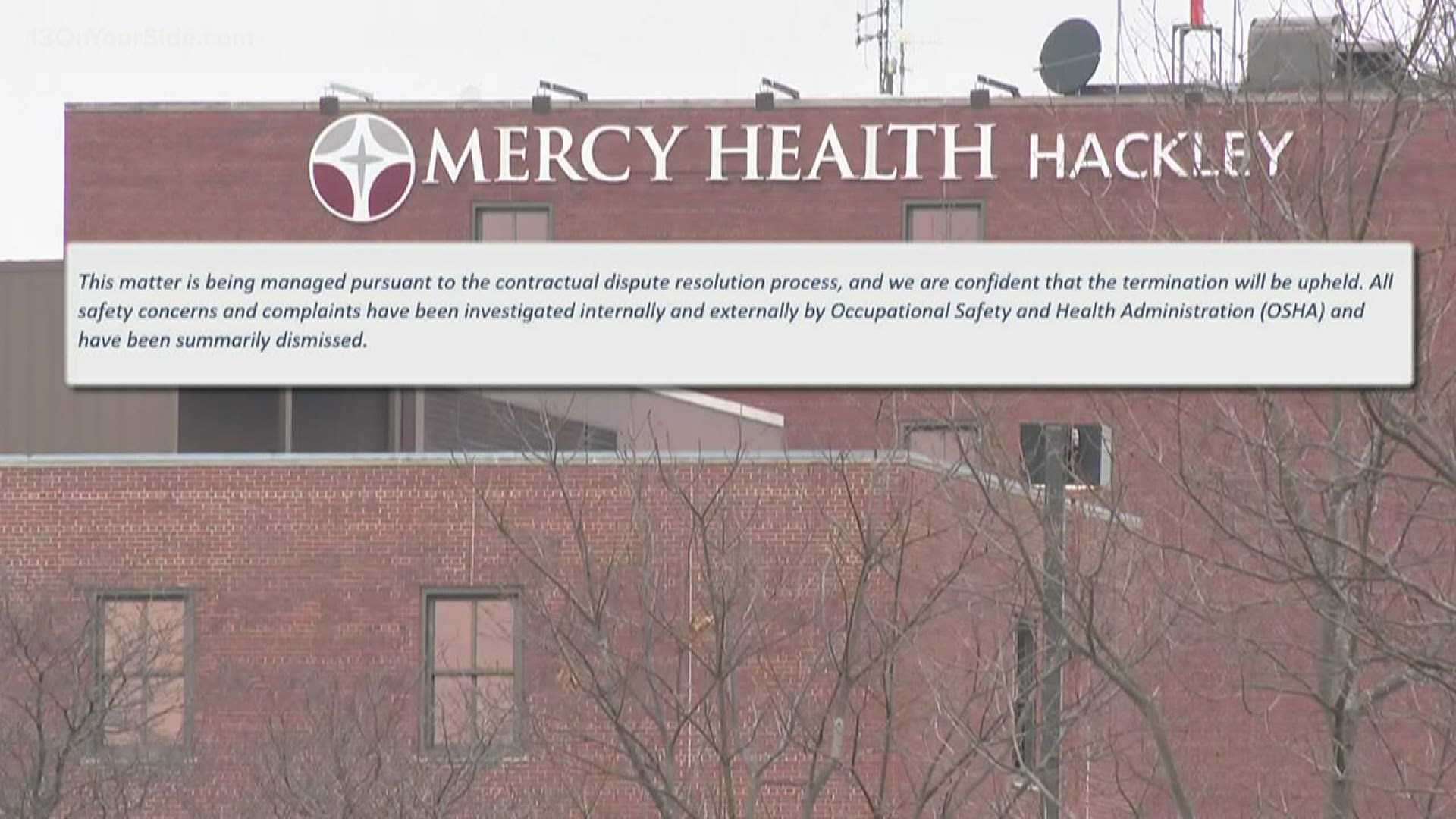 MUSKEGON, Mich. — Justin Howe has been fired from his position as a nurse at Mercy Health Partners’ Hackley Hospital.

Howe spoke to 13 ON YOUR SIDE last month about how nurses at Hackley Hospital say that they were prevented from wearing donated masks and not provided with masks by the hospital.

Howe claims nurses who were wearing N95 masks brought in were told by hospital administrators to throw the masks away because they weren't provided by the hospital.

According to the Michigan Nurses Association, Howe’s termination came on the evening of April 3, days after he had publicly raised concerns about lack of masks and other personal protective equipment.

“I followed my conscience by advocating publicly for nurses and patients, and I would do it again in a heartbeat,” Howe said. “Losing my job is devastating, but the consequences of not speaking out would be even worse. Lives are on the line.”

The Michigan Nurses Association, said the stated reason for Howe’s termination was a violation of the Health Insurance Portability and Accountability Act (HIPAA).

"They made allegations which I adamantly deny," Howe said. "They're false allegations and then they dismissed me."

Jamie Brown, President of the Michigan Nurses Association said Tuesday Howe had the right to speak about safety concerns for nurses at Mercy Health's Hackley campus.

Brown says other hospital staff in Michigan have also been fired for raising safety concerns about conditions inside the hospitals they work for.

"It's happening across the U.S.," Brown said. "All we are doing is trying to protect ourselves so we can take care of our patients and our community without getting sick."

After more than one request from the Michigan Nurses Association following Howe’s termination, the hospital has not provided full documentation to support their claim, the nurses association said.

Mercy Health sent 13 ON YOUR SIDE the following statement Tuesday:

This matter is being managed pursuant to the contractual dispute resolution process, and we are confident that the termination will be upheld. All safety concerns and complaints have been investigated internally and externally by Occupational Safety and Health Administration (OSHA) and have been summarily dismissed.