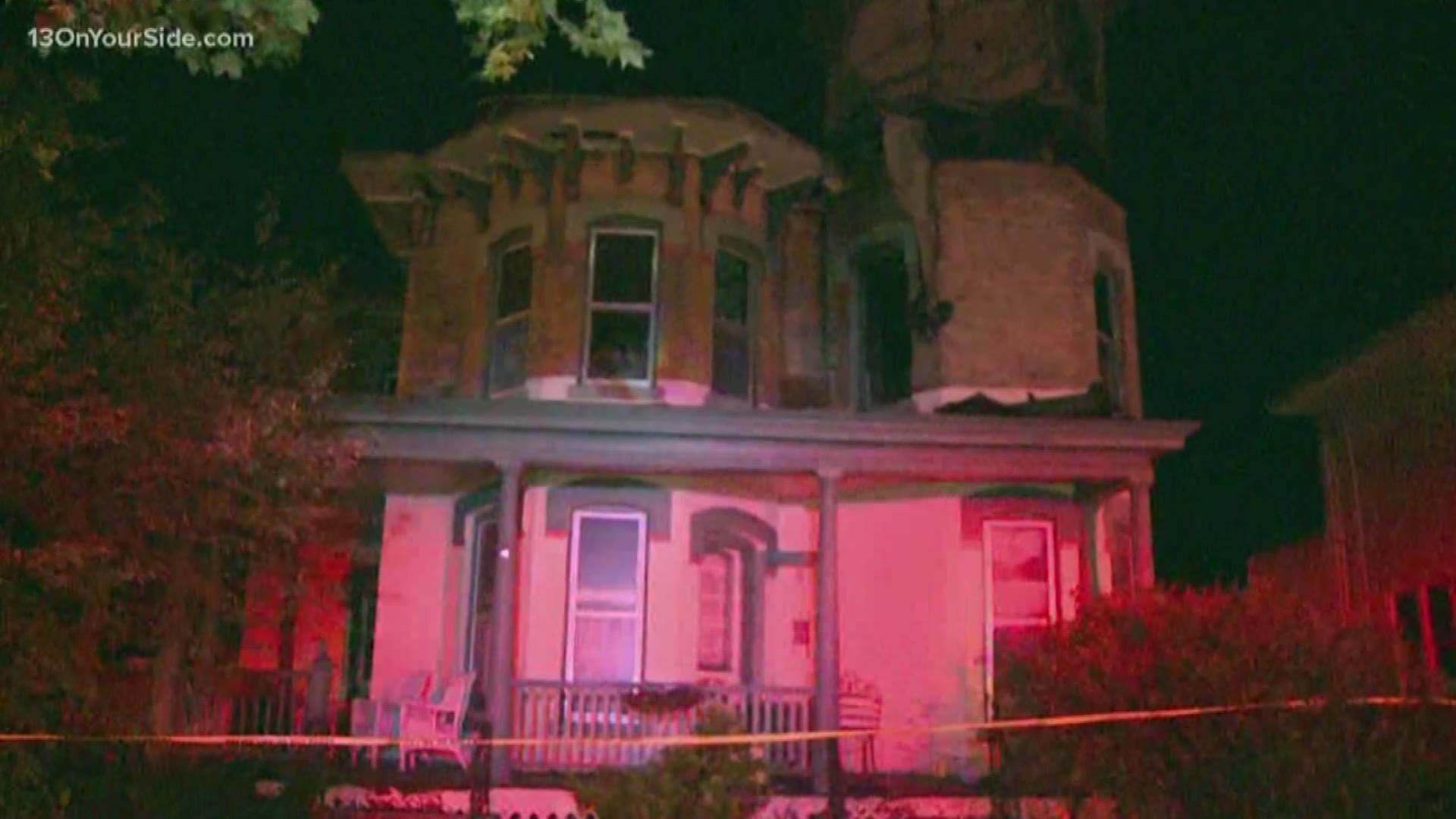 IONIA, Mich. - If it's not a total loss, it's pretty close. That's what Ionia firefighters are saying about a historic home that caught fire on Main Street late Monday, July 15.

The fire quickly spread and firefighters say it took them a long time to put it out. At first when they tried to go in the home, the heat from the flames was too intense, so they fought the fire mainly from the outside.

The fire eventually spread to the roof and the cupola. That cupola is now leaning, which prompted firefighters to tape off the area surrounding the home because they were worried it might fall or collapse.

Two people were in the home when the fire broke out. They were able to make it out safely.

The Ionia Fire Department got a new ladder truck around three weeks ago. Firefighters say this was the first time they needed to use it.

Credit: Courtesy of Tours Around Michigan
An undated photo of the historic Ionia home, before it was badly damaged in a late night fire on July 15.