According to the EPA, an estimated 843,000 gallons of oil was spilled.

Credit: AP
FILE - In this July 29, 2010 file photo, a worker watches water come out of a pipe in Talmadge Creek where booms have been set up to contain an oil spill in Marshall Township, Mich., near the Kalamazoo River. The spill of an estimated 210,000 gallons of crude oil in South Dakota on Thursday, Nov. 16, 2017, from TransCanada's Keystone Pipeline is one of the largest onshore oil or petroleum product spills since 2010. This 2010 spill is one of the top 20 spills during that period as reported to the U.S. Department of Transportation. (AP Photo/Paul Sancya, File)
Author: Amy McNeel
Published: 10:54 AM EDT July 25, 2020

On July 25, 2010, an oil spill was found in Talmadge Creek, a small tributary to the Kalamazoo River near Marshall.

The spill was the result of a ruptured Enbridge Energy Partners, LLC. pipeline.

According to the United States Environmental Protection Agency (EPA), an estimated 843,000 gallons of oil was spilled.

Heavy rains caused the river to be especially high, leading the water to flow over existing dams. The oil was carried at least 35 miles downstream on the Kalamazoo River. It was later contained approximately 80 miles away from Lake Michigan.

About 3,000 animals — mostly turtles, geese and other water birds — were collected, cleaned and released or maintained in captivity, according to the Kalamazoo River Watershed Council.

What came next was months of cleaning; public access to the river did not start reopening until 2012. However, it wasn't until 2014 that the EPA announced the cleanup was complete.

On Saturday, July 25, 2020, 10 years after the spill, a Facebook group called Kalamazoo Remembers is hosting a virtual "Kalamazoo River: Day of Remembrance" event.

The event is taking place from 1 to 5 p.m., will include guest speakers and performers, and will be live streamed on the event Facebook page.

1 / 8
ASSOCIATED PRESS
Maria Albright, right, with the Michigan Department of Natural Resources and Environment, and Andrea Gilstead of Focus Wildlife, apply an identification band to a Canada Goose before its release Wednesday, Oct. 6, 2010, at an emergency wildlife response center set up by Enbridge Inc. in Marshall, Mich. Close to 90 percent of the 2,300 animals captured and cared for overall since the late July oil spill polluting the Kalamazoo River have been turtles and about 99 percent of the turtles rescued have survived, a better rate than for birds and other wildlife contaminated by the pollution. Most of the turtles already have been cleaned, rehabilitated and returned to the wild in time for this winter's hibernation. (AP Photo/Al Goldis) 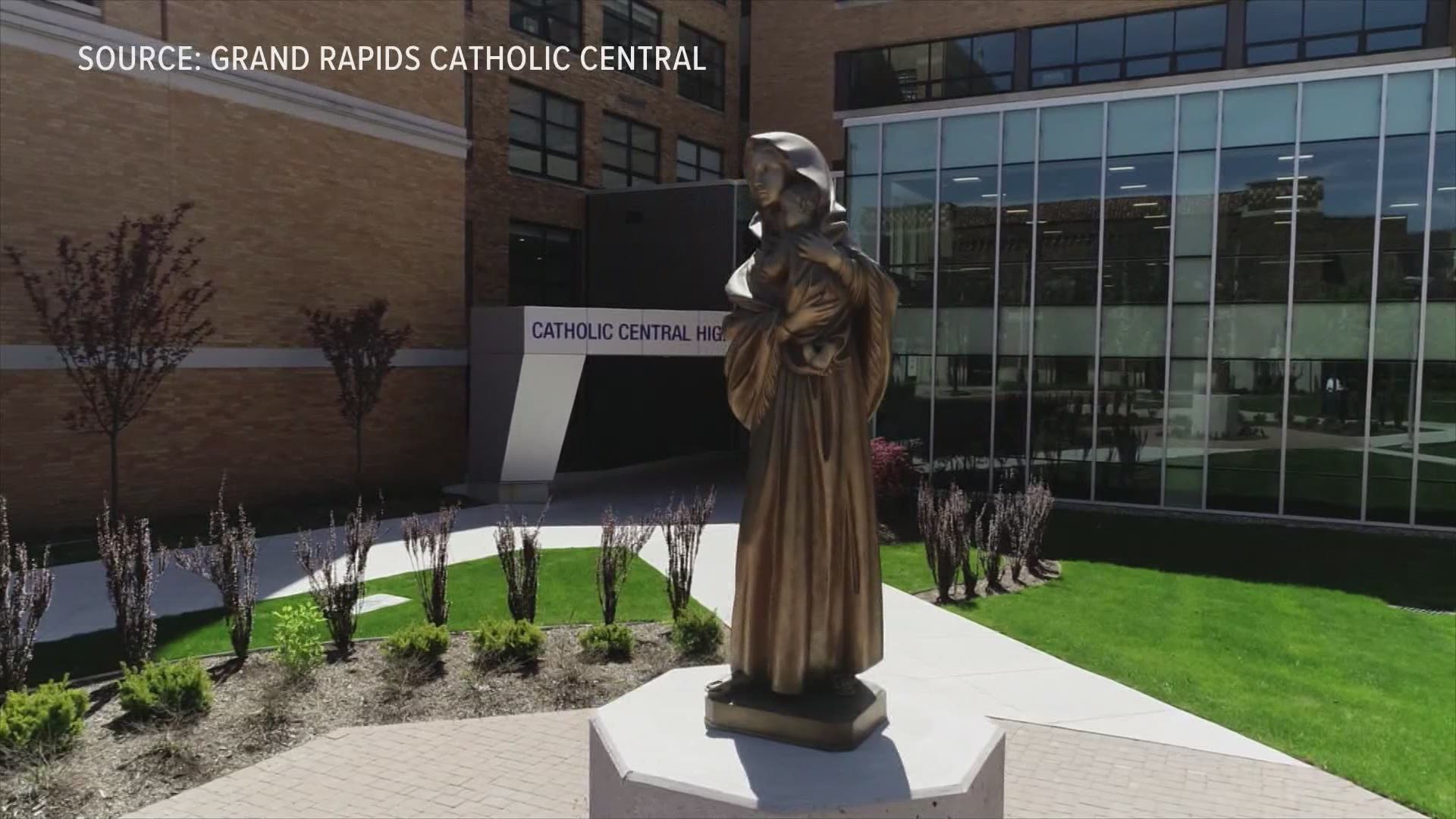