"I'm sure my Mother will tell me well done and I hope she's proud." 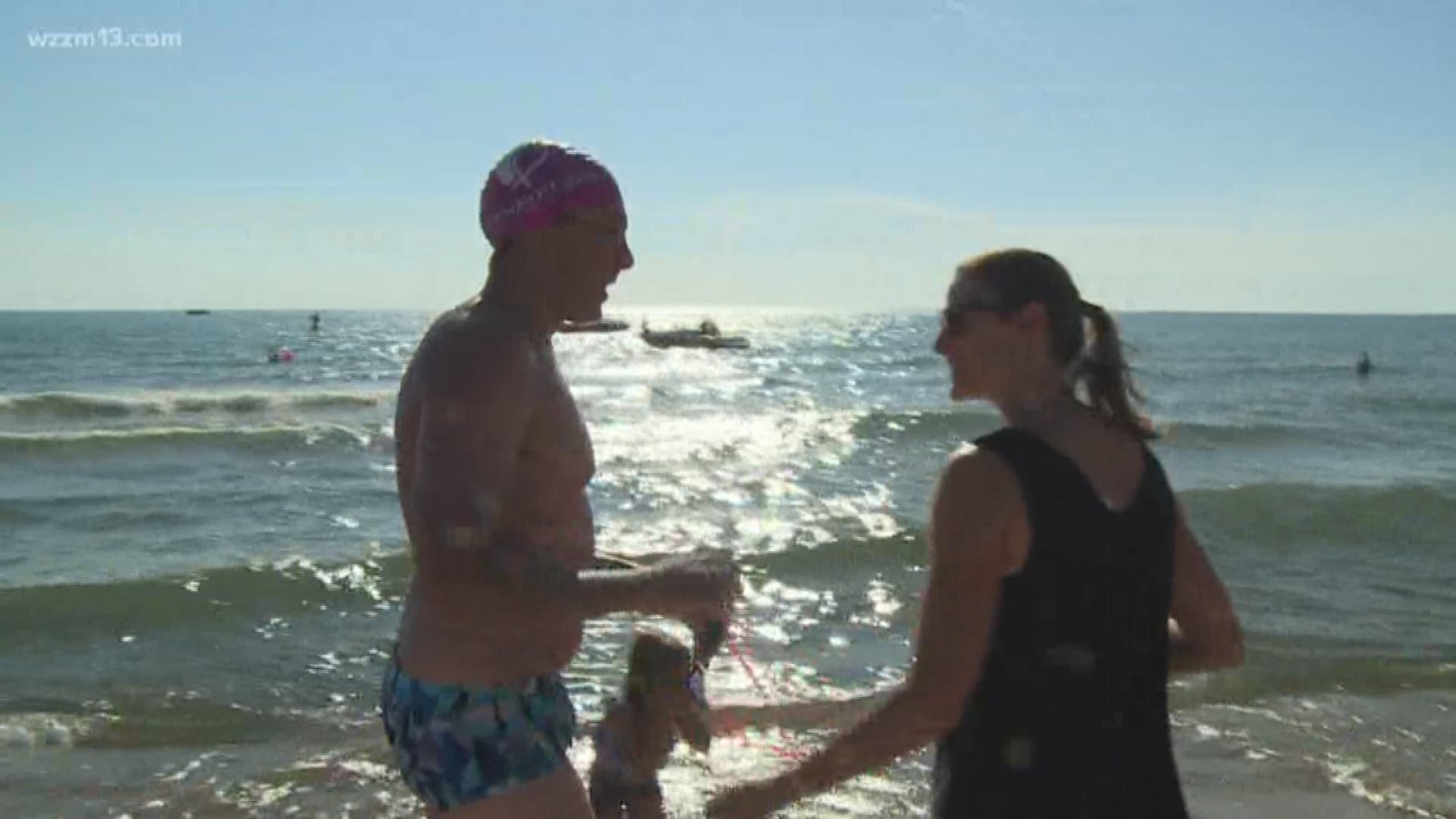 GRAND HAVEN, Mich. — When 13 ON YOUR SIDE first spoke to Nick Hobson last week he was feeling nervous.

"It's really fear of not finishing. It's three times longer than I've ever done before," says Hobson.

Nick's plan to swim 20 miles in Lake Michigan from Holland to Grand Haven was inspired by his mother who is a breast cancer survivor.

"I used to come home from school with my younger sister and my Mom would be curled up on the couch crying," says Hobson.

Nick's swim began at sunrise Tuesday morning in Holland. A boat accompanied him for safety but even during short breaks he remained in Lake Michigan treading water.

Then after 11 hours in Lake Michigan, Nick finally reached his goal.

"It was a tough swim, much tougher than I thought it would be—overall just super happy to be finished," says Hobson.

The money raised will go towards Michigan non-profit the Pink Fund which helps those battling breast cancer. As for Nick, he says his time in the water was filled with thoughts about one special person.

"I'm sure my Mother will tell me well done and I hope she's proud," says Hobson.

You can donate to Nick's breast cancer cause here.