As people continue to encounter the bear experts want to be sure you know how to avoid a situation like that all together. 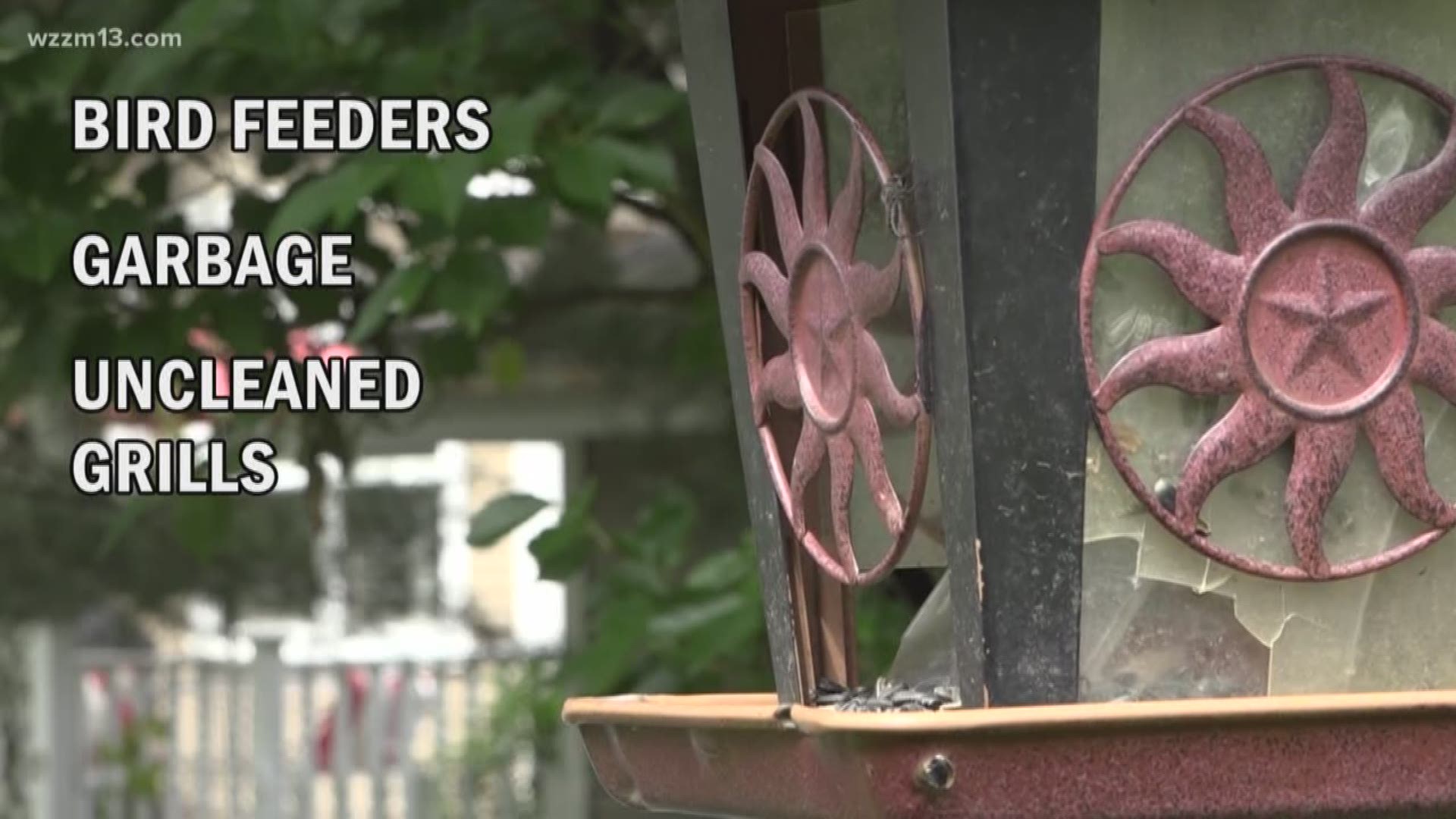 "Pretty neat to see that," Jack McConnell said. The Holland resident can attest to that.

"It's kind of like your heart starts beating and you're like,'Ugh he is a big bear!'"

A bear has made the rounds along Lakeshore Drive in Holland. It eventually found itself in McConnell's backyard a few days ago.

"I thought maybe it's not a bear, maybe it's a log," he said. "So I started inching closer to see and all the sudden it moved and put its head up and looked at me and I thought, 'Oh no it's a bear! It's a big bear!'"

As he tried to snap a photo it made a run for it. John Niewoonder a Field Operations Manager with the Department of Natural Resources tells 13 ON YOUR SIDE a bear spotting this time of year is pretty common.

Niewoonder said you may not realize it but you're probably giving that bear a free meal. Bears are attracted to bird feeders, garbage left out, and even an uncleaned grill. The best practice is to avoid leaving these kinds of items outside.

DNR is not going after the bear since it's in its natural habitat and not causing any serious problems but they are keeping an eye on it.

"We're kind of monitoring the situation and hoping that he [the bear] finds his way out of there and to a more rural area," Niewoonder added.