City Council will discuss the issue again on Aug. 28. 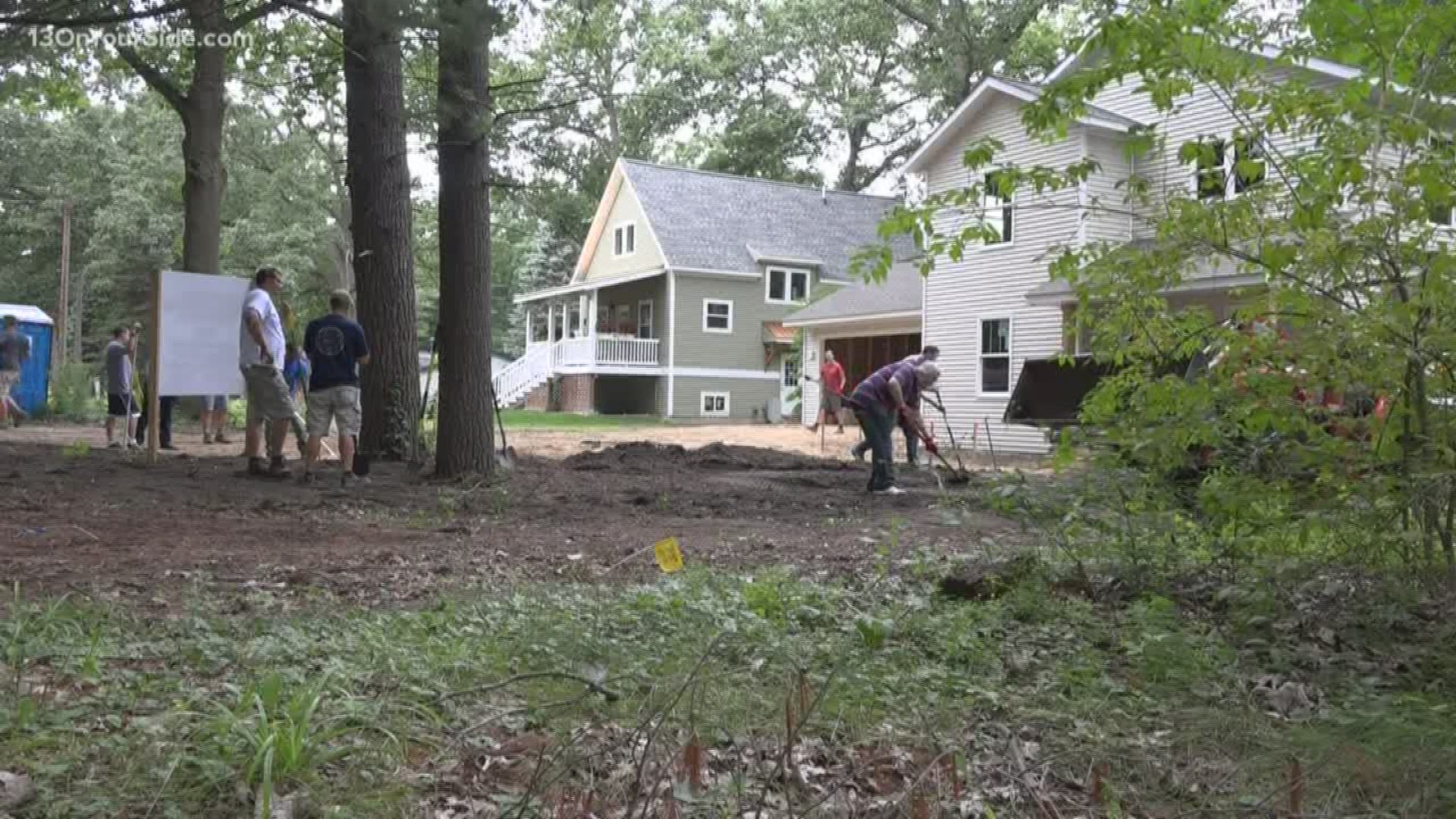 HOLLAND, Mich. — A piece of city-owned land in south-central Holland is getting a lot of attention from neighbors and developers.

"It doesn't happen very often that the city has a parcel that potentially is being made available for development," said City Manager Keith Van Beek.

The city whittled down the options to two proposals: one from Darby Enterprises and another joint venture between Lakeshore Habitat for Humanity and Jubilee Ministries.

The Lakeshore Habitat and Jubilee proposal calls for 20 mixed income homes, which would serve people making between 30 and 120 percent of the area median income.

"The intention that we would build over there are several single family homes with just a few duplexes to make them multi-family homes," said Don Wilkinson, executive director of Lakeshore Habitat.

Several neighbors living off W 36th have passionately opposed any development in what they call "the Woods." One posted signs on local trees reading, "SAVE OUR GREEN SPACE."

"It pretty much should stay kind of rural," said Matthew McIntosh. "It would obstruct all the nature."

The city required that trees and a buffer strip would be maintained between the development and surrounding properties to mitigate any impacts of development, Van Beek said.

Recently, Dick Darby pulled his proposal from the running. In a letter to the city, he cited the buffer requirement and a dragging process as reasons, which leaves city council with two choices, Van Beek said.

"[Now] there is a choice to reverse their decision earlier in April to declare this property a surplus, and it would stay in some fashion the way it is, or [they can] move ahead and enter into an interim agreement with [Habitat and Jubilee]," he said.

Getting this property would be another positive step towards meeting the immense need of affordable housing in Holland, Wilkinson said.

"In 2018, [Lakeshore Habitat and Jubilee] were the only two contractors that were building homes for $150,000 or less," he said. "We're fitting the need of the first-time buyer and the single mom that has a job at Target. We really are trying to help them."

Van Beek is recommending the City Council vote on the issue at an upcoming September meeting. Officials will discuss the potential development at an Aug. 28 study session.