A magical thing: What a Holland man wants you to know about lake surfing

Strong winds and storms brought some dangers Tuesday, Sept. 3. But it wasn't all bad. 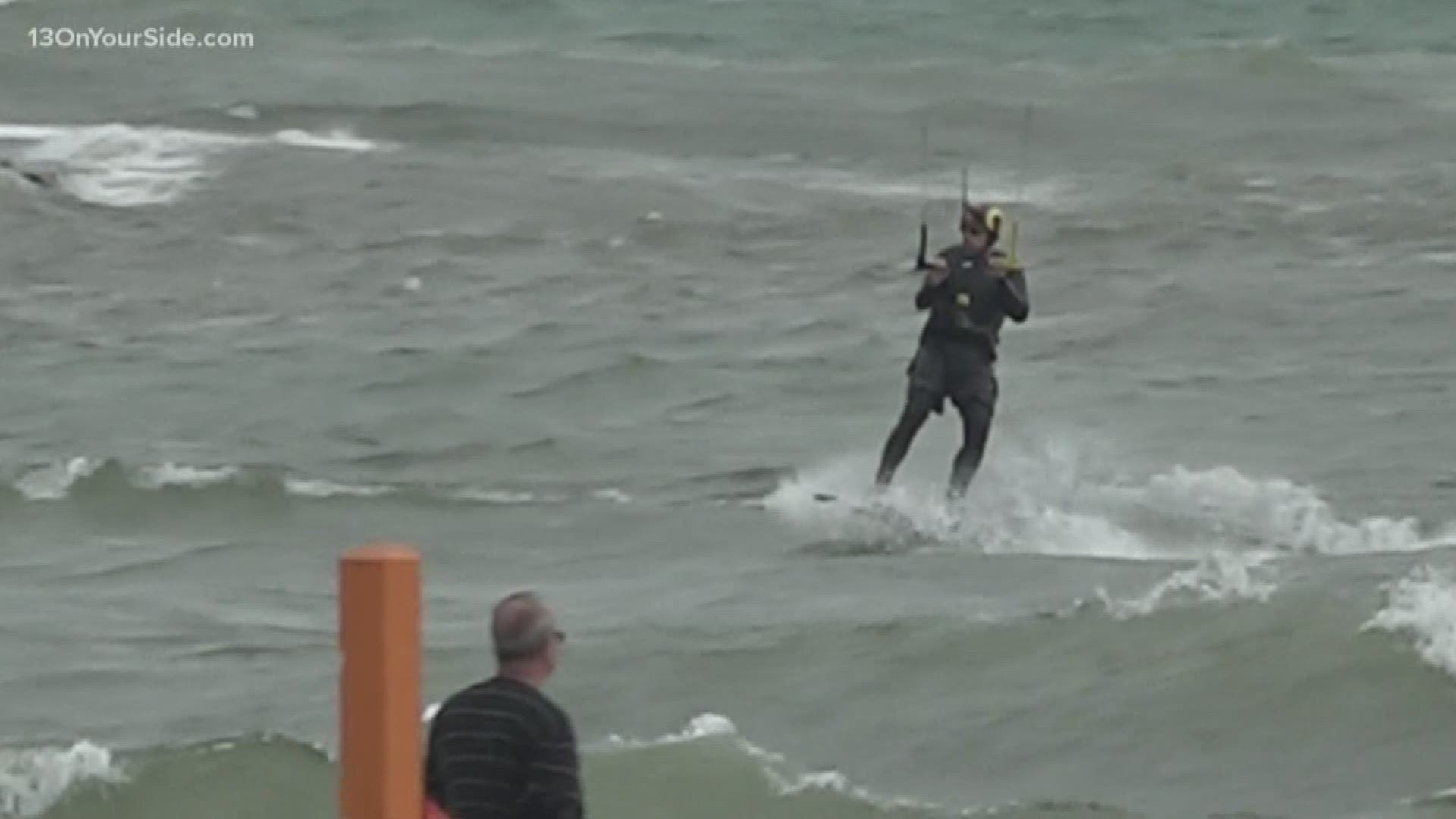 PARK TOWNSHIP, Mich. - You didn't have to look far to find people taking advantage of strong gusts at Holland State Park. When I pulled up in the parking lot of the beach I immediately saw five kites hovering above the water, each with a thrill seeker on the other side of the line.

As I got closer, I saw them in action, moving quickly across the waves before a small crowd of people on shore enjoying the water from a distance.

Admittedly, I'm not a strong swimmer, so I too kept my distance at the advice of our meteorologists at the station. But I caught myself wondering what kind of experience you need to do some of the amazing things the athletes in the water are doing. As luck would have it, I soon met Ryan Kuja, who gave me the answer I was looking for.

Ryan lives in Holland, but he's not a West Michigan native.

"I've lived a lot of places—Washington, California, South Africa and beyond," he said.

All of those areas have vast coastlines, and that's no accident. Ryan loves to surf. He's done it all over the world for the last 22 years, and that's what brought him to Lake Michigan on this occasion.

"There's a lot of people out. Water's warm, which is nice," he said, explaining that all he needed was a thin wet suit. "Good glides. Good day."

If you're wanting to test the waters (sorry, I had to) of surfing, Ryan says it starts with a lesson where you're going to be taught some basics that could end up saving your life.

"Learning how to look for rip currents, learning about the etiquette, and safety in terms of boards," he said. "Actually the most dangerous thing with surfing is getting hit by your own board or with someone else's board."

While West Michigan might not strike people as the surf capital of the world, we definitely see an uptick in waves and surfers when the weather is crummy and Ryan says that's actually one of the things that differentiates lake surfing from ocean surfing.

"These waves on Lake Michigan tend to be closer together. The interval between the waves is shorter. Today is probably not a world-class day but it's still fun to be out and get some turns in."

Ryan urges people to try surfing but says be careful if you do because it can be life-changing.