The congressman emphasized the importance of supporting police officers. 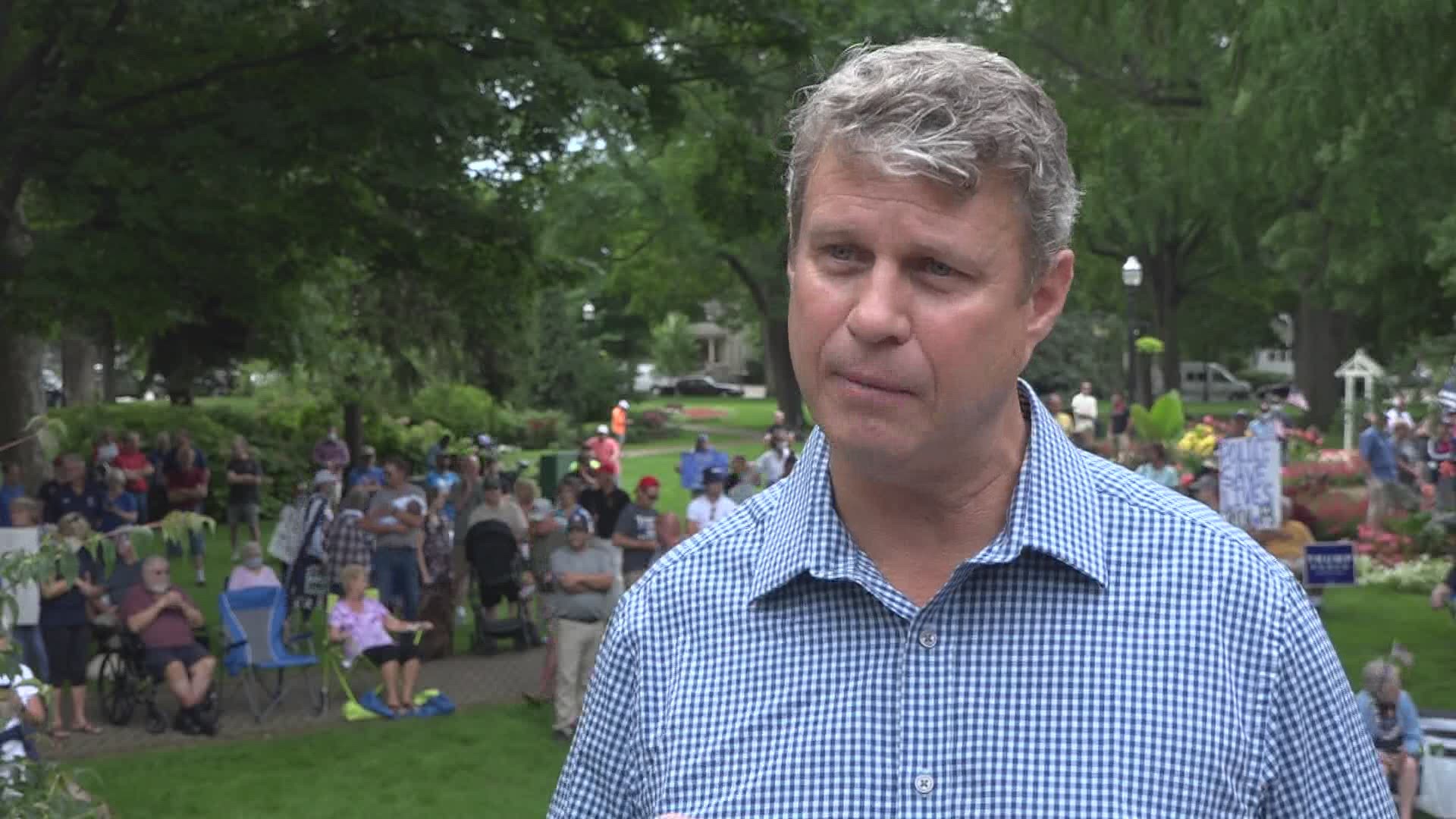 HOLLAND, Mich. — Saturday morning, a couple hundred people attended a 'Back the Blue' rally in Holland to show support for law enforcement.

The congressman emphasized the importance of pro-police rallies to say thank you to officers and their families.

"This is a dangerous job and people are literally putting their lives on the line. We need to support them," said Huizenga.

Events like these have popped up in response to protests that have continued over police brutality and racism in the wake of George Floyd's death. Many demonstrators are calling for police reform, saying cities should re-allocate some police resources to fund more community initiatives under the phrase "defund police."

Huizenga said in talking with law enforcement officers, he hasn't met one that wasn't "sickened" by the death of George Floyd, who died after a Minneapolis police officer kneeled on his neck in May.

But the congressman criticized the idea of reworking police funding.