Zeeland student's art to be featured in U.S. Capitol building 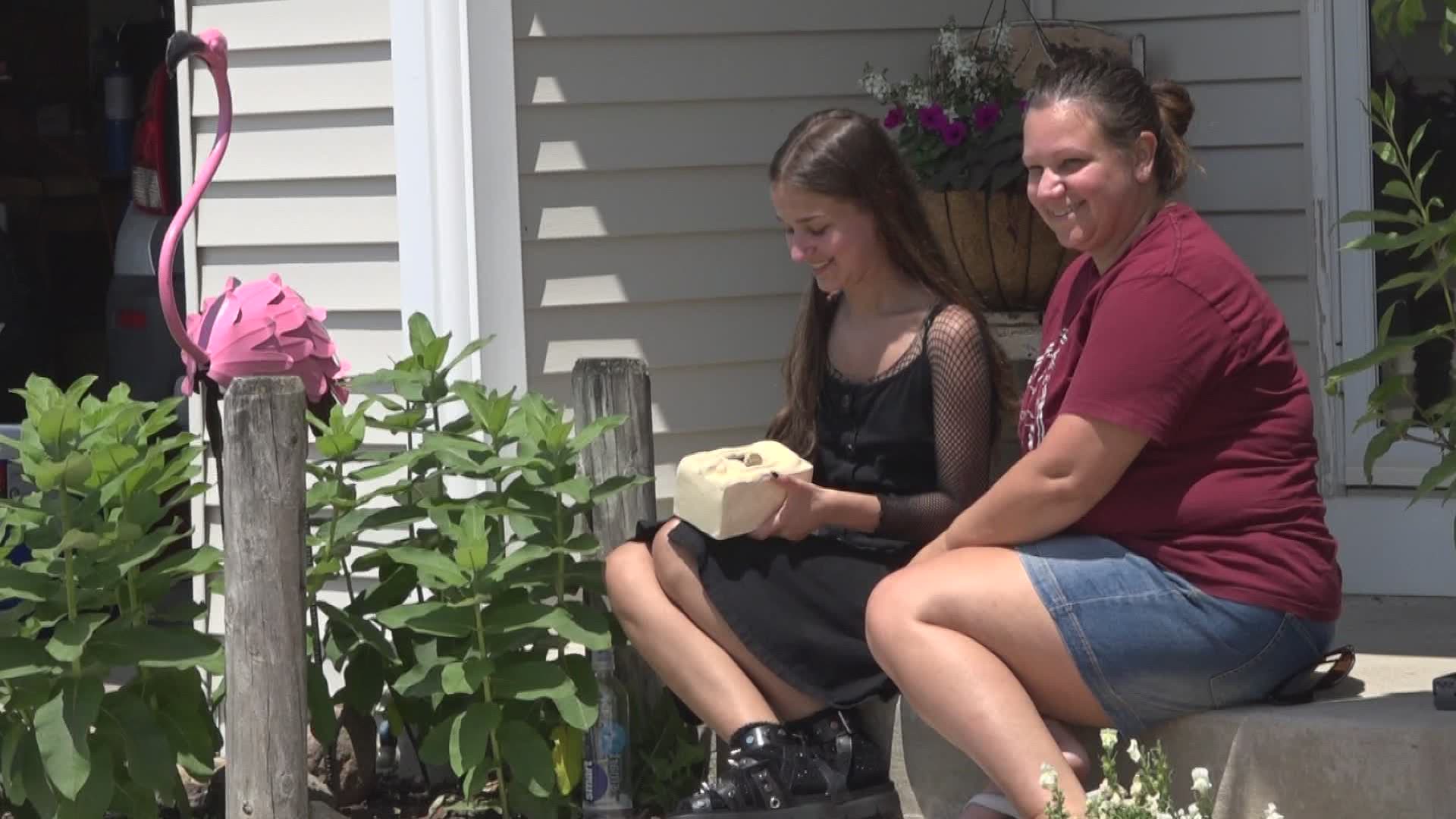 ZEELAND, Mich. — When she was in middle school, Jody Brown's mom Elizabeth noticed her daughter was becoming a tremendously talented artist.

"She’s always been a doodler and she just got into it to help her with stress and anxiety. It was a tool that she used for that and she enjoyed doing it so much," Elizabeth said.

Ever since, Jody has been participating in art competitions and she's already won several of them. Her latest victory assures that her art will be viewed by some of the most powerful people in the United States.

Jody won the Congressional Art Competition for Michigan's Second District with her piece 'Inaccurate Portrayal of a Pencil Witch: Volume One.' The self portrait was drawn mostly with colored pencil, and a touch of gold paint.

"I was just kind of cleaning up my art supplies and I had them all piled kind of and I thought it looked cool so I just put it on my head," Jody said.

"I know she enters into competitions through school but I don’t always know what she’s entering in so I was really surprised," Elizabeth said.

"When she said that Jody won I was just really surprised and couldn’t wait to tell her when she got home that her piece is going to the Capitol."

The artwork will be on display for a year, along with pieces from other students across the country.

“The ‘Inaccurate Portrayal of a Pencil Witch: Volume One’ is an expressive and detailed visualization of your incredible talent. This piece is a fantastic representation that shows the skill and creativity of young artists across West Michigan. ”

"It’s pretty cool. I wish we could go see it but we can’t with everything that’s going on but it’s cool," Jody said.

Jody encourages other people who have interest in art to work hard and keep practicing.

"Share your stuff with people. Don’t keep it to yourself, because people might like it and want you to make something for them and it’s just a cycle where you just keep making more stuff and get more practice," she said.

Two Zeeland West students, Makayla Borgman and Grace Bos finished 2nd and 3rd place in the competition and their works will be on display in Congressman Huizenga's office in Grandville.