The senior director of the wildlife sanctuary said she hopes India will spend the rest of his life at Black Beauty Ranch. 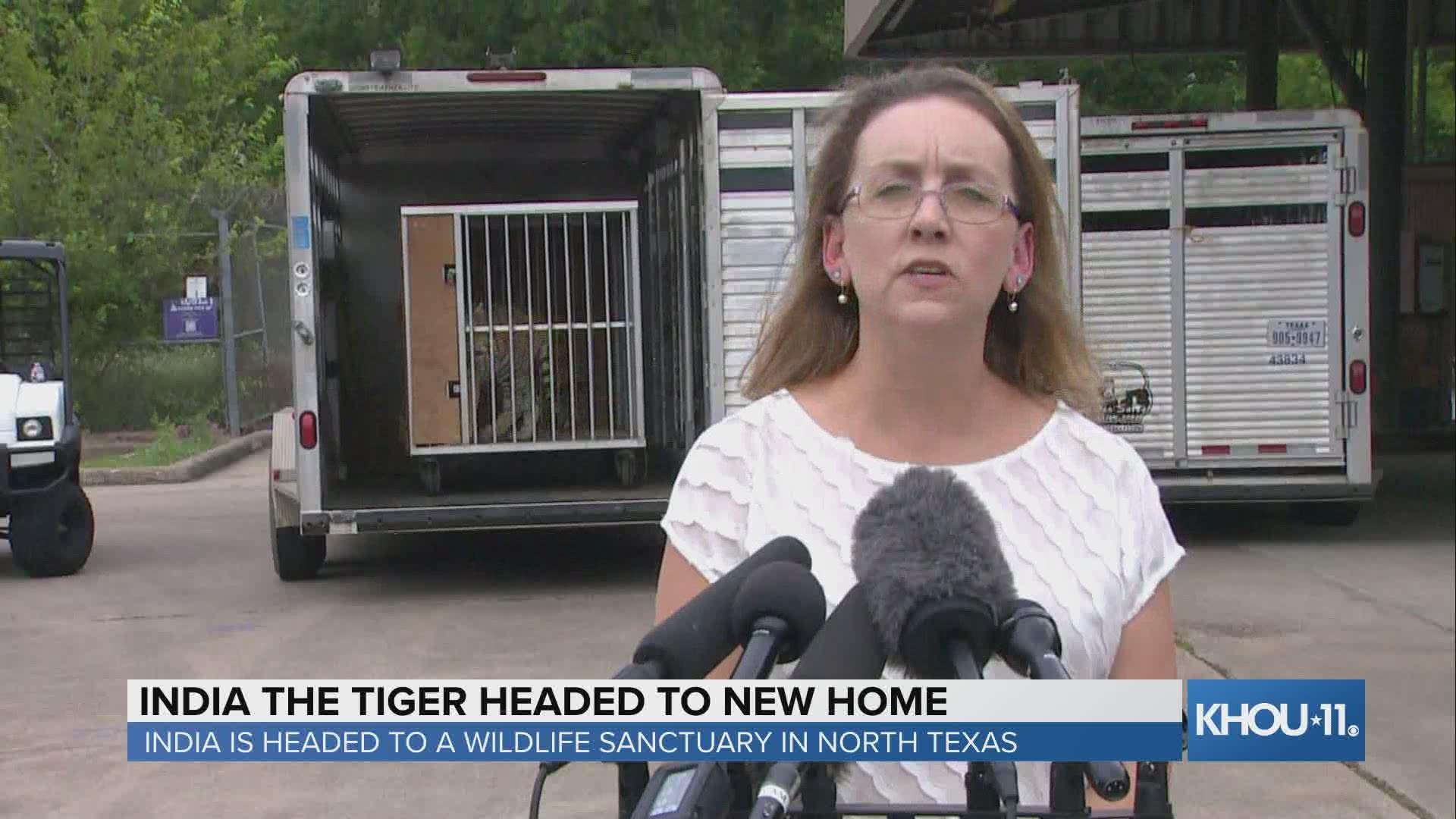 HOUSTON — India the tiger is saying bon voyage to Houston as he heads to his new home in North Texas.

The big cat is headed to the Cleveland Amory Black Beauty Ranch in Murchison, Texas, which is about three hours away from Houston.

Noelle Almrud, the senior director of the sanctuary, said when India arrives at the wildlife shelter, he will go into quarantine for 30 days before being introduced to a half-acre naturally wooded habitat with pool and trees.

“They do not belong in people’s homes, they belong in the wild and when they can’t be in the wild we as a sanctuary are happy to step up and take them," Almrud said.

The quarantine is to make sure India is not contagious and won't potentially give the other cats any diseases or viruses, but Almrud said India looks visually healthy and nothing appears to be wrong with him.

Almrud said she hopes India will spend the rest of his life at Black Beauty Ranch and is grateful the big cat is no longer a house pet.

“While they are beautiful and majestic, they are wild,” Almrud said. "While he is playful at this age, as an adult, he can be deadly."

RELATED: 'India' the tiger to be taken to North Texas animal sanctuary after being turned over to Houston police last night

READ: They went into a vacant Houston home to smoke pot ... and found a tiger inside

Almrud hopes to introduce India to the other tigers but said their interaction will depend on their personalities.

Almrud said Black Beauty Ranch is a 1,400-acre property that houses over 800 animals among 40 different species. Almrud said most have come from cruelty, neglect or law enforcement seizures.

The sanctuary is not open to the public on a regular basis, but it offers scheduled tours to educate people on why the animals come to the sanctuary.

Black Beauty Ranch is the largest and most diverse sanctuaries in the U.S. and is operated by the Humane Society of the U.S.

Victor Cuevas, the man at the center of this tiger investigation, remains behind bars with a $300,000 bond after his bond for a 2017 murder charge was revoked Friday.

Cuevas' lawyer, Micheal Elliott, still claims his client is not the owner but said Cuevas did spend a lot of time with the big cat. Elliott said a man named DeAndre is the owner.

As for the bond, Elliott says it's a decision for Cuevas' family.