'It is impossible': Family house hunting for six months take to social media for help

Moving from Washington to West Michigan, the Atkinsons are two weeks away from their short-term rental lease ending without an accepted offer yet. 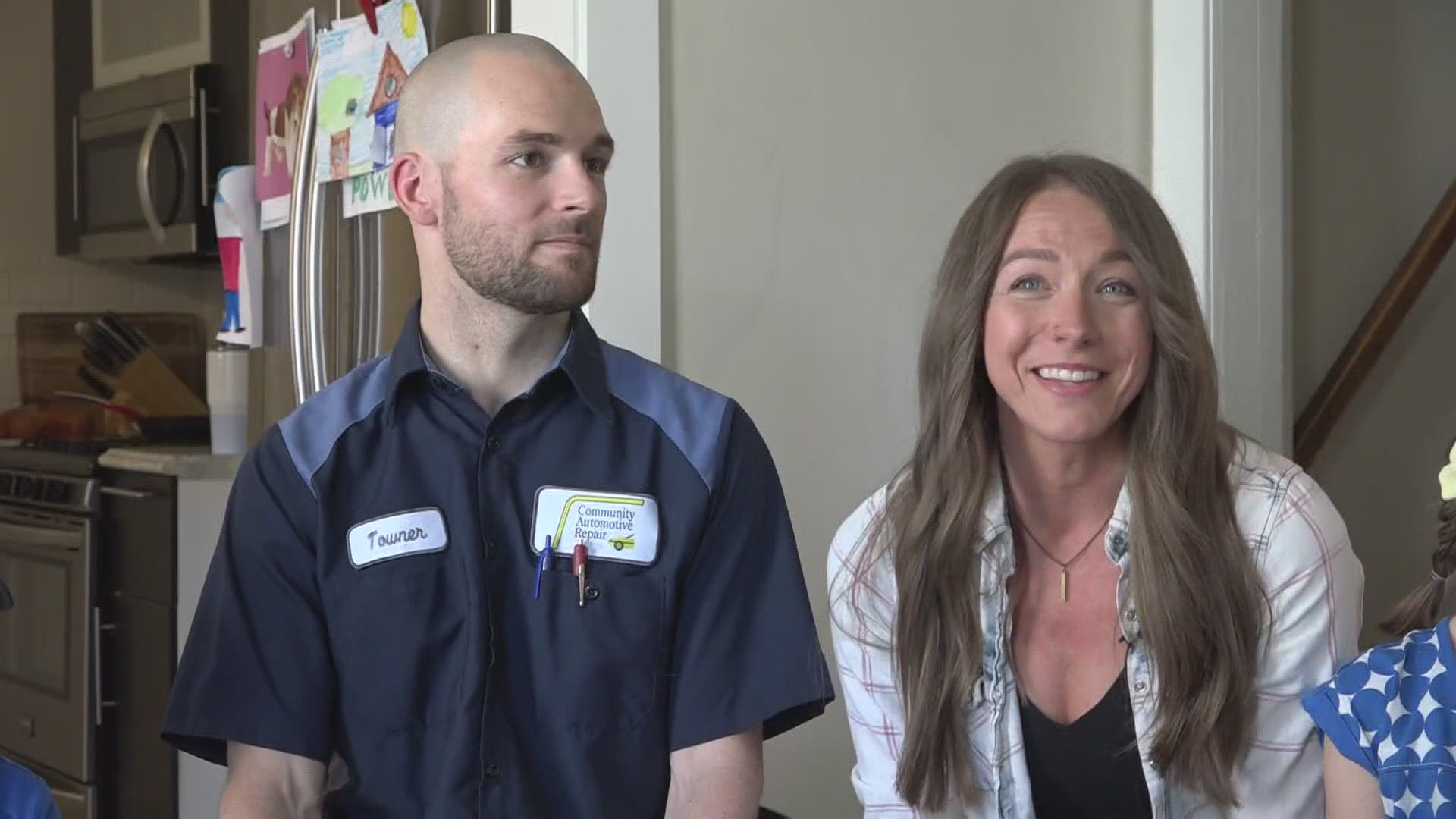 GRAND RAPIDS, Mich. — When Cassie Atkinson and her family were looking to move from Washington state, they picked West Michigan. Even with no family in the area, they heard it was a great place to live.

Plus, Washington's housing market had blown up beyond what they could afford. They had hoped Grand Rapids would be better.

"We signed a lease here for six months," said Atkinson, "and we thought, OK, we’ll live here, and we’ll buy when our lease is up."

Cassie, her husband Towner, their two children Doc and Tru, and their golden retriever Bronson, have been living in a rental home since December. He found a job as an automotive technician and she is searching for an elementary teaching position.

Now, with two weeks until their short-term lease is up, they have not had an accepted offer. However, that is not without trying. They are working with a realtor, and have submitted multiple offers. They are house hunting nearly every day.

The Atkinsons are feeling firsthand the effects of the seller's market right now. There is not enough inventory for the amount of people looking to purchase a home.

"One of the houses we recently lost, we had the highest offer," said Atkinson. "But, we did not have the highest appraisal gap. So, they won and its just like… darn it."

Atkinson said they often place offers competing with at least 15 others. They are pre-approved, waive inspections, offer an appraisal gap, still with no luck.

"They're going for $50,000 plus what they’re asking," said Atkinson of the homes they have lost bids on.

Credit: 13 OYS
The Atkinsons are staying in a rental until they can find a home in West Michigan.

Frustrated, Atkinson found a Grand Rapids area community Facebook page. She posted her story, asking for any insight or help. She had hoped someone might have a home off the market, or have a lead on another short-term lease house in the meantime.

"We basically had no other option," said Atkinson.

Soon, more than a hundred people had commented. Many offered rental options, houses soon to come on the market and shared similar experiences.

"I get such a good sense of community here," said Towner Atkinson. "The housing market is very competitive, but people one-on-one don’t seem to be competitive."

Realtor Angela Worth said homes below $250,000 are hard to come by in the Grand Rapids area during this time. One home of her colleague's sold with 58 offers.

RELATED: It's a great time to sell your home in Grand Rapids, "desperation" for those looking to buy

The Atkinsons are still looking for their new home in West Michigan. They feel bittersweet about knowing so many other people are going through a similar situation.

"It is frustrating and so stressful," said Atkinson. "Especially being here with no family or friends, and having our lease come to an end, and thinking what do we do?"

RELATED VIDEO:  It's a great time to sell your home in Grand Rapids, "desperation" for those looking to buy 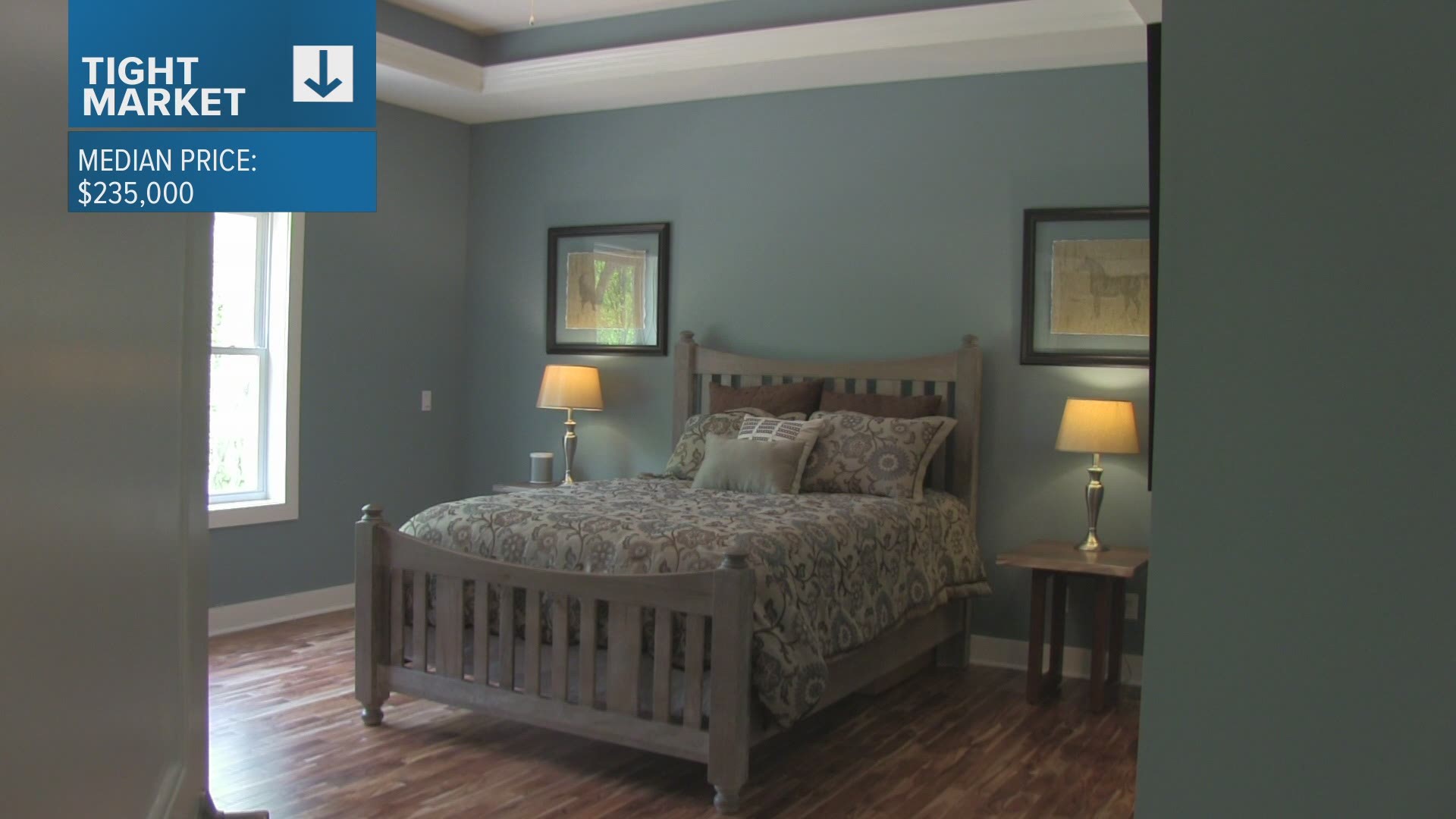