Evan Medell is ranked number one going into the Para taekwondo competition. 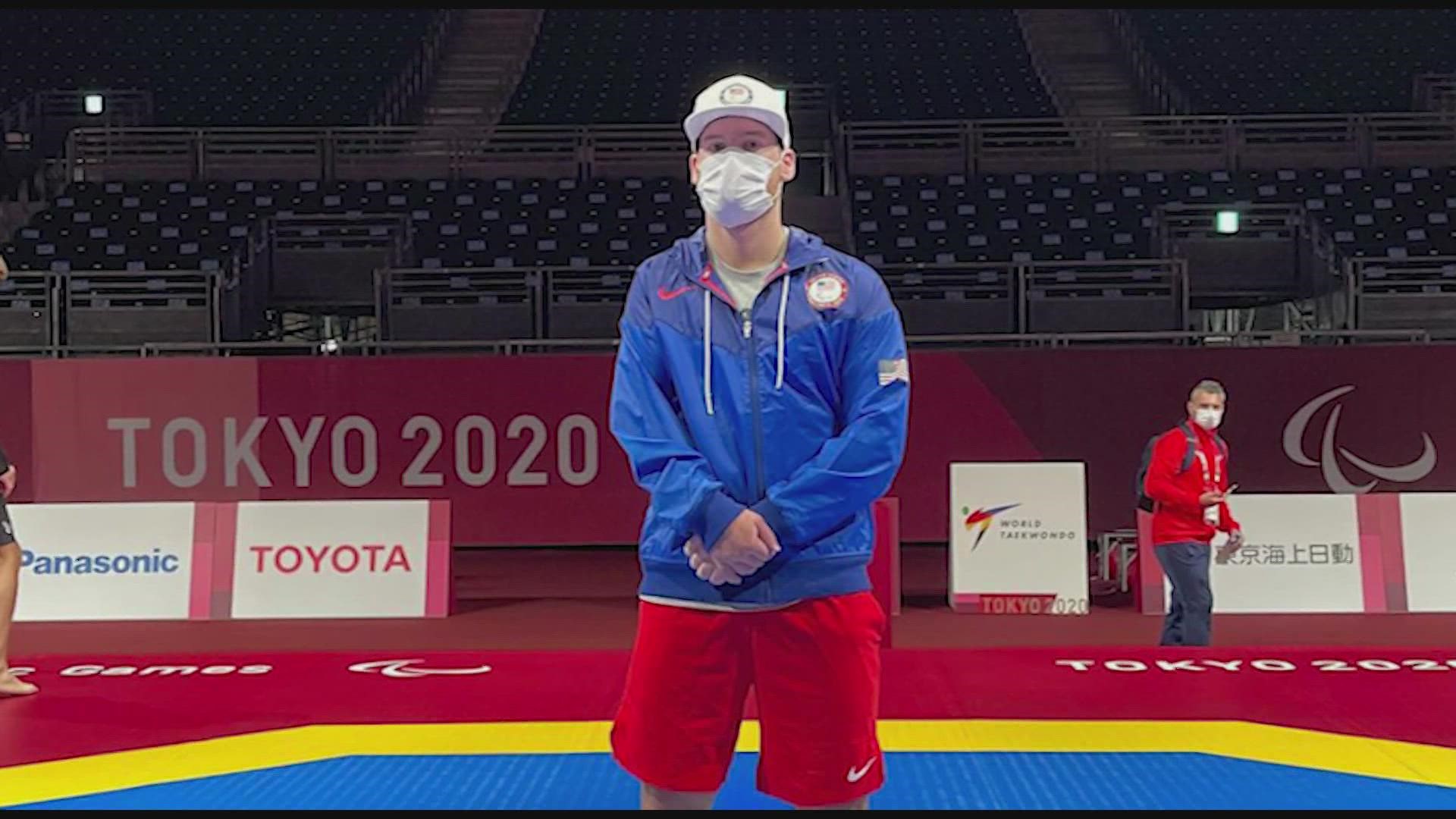 GRAND HAVEN, Mich. — After the 2020 Tokyo Olympics wrapped up at the end of August, just weeks later the village welcomed in a new set of athletes for the Paralympic Games.

One of those athletes is a man from Ottawa County.

24-year-old Evan Medell, from Grand Haven, will compete in the heavyweight Para taekwondo competition on Saturday.

13 ON YOUR SIDE reporter Keely Lovern spoke to Medell from via Zoom while he was in Tokyo preparing for his fight.

The West Michigan native is ranked number one going into the competition.

"It's a lot of pressure," said Medell, "but at the same time I feel like I can win. So if I have to fight them all it's what I have to do."

This is the first time in history that Para taekwondo is part of the Paralympic Games.

"When it happened they came and approached me and thought I could fit into that role," Medell said.

Medell was born with brachial plexus palsy, a condition which causes weakness and paralysis of the arm.

"I have like limited movement in my right arm, so I can't lift it above my shoulder and I don't have any motor skills with that arm," said Medell.

But his condition hasn't stopped his success in the sport of taekwondo.

Medell won several able-bodied competitions but switched to the para sport when he turned 18.

"We make the same sacrifices and in some cases even more than the able-bodied Olympians," said Medell.

The Grand Haven native was the first U.S. athlete to win a gold medal in Para taekwondo at the Parapan American Games in Lima, Peru in 2019.

He also ranked high in several other international competitions in the past few years.

"I had a really good run and that's what really got me to the top," said Medell, "and it's what solidified my place in Tokyo 2020."

And for this Paralympian, he says his disability has never been a setback for him following his dreams.

Medell is scheduled to compete at 12:15 p.m. Tokyo time on Saturday, September 4th.

Until then, he says he'll be preparing physically and mentally for his Paralympic debut.

"I usually spend about 20 minutes a day visualizing what I'm going to do in the ring," he said, "just mentally preparing for what the pressure is going to feel like."

You can read more about Medell's Paralympic profile here.