After months, John James says he is against ACA lawsuit without a 'plan in place' 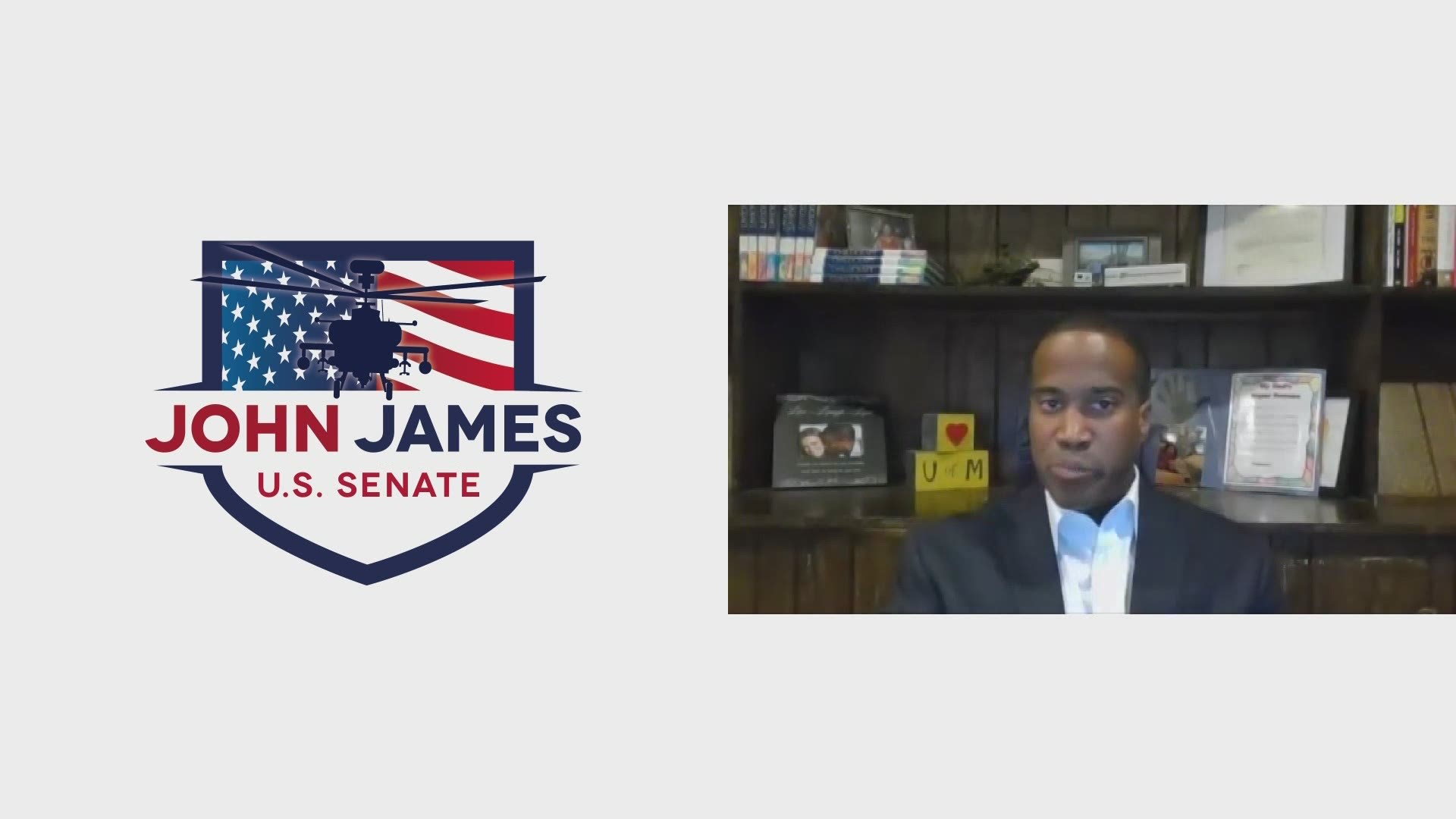 GRAND RAPIDS, Mich. — John James is a Republican businessman trying to unseat democratic Sen. Gary Peters. Monday, 13 ON YOUR SIDE's Nick LaFave spoke to James about a lawsuit that could invalidate the Affordable Care Act and pre-existing condition coverage.

The exchange is below:

James: I've said and will continue to say that I do not believe you should pull the rug out from under people, and I don't support this move without a plan in place. We have to protect people with pre-existing conditions and keep our promises to our seniors. I don't think the ACA is perfect. It needs improvement. But, my opponent has been attacking me for the last year on this, while he enjoys coverage from an ACA-exempt plan, and doesn't have to face the problems and limitations that every day Americans do.

Nick LaFave: So — perfectly blunt: you do not support this lawsuit then, we can say unequivocally?

James: Again. We have to protect people with pre-existing conditions and keep our promises to seniors, and I don't support this move without a plan in place.

LaFave: There IS no plan in place. So, I'm going to take it — ergo — that you don't support the lawsuit.

When pressed about the people behind the effort - president trump and fellow republicans - he would not criticize them the way he does the lawsuit.

James:  I can speak for myself. Not President Trump or any other Republican.

LaFave: I get that. But are they pulling the rug out from under people. It's a very straightforward question.

James: I'm giving you a straightforward answer. You should ask them their opinion. My opinion is I'm not owned by anybody. Not any person. Not any party. This is where I stand for the people of the State of Michigan. And it's firmly on protecting pre-existing conditions, and keeping our promises to our seniors. That is my answer, sir.

The latest Real Clear Politics average gives Peters a 3.8% lead, and calls the race a 'toss up.'

UPDATE: The Gary Peters Campaign has responded to our interview: “Talk about political convenience. The Detroit Free Press editorial board has it right when they write that John James is ‘cynically deceiving’ voters when it comes to his health care positions. For months, John James refused to oppose the lawsuit that would repeal the health care law that protects 1.7 million Michiganders with pre-existing conditions and has called the health care law a ‘monstrosity.’ Now with 36 days until Election Day, James is trying to deceive voters on his toxic positions and still refuses to denounce the president he supports ‘2,000%.’ This is exactly why Michiganders can’t trust James.”