Police said suspect Steven Lopez took a gun from man in a tactical vest in the moments leading up to a shooting that killed Tyler Gerth. 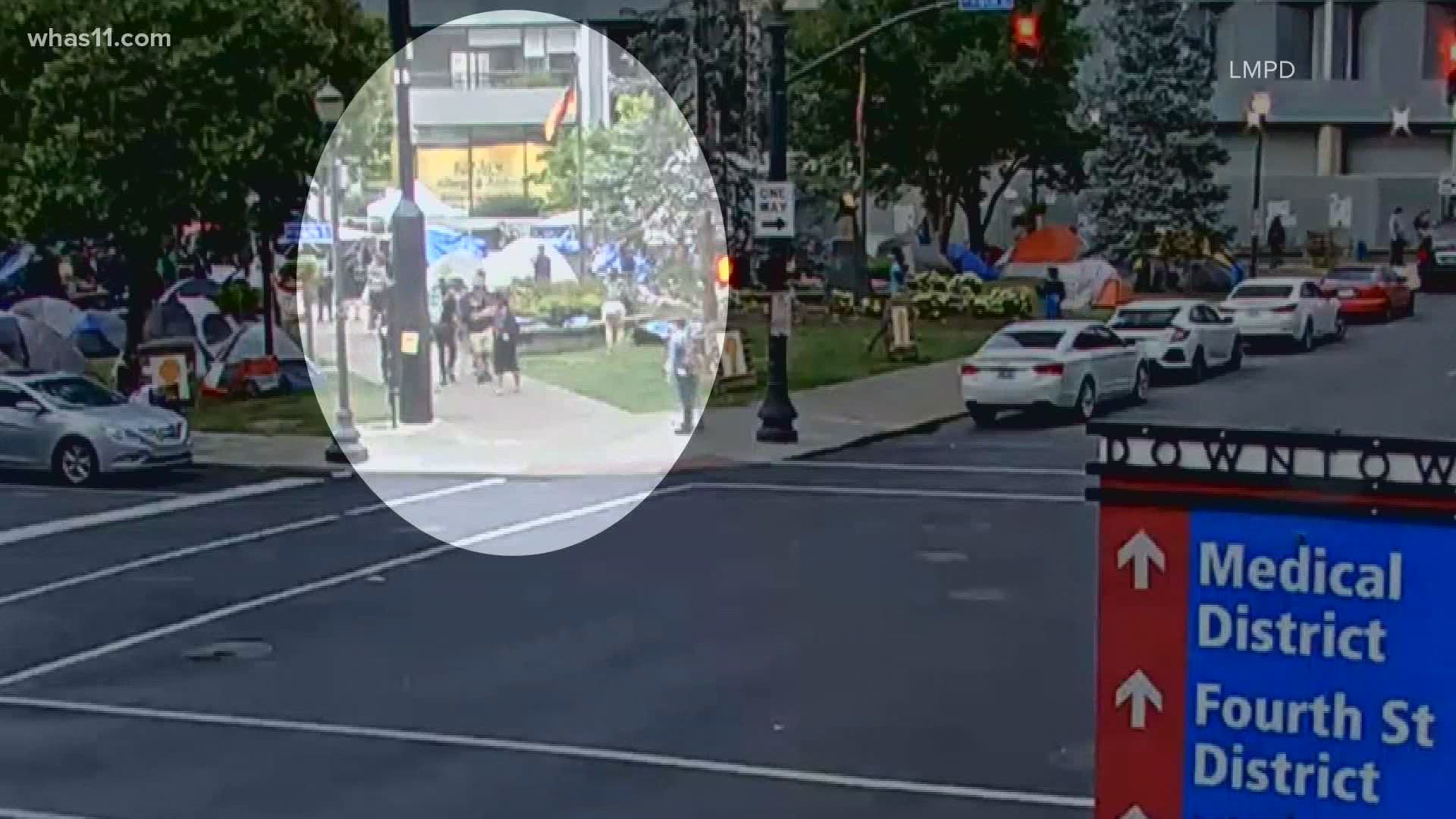 LMPD said surveillance footage shows 23-year-old Steven Lopez pull a weapon from a man in a black tactical vest. Police said Lopez can then be seen using the gun as people around him scatter.

Police are currently talking to the man and they believe he is a witness or victim.

Lopez was later arrested and charged with the murder of 27-year-old Tyler Gerth. Police said they found the man in vest, who they said "is a victim/witness to this crime." Investigators want to speak to him to further their investigation.

LMPD said Lopez had been arrested at two prior protests. During his most recent arrest, police confiscated a gun that is still currently in LMPD's property room.

Lopez was arraigned in court Tuesday and entered a not guilty plea to murder and 9 counts of wanton endangerment. His cash bond was set at $500,000.