Investigators say they made the intentional decision not to have a large police presence during the rally to avoid public outcry. 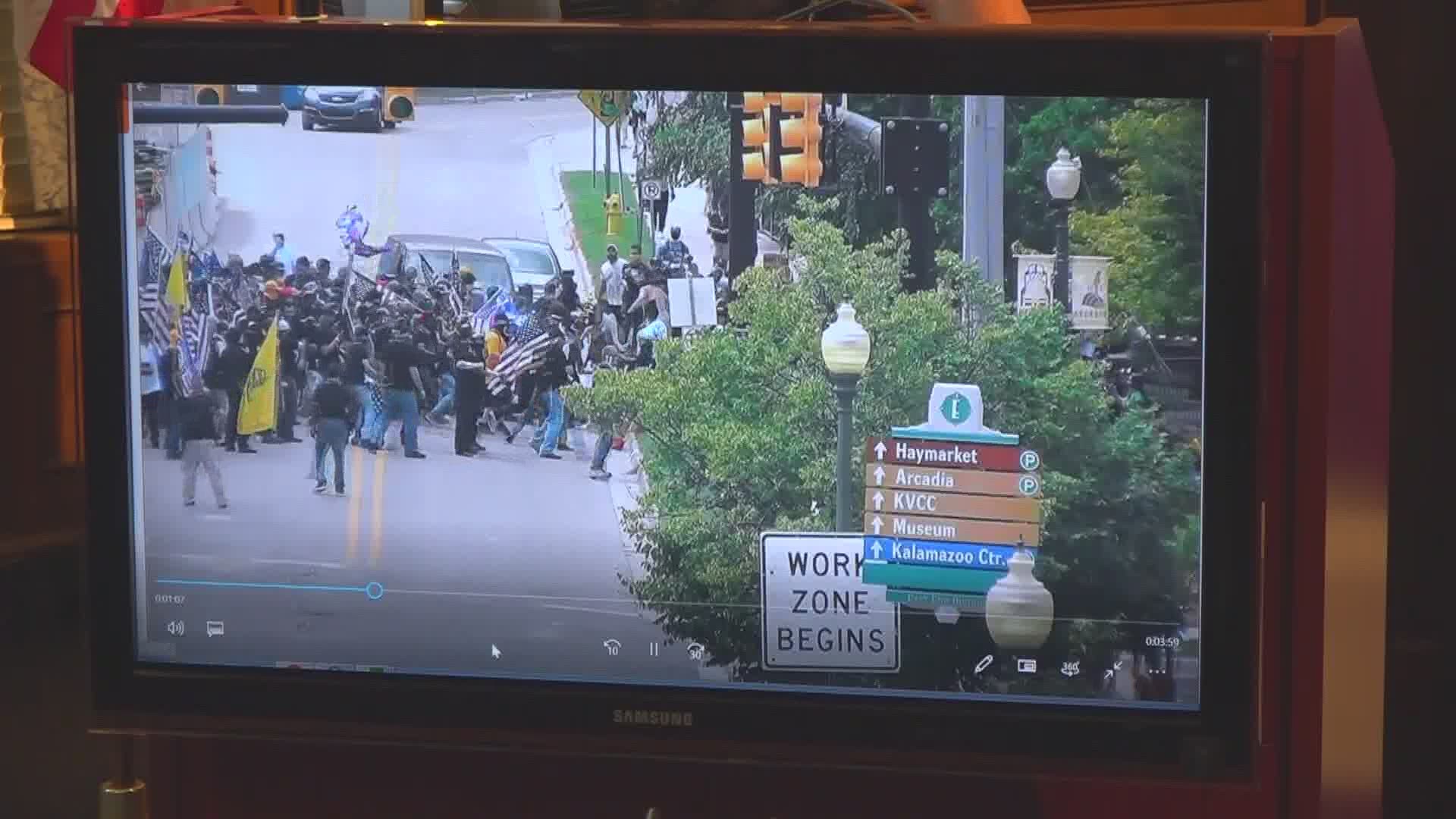 KALAMAZOO, Mich. — Police in Kalamazoo held a Zoom meeting Tuesday to address the police response to the Proud Boys march that took place several weeks ago on August 15th.

During the meeting, investigators played several videos from the march, showing how confrontations between the Proud Boys and rally attendees in the Arcadia Creek Festival Site developed.

Investigators say they made the intentional decision not to have a large police presence during the rally to avoid public outcry.

"That day, based on the information we had and the intent we had from the counter organizers, we had hoped that with the hate group it would be the verbal back and forth," explains KDPS Chief Karianne Thomas. "But that's not what happened that day and I think we all saw that."

Photos shared by the police officers document where they allege a rally attendee threw a frozen liquid on a Proud Boys member, what they say was the first act of aggression during the event. Another photo shows a rally attendee shooting pepper spray into the crowd of Proud Boys marchers.

One video shows a Proud Boys member spraying a canister of mace into a group of rally attendees. He was then hit in the head by a man with an object in his hand.

After the Proud Boys group was in Bronson Park for about six minutes, they left to walk to the Rose Street Parking garage. Police told them to leave and that refusal would result in their arrest.

Police say that counter-protesters were seen throwing objects at the Proud Boys’ vehicles as they drove away. Some people walked or ran in front of the vehicles.

A reporter with M-Live was arrested during the protest and police showed body cam footage of the incident, as well as video from a legal observer who was arrested at the Arcadia Creek Festival Site.

The KDPS chief said she has apologized for the arrest of the M-Live reporter. She said that the reporter was interfering with officers that were trying to clear the area, but his presence was needed and appreciated.

The KDPS chief also said that evidence from the incident will be released on their transparency website at a later date.