'For the community to heal, they must express themselves' | Kalamazoo leaders address unrest over police brutality

Complaints of vandalism and "resistance from agitators" prompted police to ask people to avoid downtown. 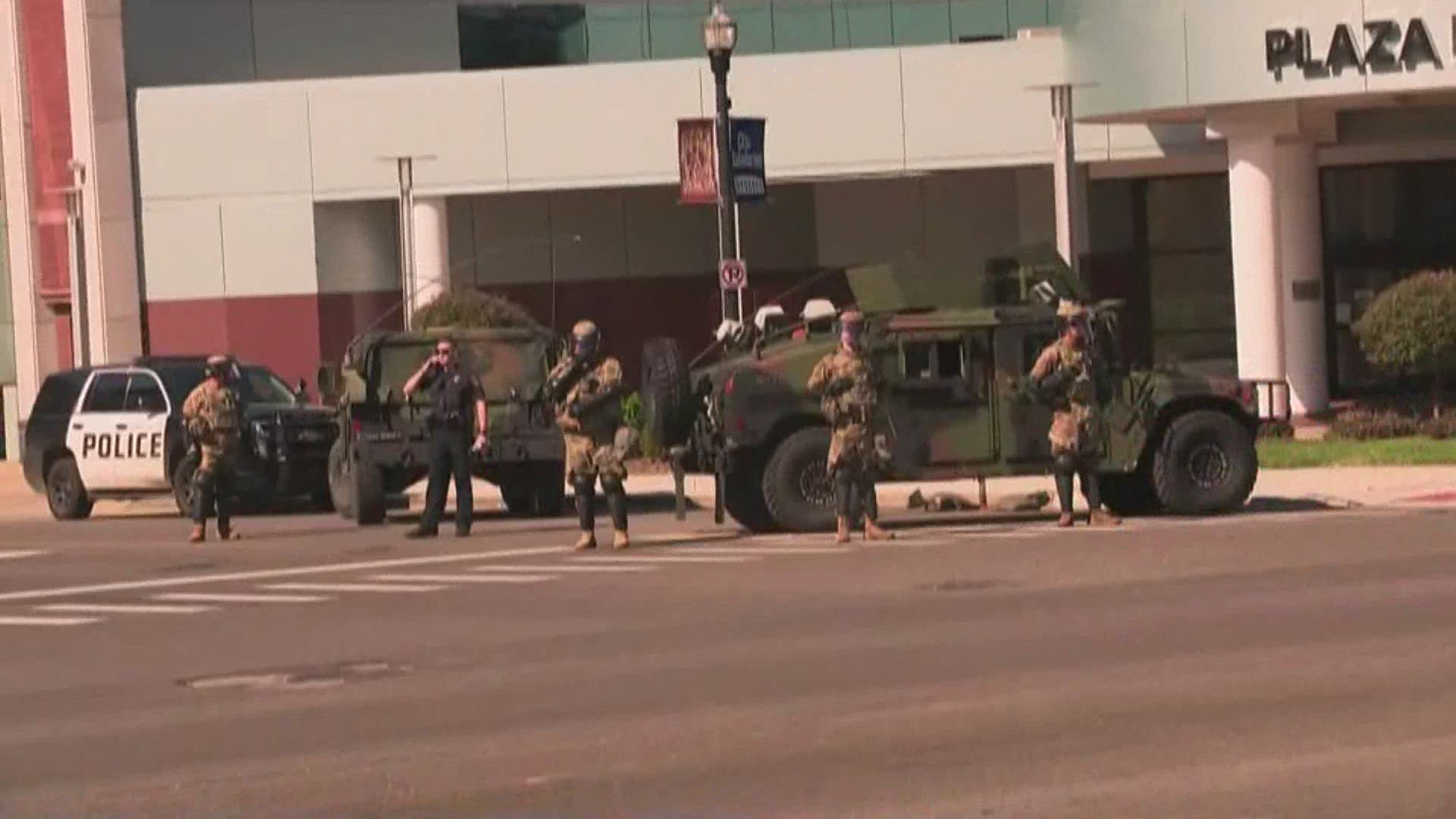 KALAMAZOO, Mich. — Officials from the City of Kalamazoo addressed the community Tuesday morning after the city saw vandalism and destruction of property the night before.

The press conference took place outside of the Kalamazoo Public Safety Headquarters on Crosstown Parkway. Several community members were waiting for it  to begin, but after more than 15 minutes, the small crowd outside began to bang on the doors for the conference to start.

Authorities said they planned on moving the outdoor update inside and only allowing press into the building, however it was kept outdoors for the community to take part in.

According to the Kalamazoo County Sheriff's Office, the hardest hit area was centralized downtown, in the Kalamazoo Mall area. More than 25 businesses were damaged and vandalized in the looting Monday evening.

The protest started around 10 p.m. when several groups began forming in the city, on foot and in vehicles. Kalamazoo Public Safety Chief Karianne Thomas said a number of protesters apart of the original group splintered off and began breaking windows and causing other destruction. Around 12:30 p.m., officers gave orders for many of those in the area to disperse and many did.

"Peaceful protesters honored the memory of George Floyd through their presence and prayers. After the peaceful demonstration concluded, other individuals committed various acts of violence and destruction," Kalamazoo County Sheriff Richard Fuller said in the press release. "It is disheartening that anyone would put the peace and property of Kalamazoo and its residents and the lives of our dedicated law enforcement, EMS, and Fire professionals at risk as well."

By 3:30 a.m., the scene downtown Kalamazoo was de-escalated to a point where majority of officers could be sent home. Thomas said a number of officers remained downtown, Kalamazoo Public Service assisted with officers in blocking roadways and ensuring no other damage was incurred.

Assistant Chief Vernon Coakley said during the press conference that a number of "agitators" downtown Kalamazoo were not local to the area.

"This isn't Kalamazoo, this is not Kalamazoo today," Coakley said during the press conference. "We still want peaceful protest and for the community to health, they must express themselves -- we understand that."

Volunteers were out Tuesday morning cleaning up the damage, sweeping glass and cleaning portions of downtown.

Thomas also said her department had information that indicated several more protests were scheduled for Tuesday -- some indicated they would not be peaceful.

The City of Kalamazoo will enact a curfew from 7 p.m. on Tuesday, June 2 to 5 a.m. on Wednesday, June 3. Thomas said people will be in violation of the curfew if they are on city streets and could be subject to arrest. The National Guard will also be present in Kalamazoo. Approximately 90 guard members from units in Albion, Battle Creek, and Lansing have arrived in Kalamazoo.

Thomas said downtown was flooded with hundreds of protesters around noon and by about 5 p.m. around 3,500 to 4,000 protesters had joined ranks. The weekend's protest was peaceful and marched down several downtown streets. 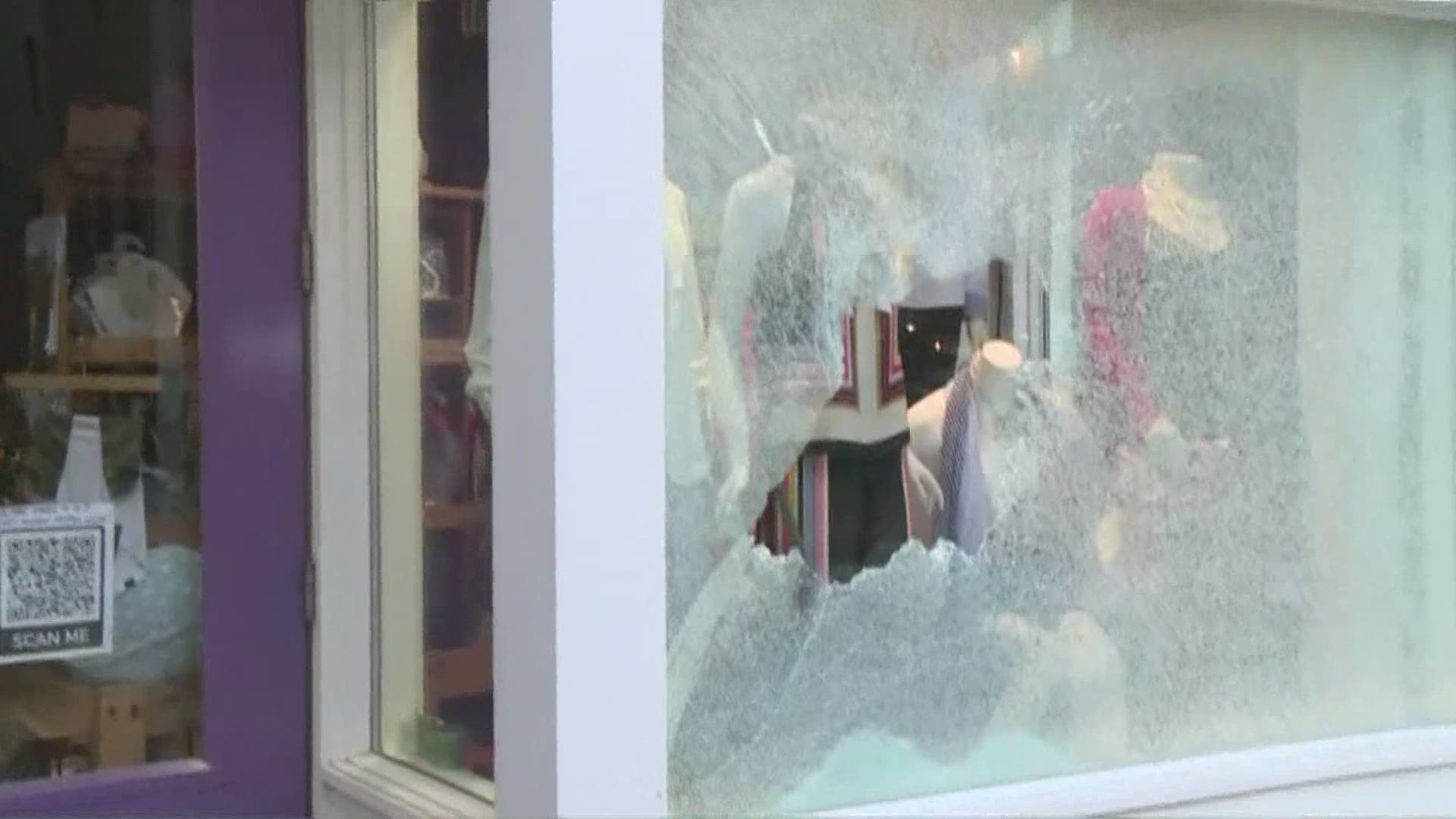