Demonstrators said they were demanding "accountability and answers for police actions." 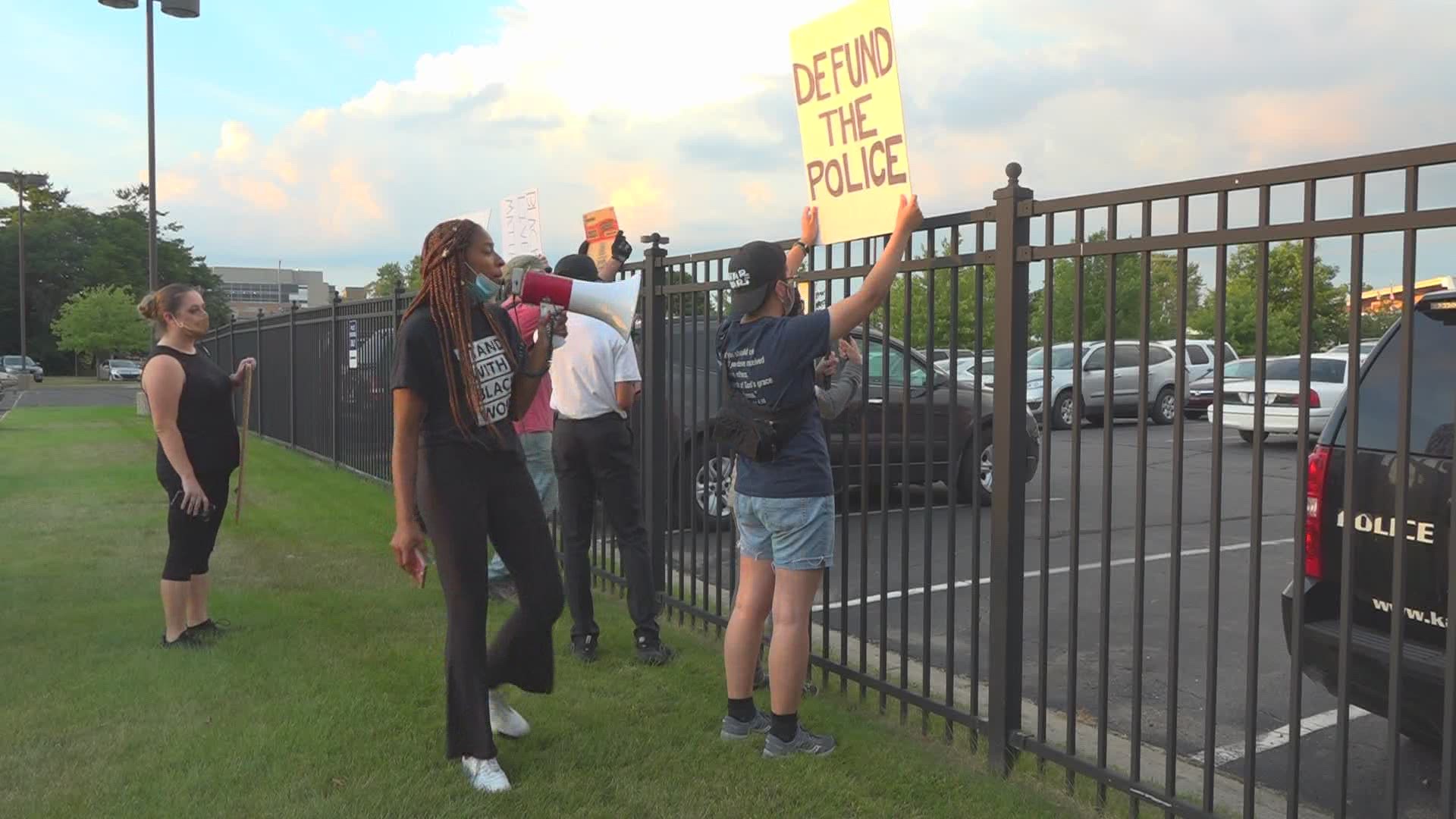 The Proud Boys, a far right group that is listed as a hate group by the Southern Poverty Law Center, were rumored to have been planning the event. City officials acknowledged the social media posts this week and said police were monitoring.

Saturday afternoon, though, the Proud Boys violently clashed with counter-protesters. Some fist fights broke out, and a local pastor said the Proud Boys were carrying glass bottles to smash.

Nathan Dannison, the pastor of First Congregational Church, helped organize the counter-protest. He said the clashes continued for about 20 minutes before police officers showed up.

The Kalamazoo Department of Public Safety said in a statement they had developed plans on how to respond to a peaceful protest, and "once the event turned violent, the officers responded quickly and restored order."

The Saturday evening protesters in front of the police department said they were demanding "accountability and answers for police actions." The demonstrators said they were frustrated that city officials knew about the Proud Boys event in advance but didn't respond quickly enough.

Police did arrest an MLive reporter, Samuel Robinson, 23, who was covering the event for the Michigan media group. He was live streaming the police in riot gear when he was detained.

MLive said he was charged with impeding traffic.