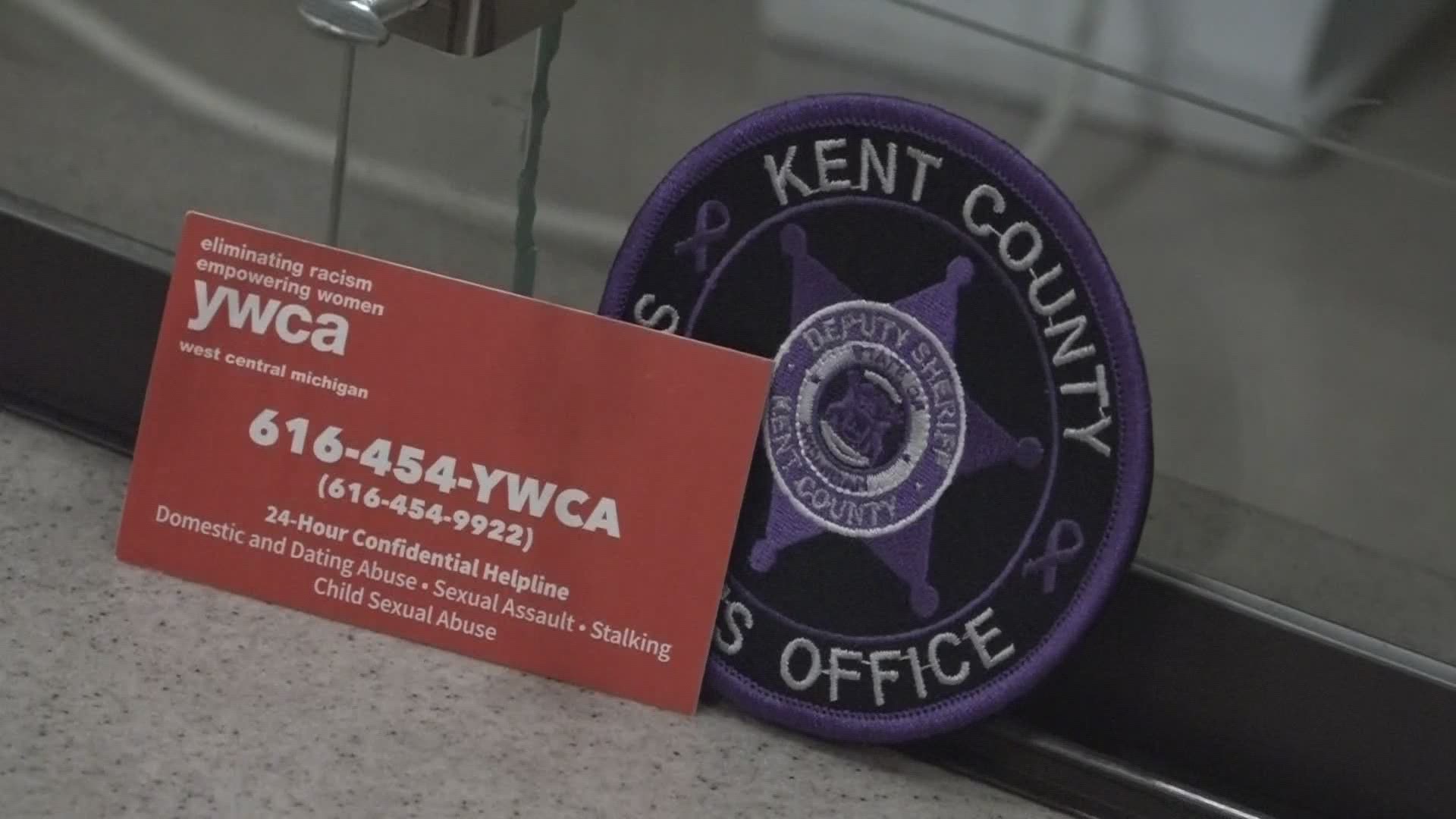 They are is selling purple patches this October at three separate sheriff's office locations around the county to raise awareness and funds for survivors of domestic violence.

If you see a road patrol deputy with a purple patch on in place of their regular patch it is because they themselves have participated in buying the patch to support both officers in need and victims of domestic, sexual, and other intimate forms of violence.

Last year, they released a program where deputies could temporarily wear different color patches that cost $10 and were made available to the public to buy. All the proceeds were split between the county KSCO Benevolent fund and a community partner.

This years partner was the YWCA of west central Michigan.

"We as an agency have seen an increase in domestic violence calls this year," Sergeant Joy Matthews said.

This year's domestic violence call log numbers have not been put out yet, but agencies like the KSCD and  YWCA  can confirm that they have had over a 60% increase in calls and cases here in West Michigan, following a national trend. Last years numbers show that around 500 individuals used a hotline outside of the police department and over 3,000 people involved in domestic violence incidents were serviced last year throughout Michigan.

The program flyer states 'Nearly 1 in 4 women and 1 in 7 men have experienced severe physical violence by an intimate partner in their lifetime' but YWCA of West Central Michigan CEO Charisse Mitchell says abuse is much more than that.

"There are so many forms of power and control and abuse that we need to address," Mitchell said. "Along with increases in calls there was also increases in intensity people not knowing where to turn. No school, no church, the usual places they go for resources closed leaving them feeling like they have no place to turn and safety can be extremely threatened when lots of risk factors are continually exasperated.”

Kent County is still selling pink patches as well as their new purple patches and plan to continue to spread awareness to additional causes in the future. To buy a patch you can go to one of these three Kent County Sheriff Office Locations: 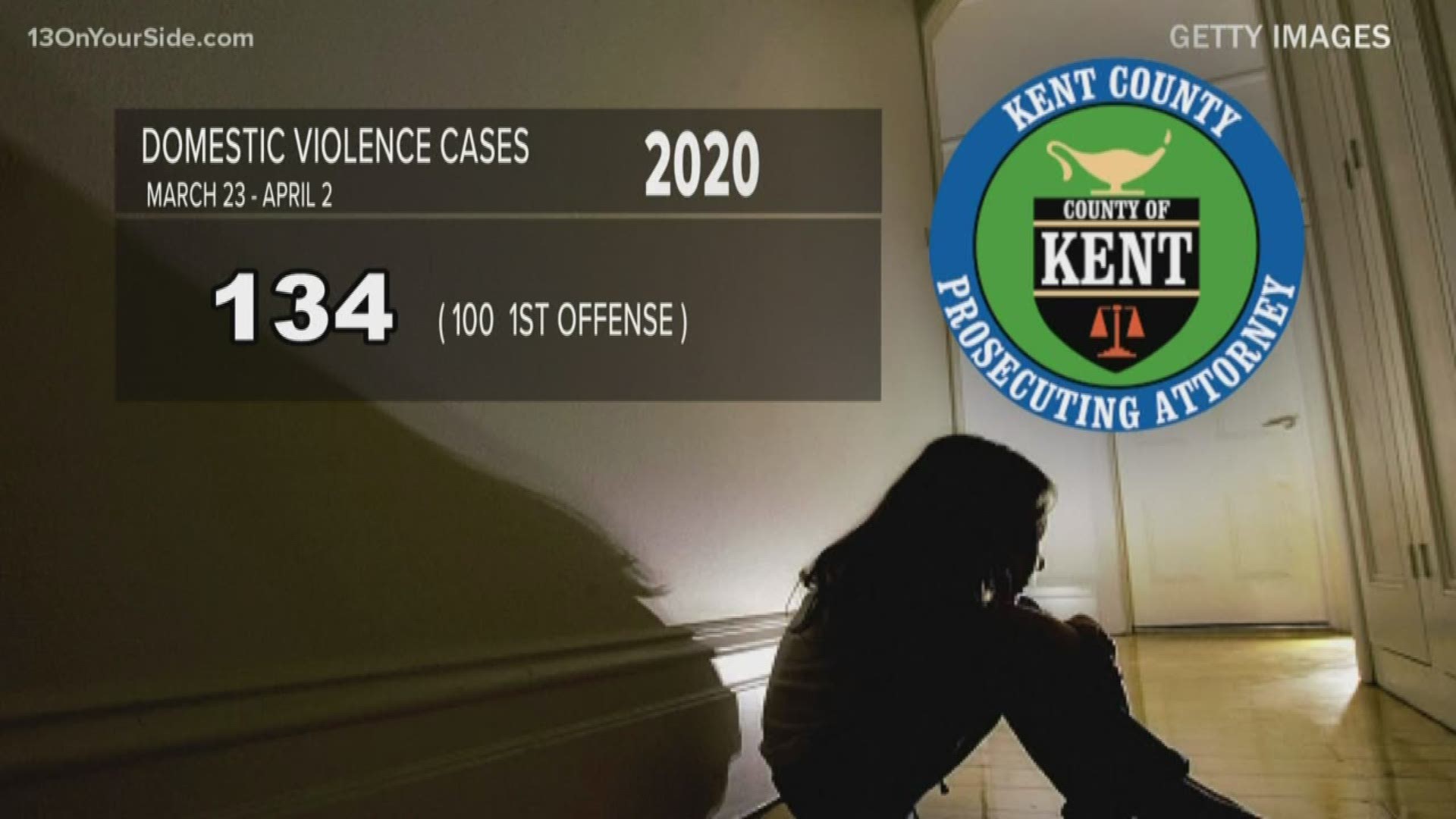