The owners of Brewery Vivant open a second taproom, but under a different persona. 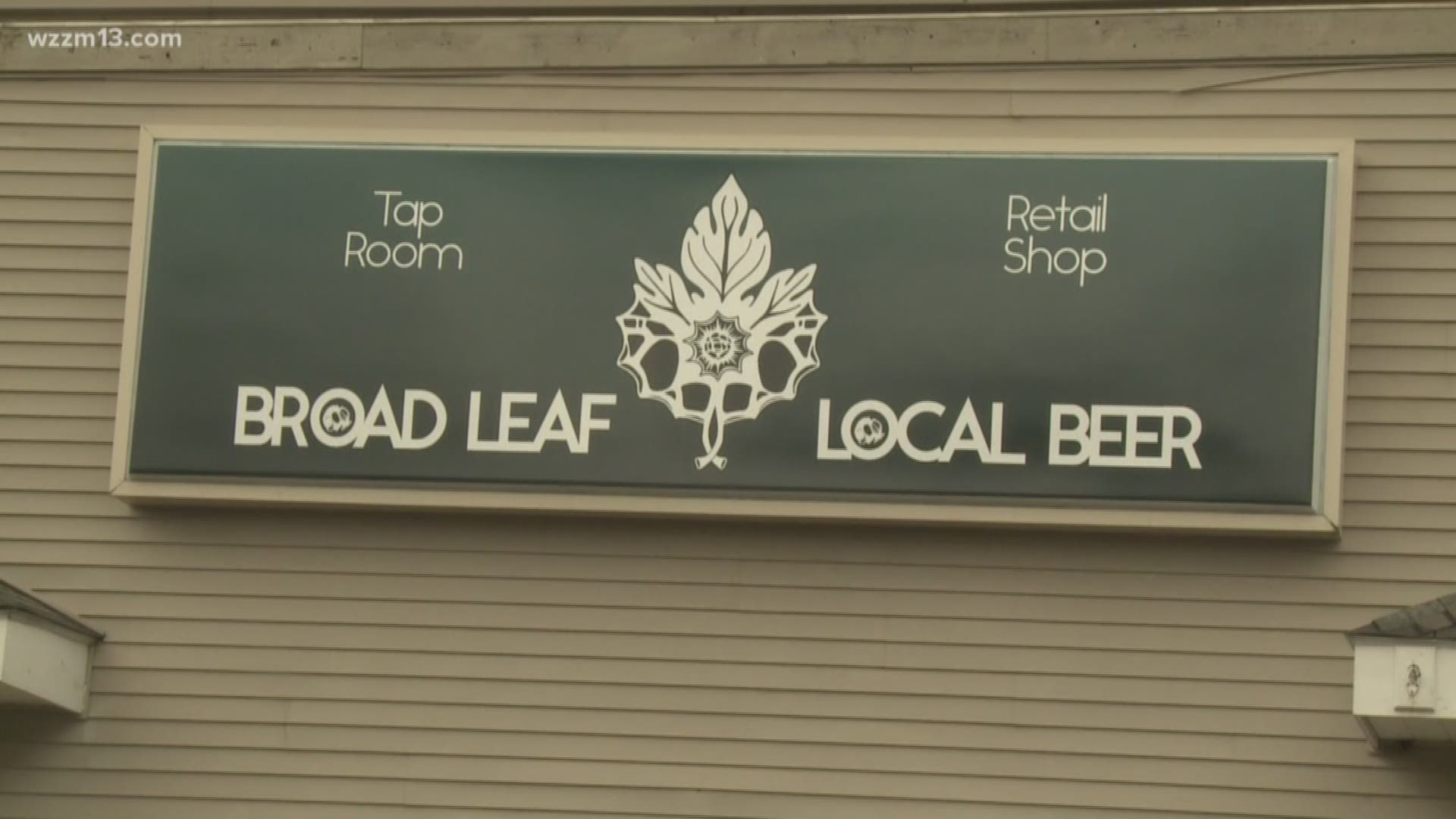 KENTWOOD, Mich. - Owners of a local favorite, Brewery Vivant, have opened a second taproom in Kentwood -- but under a different persona.

Owners Jason and Kris Spaulding opened Broad Leaf Local Beer at the shopping center on the corner of Lake Eastbrook Boulevard and 29th Street. The second location will follow the core values of Brewery Vivant, but with different beer, a different atmosphere and different food. Broad Leaf is an entirely new endeavor for the Spauldings.

The facility was designed to have a low environmental impact. It is outfitted with state-of-the-art daylight harvesting light monitors, advanced controls for monitoring energy usage, industrial overhead fans that can save up to 30% in heating & cooling, low flow bathroom fixtures and includes recycled & re-purposed materials throughout.

Broad Leaf Local Beer opened its tasting room and retail area to the public May 1. The official grand opening will be later this summer, when the brewery's food service is finalized. For the time being, there will be local food trucks and carts onsite, as well as delivery and take out from restaurants nearby.

“The world of craft beer has rapidly changed over the past five years," Jason Spaulding said in a release. "With the development of new hop varieties, new beer styles, and emerging brewing techniques we wanted to push the creative line and participate in this new wave of craft.”