He is the first in Kentwood officer to move through the ranks from patrol to police chief. 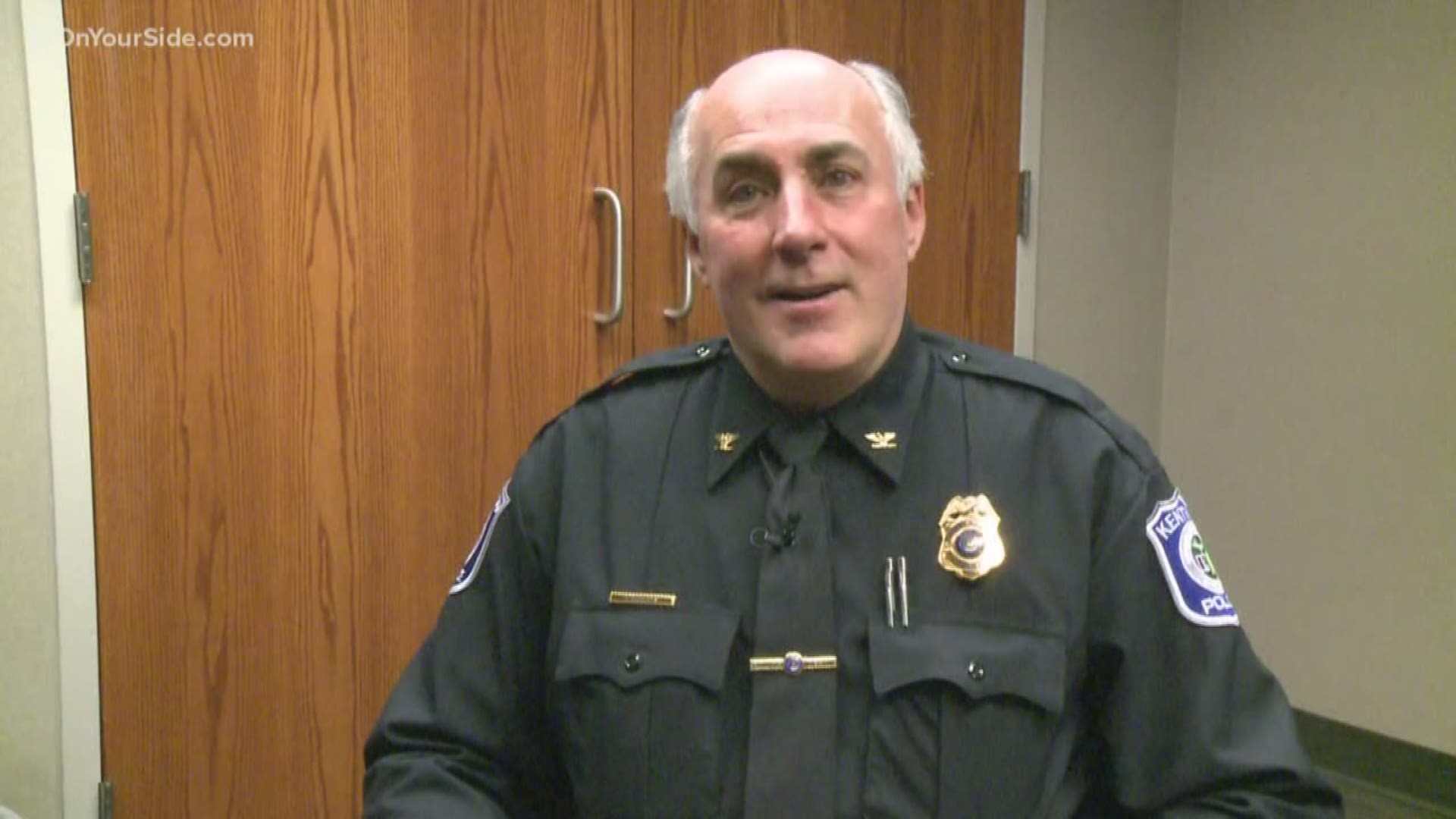 KENTWOOD, Mich. — Richard Roberts has been named the new police chief for the city of Kentwood.

Roberts has been with the department for more than 30 years. He joined in 1987 as a police paramedic.

"I am the first chief that actually started out with the department as a patrol officer," he said. "I have come up through the ranks."

He served a number of roles within the force including road patrol supervisor, and Detective Bureau supervisor. He also served on the crisis negotiating team.

“I am grateful for the opportunity to continue to serve our community with the great men and women of the Kentwood Police Department in this capacity,” Roberts said. “We will continue to commit ourselves to serve the community with excellence and seeking opportunities to increase our value of service.”

Credit: City of Kentwood
The City of Kentwood has promoted Richard Roberts to chief of the Kentwood Police Department. He was sworn in to office Wednesday evening at the city's commission meeting.

Roberts is taking over for former Police Chief Thomas Hillen. Hillen retired after 40 years on the force and more than 10 with the city of Kentwood.

"I just want to assure the public that the Kentwood Police Department remains committed to serving the community with excellence," Roberts said. "I look forward to partnering with them to keep their community safe."