Fire out at Keystone Automotive Industries in Greenville

A fire started at the commercial building Saturday night around 10:30 p.m. 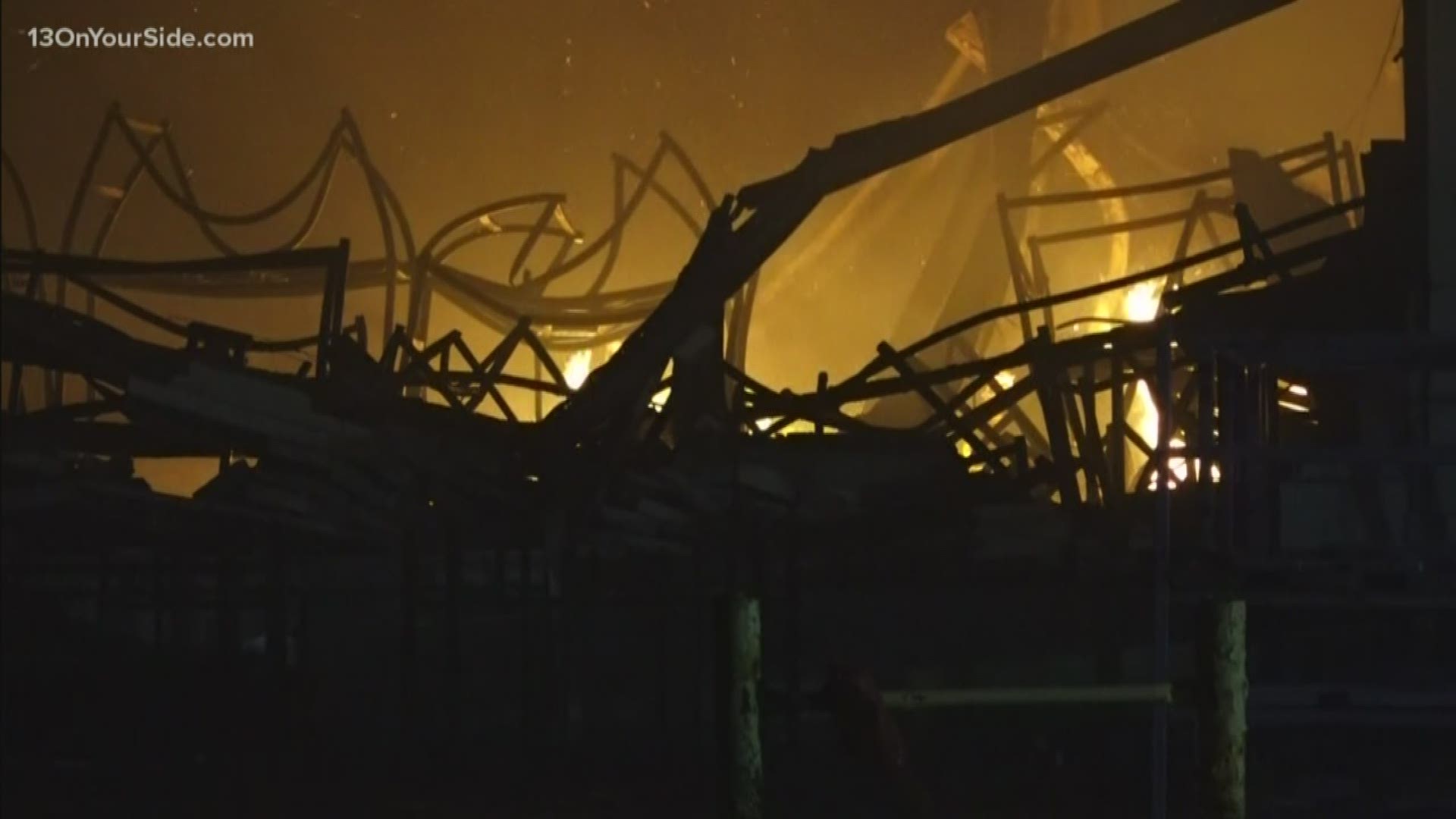 MONTCALM COUNTY, Mich. — At least "half of a dozen" fire crews responded to a massive fire at Keystone Automotive Industries and the surrounding buildings, according to the Montcalm County dispatch supervisor. It was expected to take several days to put the fire out, but as of late Sunday, Dec. 8, it has been extinguished.

The fire alarm went off around 10:30 p.m. Saturday at the commercial building. No one was injured or inside the building at the time of the fire.

Investigators don't know what caused the fire at the auto parts storage facility, but officials said it started in the office and spread quickly due to high winds.

Crews said the building was 50 percent involved when they arrived on scene and the fire had gone through the roof in the second half of the building.

Officials said the building closed at 10 p.m. Friday and they did a fire walkthrough with Montcalm County last month. None of the estimated 150 employees were there when the fire started, but a shift was scheduled for Sunday night.

"Close to the holiday, now people are out of a job, [and] don’t know what they’re [going] to do. How am I [goint to] pay for my kids' first Christmas? How [am I] going to get my bills taken care of?" he said, adding that he set up a Go Fund Me in an effort to help affected families.

Because the warehouse stores plastics and other materials, the Michigan Department of Environment, Great Lakes and Energy (EGLE) was testing the air quality and determined there was nothing toxic in the air.

Keystone Automotive Industries has another facility in Cedar Springs. 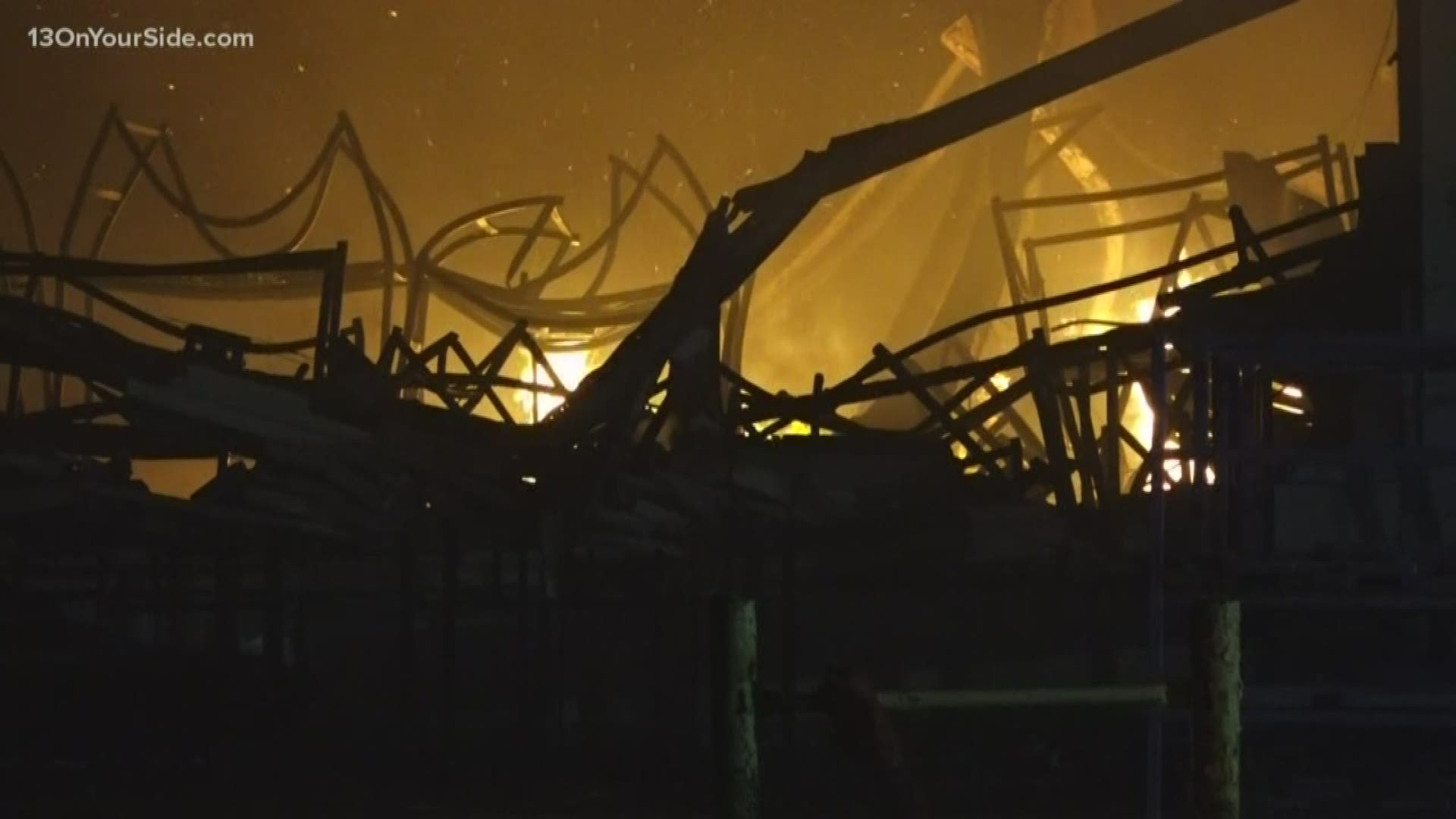