He was pronounced dead at the hospital. 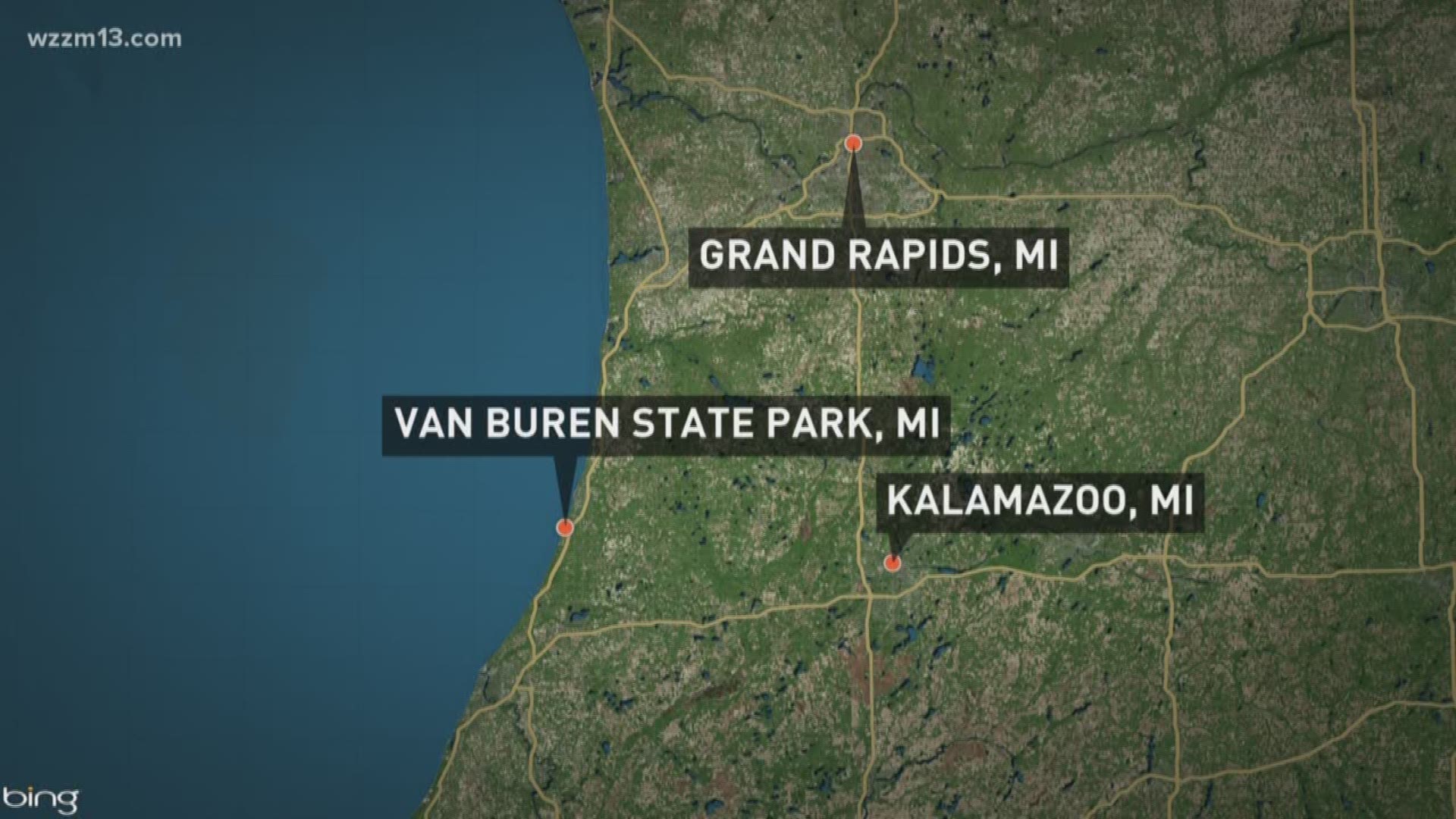 SOUTH HAVEN, Mich. - South Haven police say a 12-year-old Boy Scout has died after being buried by sand at a beach in Van Buren County just north of the state park on Saturday around 4:15 p.m.

The victim was identified by police on Sunday as Gage Wilson of Portage.

Initial reports indicate that the boy dug into the side of a sand dune and crawled into the small space. The sand collapsed on the boy while he was inside the hole. Police said two boys were with the 12-year-old, and they didn't notice his disappearance for up to 30 minutes.

The South Haven Police Department responded to a 911 call about a child who was buried in the sand near the water's edge at the Boy Scout Camp at the state park.

Wilson then had to be carried out of the park through dunes, trails and water to be put into an ambulance. The boy was then transported to the hospital in a helicopter. He was pronounced dead at the hospital due to the injuries he sustained.

Police say that the incident is still being investigated, but "it appears to be a tragic incident." An autopsy is pending.

Gage was participating in a scout activity with Scouts of America.

The Michigan Crossroads Council of the Boy Scouts of America released a statement, saying, "This is a very difficult time for our scouting family." The boy was from the Kalamazoo area.

The boy was also active at Pathfinder Church in Portage. The church posted on Facebook about the 12-year-old's death. They said, "Gage was very active in our church and in the 6th grade. Many of our children and children's ministry workers knew Gage."

The Associated Press contributed to this reporting. A previous version said the boy was at Van Buren State Park. Police updated the location to indicate that the portion of the beach is north of the state park.