Second dead eagle in a week discovered along the lakeshore

Officials say this eagle appeared to have been electrocuted.

MUSKEGON, Mich. — (GRAND HAVEN TRIBUNE) - The Department of Natural Resources is investigating the death of a second bald eagle in the Grand Haven/Muskegon area in a week.

Wildlife Biologist Nik Kalejs confirmed that an older juvenile eagle was found Tuesday on a residential street north of, but very close to the north side of Mona Lake in Muskegon.

“This one appears to have been electrocuted,” Kalejs said. “You can tell that from the appearance of the bird. There is typically a burn mark.”

Kalejs said that bird would also be taken to Lansing for a necropsy (animal autopsy).

Just a week earlier, brothers John and Scott Pardee found a dead adult bald eagle near Grand Isle Marina on the northeast side of Grand Haven.

Kalejs said preliminary indications are that there was no foul play with the death of that bird. He is still waiting for necropsy results, which he expects could be released any day now.

“Unfortunately, we’ve had another eagle mortality,” he said. “But it’s not unprecedented.”

The biologist said there have been nesting eagles around Mona Lake for a number of years.

Earlier, he said there were 5-6 pairs of nesting eagles in the Grand Haven/Muskegon areas.

“Eagles will mate and stay together,” Kalejs said. “If one of the pair is lost, eagles will re-mate.” 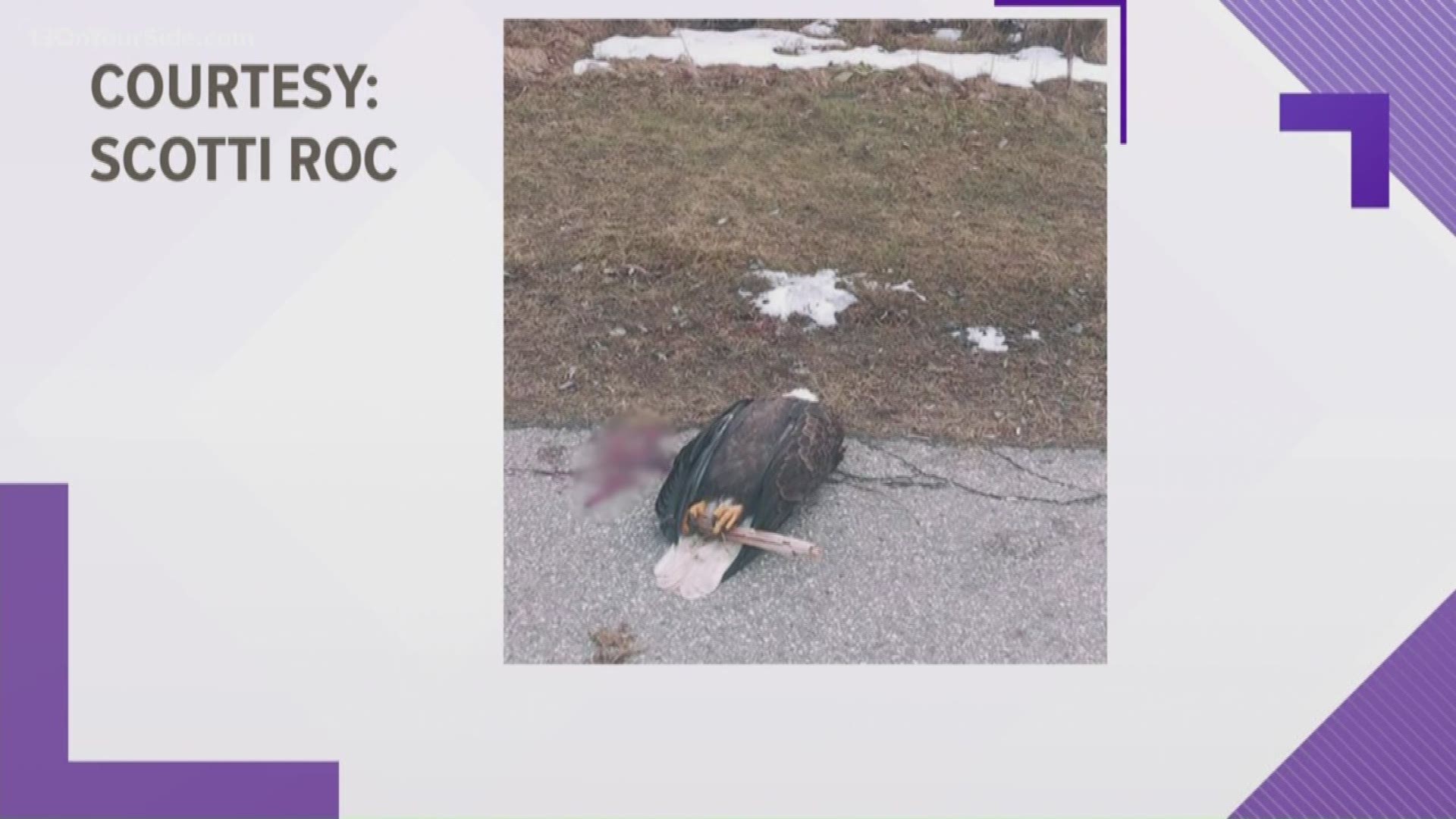 More Lakeshore News on 13 ON YOUR SIDE: