The Pere Marquette Township Board will take public comment starting at 6:30 p.m. at Peterson Auditorium, 508 N. Washington Ave. in Ludington. 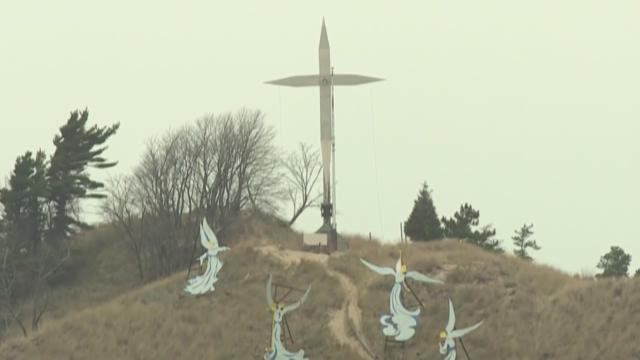 A Ludington area township will hold a special meeting Tuesday, Jan. 23, to address a constitutional battle over a cross.

The cross resides on land owned by Pere Marquette Township.

The Pere Marquette Township Board will take public comment starting at 6:30 p.m. at Peterson Auditorium, 508 N. Washington Ave. in Ludington.

"The cross is not historical in anyway," said Mitch Kahle, MACRA co-founder.

Kahle is holding off on legal action, giving the township time to take public comment and decide on the request.

"It's important for government to listen to the people," Kahle said. "But it's more important that they follow the law."

Kahle sees the cross as a violation of the Establishment Clause of the First Amendment to the Constitution which prohibits government from favoring one religion over another.

The cross is located inside Father Marquette Memorial Park -- a State of Michigan Historic Site. It is said to mark the spot where Father Jacques Marquette, a Jesuit missionary, may have died in 1675.

In 2017, the township approved money to make improvements to the stone foundation the cross is mounted on top of.

MACRA is the group that successfully objected to the cross that once stood on Dewey Hill in Grand Haven.

Kahle wants the Pere Marquette Board to remove the cross even if public opinion favors leaving it in place. He believes that's what a judge would end up deciding.

"We have not filed a lawsuit and we certainly hope that we never have to," Kahle said.

The Father Marquette Memorial is one of the top tourist attractions in Mason County. Kahle believes the site would still attract visitors even if the cross is removed.

Kahle says one possible resolution would be for the township to remove the cross and place it on private property somewhere close to its' current location.