A 200-yard section of North Lakeshore Drive near Mears was undermined by erosion and washed away by waves from Lake Michigan. 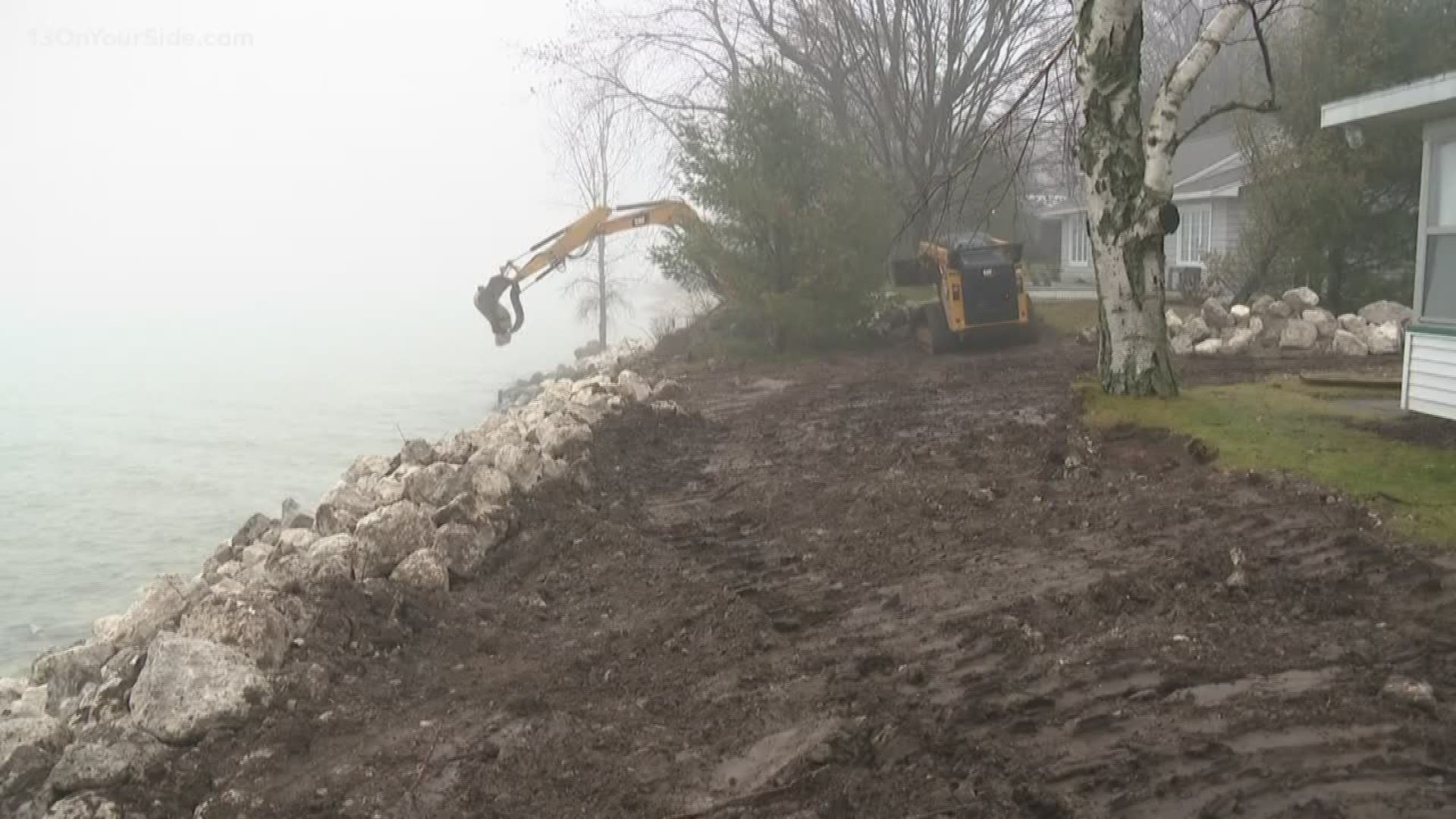 OCEANA COUNTY, Mich. — Big waves on Lake Michigan are to blame for a 200-yard section of North Lakeshore Drive in Oceana County washing away. The gravel road provided access to two large Lake Michigan cottages that sit high above the lake.

A road closed sign is now in place at the site.

"These two right now have no way to get to their home," said Phil Jonassen an Oceana County based house mover.

Jonassen just finished moving one cottage back from the lake. He plans to lift and move one of the two cottages about 40-feet back from the edge of the eroding bluff.

Jonassen says he's getting calls every day from Lake Michigan property owners from Manistee to Muskegon.

The move on North Lakeshore Drive is expected to take the rest of the week.

In 1956, Jonassen says his Grandparents lost their cottage to shoreline erosion in the very same area. "Their lot is completely gone," he said.

Heavy machinery was working Monday all along the shoreline behind cottages in the Juniper Beach Association. Hundreds of tons of boulders are being placed along the water's edge to keep waves from cutting away at properties.

R.B and his wife Janet Carter live full time in a home on the lake's edge. They say the big October storms were the ones that sped up shoreline erosion in the association. Waves from Lake Michigan now crash so close to the Carter's home that spray reaches their windows.

The Carters would like a presidential disaster declaration for all of the Great Lakes. That would offer property owners grants or low-cost loans to do the work needed to protect homes. State lawmakers have already urged Gov. Gretchen Whitmer to declare a state emergency for the shoreline.

Ice forming along the shoreline could also slow down erosion because waves would break off-shore instead of in backyards.