The Little River Band of Ottawa Indians has been working for more than a decade to get 60 acres in Fruitport Township into a federal trust to build a $180 million casino. 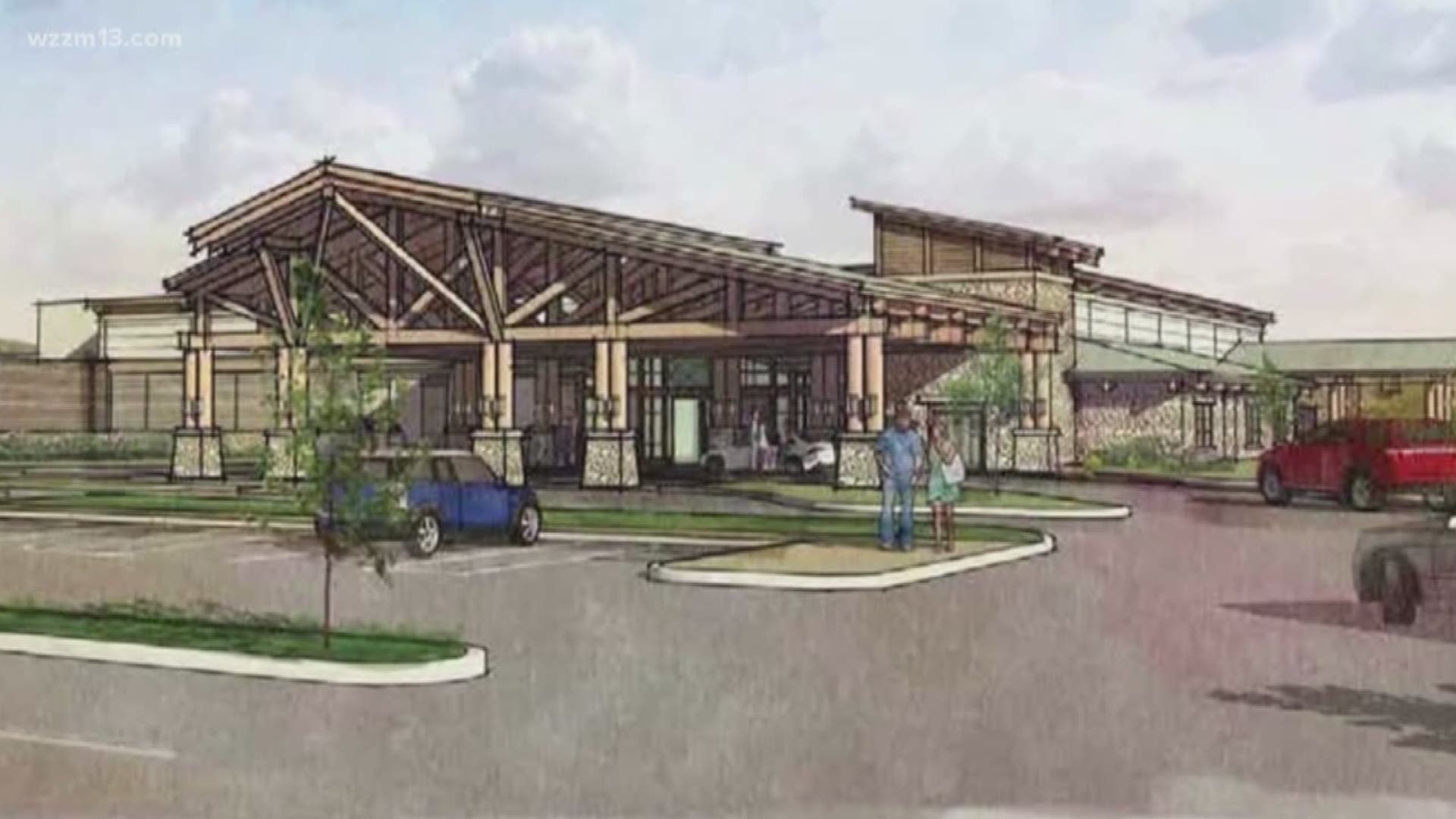 FRUITPORT, Mich. — The Little River Band of Ottawa Indians has been working for more than a decade to get a 60 acre former horse race track into a federal trust.

The tribe hoped the Department of Interior would make a decision by April or May of this year. Tribe Ogema Larry Romanelli believes the government shutdown will delay the decision.

A final public meeting on the proposal has been held. Now workers with the Department of Interior need to review all the public comments for and against the casino.

Romanelli says he's anxiously waiting just like everyone else for the federal government's decision. In the meantime, the tribe is doing all it can to make the $180 million casino project shovel ready. The casino would include about 1,700 slot machines, 35 gaming tables, and a 220-room hotel. Groundbreaking may happen in 2019 with hopes for a grand opening in 2020.

The project would result in several hundred construction jobs, and 1,000-1,500 jobs after the casino opens. Romanelli says those jobs include everything from food service and security to housekeeping and I.T. positions.

Fruitport Township Supervisor Heidi Tice believes a wave of new investment will wash over the township if the land is put in a federal trust. "It's going to be a different ball game, I think, once the casino comes into play," she said.

The proposed site is very near a number of large vacant retail space. Including a closed Younkers, Toys 'R' Us, and a soon to close Sears.

Interest in those properties could change overnight, if the casino project is permitted to move forward.

"I think those spaces might get redeveloped into something different," she said.

If approved by the Department of Interior, the tribe would still need the state legislature and governor to also agree.