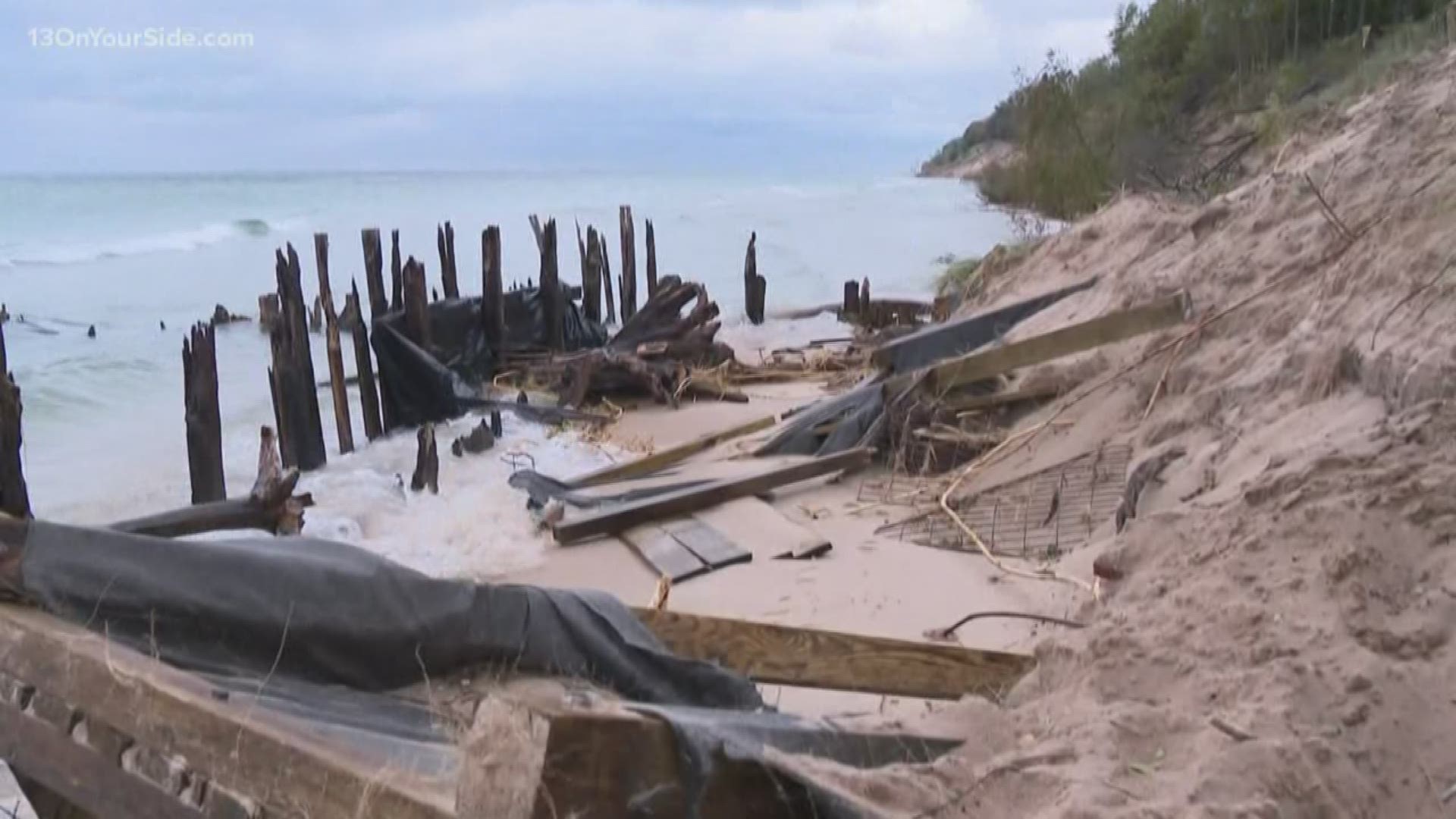 MUSKEGON COUNTY, Mich. — According to the National Weather Service, some areas of the Lake Michigan shoreline lost more 20 feet of dune to erosion from big waves during a storm last Wednesday.

It's a new week, and there's a new threat to the already battered lakeshore. A major wind event is expected to arrive on Monday afternoon. Winds will begin to pick up out of the southeast, as a cold front passes through Monday evening, winds will quickly shift from southeast to southwest.

Waves on Lake Michigan are expected to build to nearly 10 feet by Tuesday morning as wind gusts reach 40 mph.

Azariah Kozicki is being called on to protect one of the cottages by building a retaining wall out of steel and wood.

The cottage in question has already lost a previous seawall, deck and stairs to high water and big waves.

"It's erosion to its max," Kozicki said. "All the waves eating away at this dune just tore it up."

RELATED: NWS: Wednesday's storm swept away up to 20 feet of dunes in some lakeshore communities

It's the second week in a row with big waves on Lake Michigan, and there's growing concern about future storms, especially those in November which can be particularly strong.

The shoreline in northern Muskegon County is littered with lumber that was once part of stairs and decks.

"What mother nature can do, it's impressive," Kozicki said.

In Ottawa County waves continue to get closer and closer to some much larger primary residences. Including the new home Tom Cotter just had built in Ferrysburg.

"We moved in a week ago," Cotter said. "We've lost ten feet in that one week."

Cotter has asked his builder to construct a seawall, but he needs state permission to do the work, and he's concerned about the time it will take to get the permits needed to do the job.

The owner of this one is hopeful the state will expedited a permit to build a seawall.

"A lot of our neighbors are in the same situation," Cotter said. "There's a storm today that makes us nervous, it's scary."