Wreckage in Lake Michigan likely boat that sank in 1936

The scow is believed to be one that sank while being towed by a tug and transporting a steam crane between Muskegon and Grand Haven. 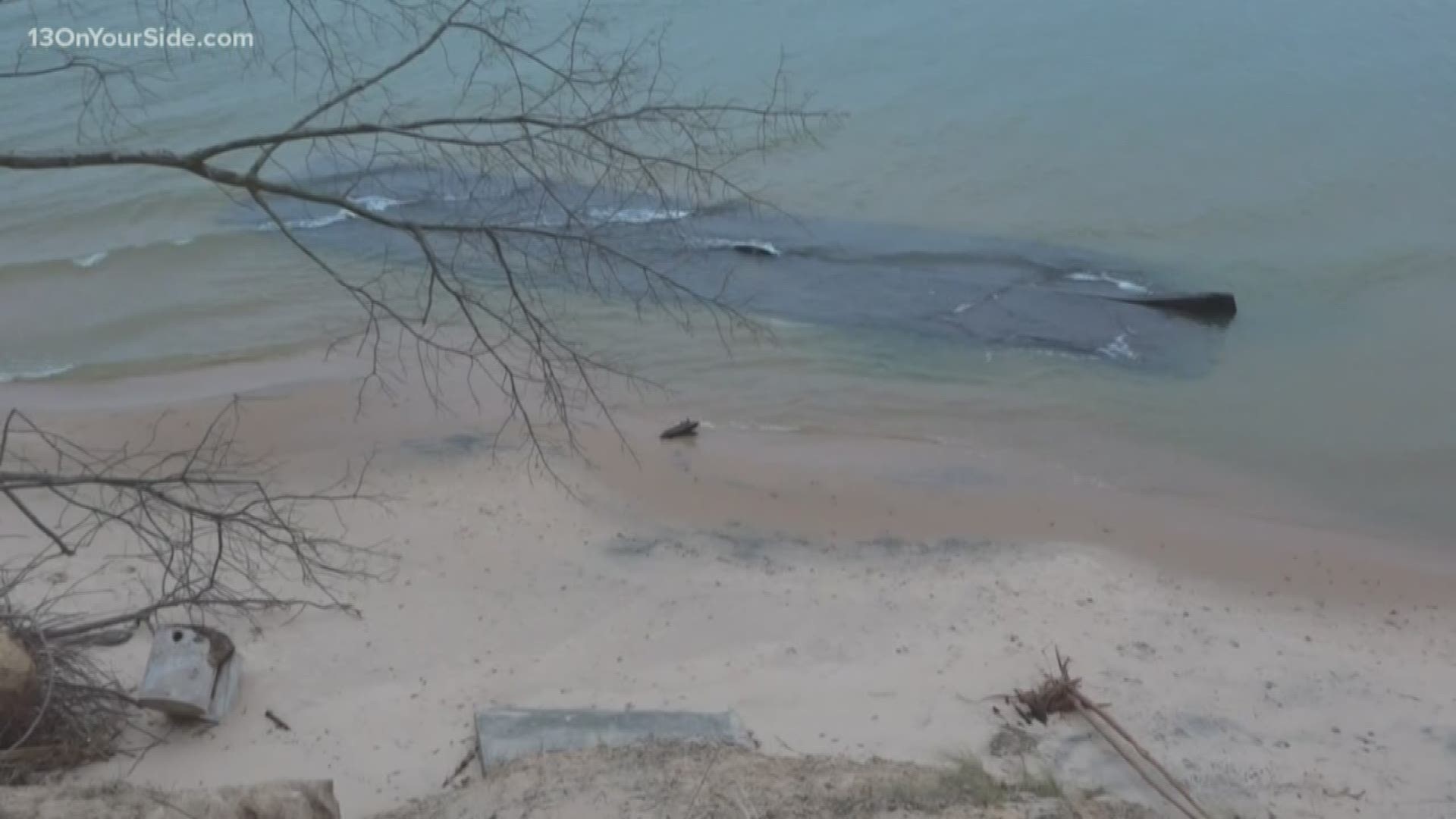 MUSKEGON, Mich. — The shipwreck uncovered by big waves last week on a Muskegon County beach wasn't a ship at all, but a scow, which like a barge, was used to move items on Lake Michigan.

Researchers say after studying the wreckage they're certain it wasn't a sailing ship.

"I've measured a lot of these ships and dove on them," said John Hanson, President of the West Michigan Underwater Preserve. "Usually they're much more massive beams."

No such beams were part of the wreck that's likely been buried under sand until last Wednesday's storm with strong winds and massive waves uncovered it.

The vessel's remains have likely been in the same location for decades.

"I believe it was just uncovered," said Hanson.

Hanson believes the wreck is a scow that sank south of Muskegon while transporting a steam crane. A newspaper article says the scow started taking on water, and sank.

Credit: Brendon Baillod
Brendon Baillod found this newspaper article, which helps support the conclusion that the wreck discovered in Lake Michigan this November sank in 1936.

"The steam crane went into Lake Michigan and it was still hot and it exploded," Hanson said.

Measurements show the scow is just over 88-feet long and 21-feet wide. There's no sign of a rudder. The steam crane was previously located and is now a marked dive site.

It's located about a half mile out into Lake Michigan from where the wreckage rests just a few feet off shore.

Hanson says he can't find any indication the scow had a name.

The West Michigan Underwater Presere is a non-profit organization that partners with the state of Michigan to help preserve shipwrecks and educate the public on them.

The scow is only visible from private property around two miles south of the Muskegon channel.