Homeowner demolishes cottage on the brink of falling into Lake Michigan

A Park Township lakeshore home was teetering on the edge of a bluff. 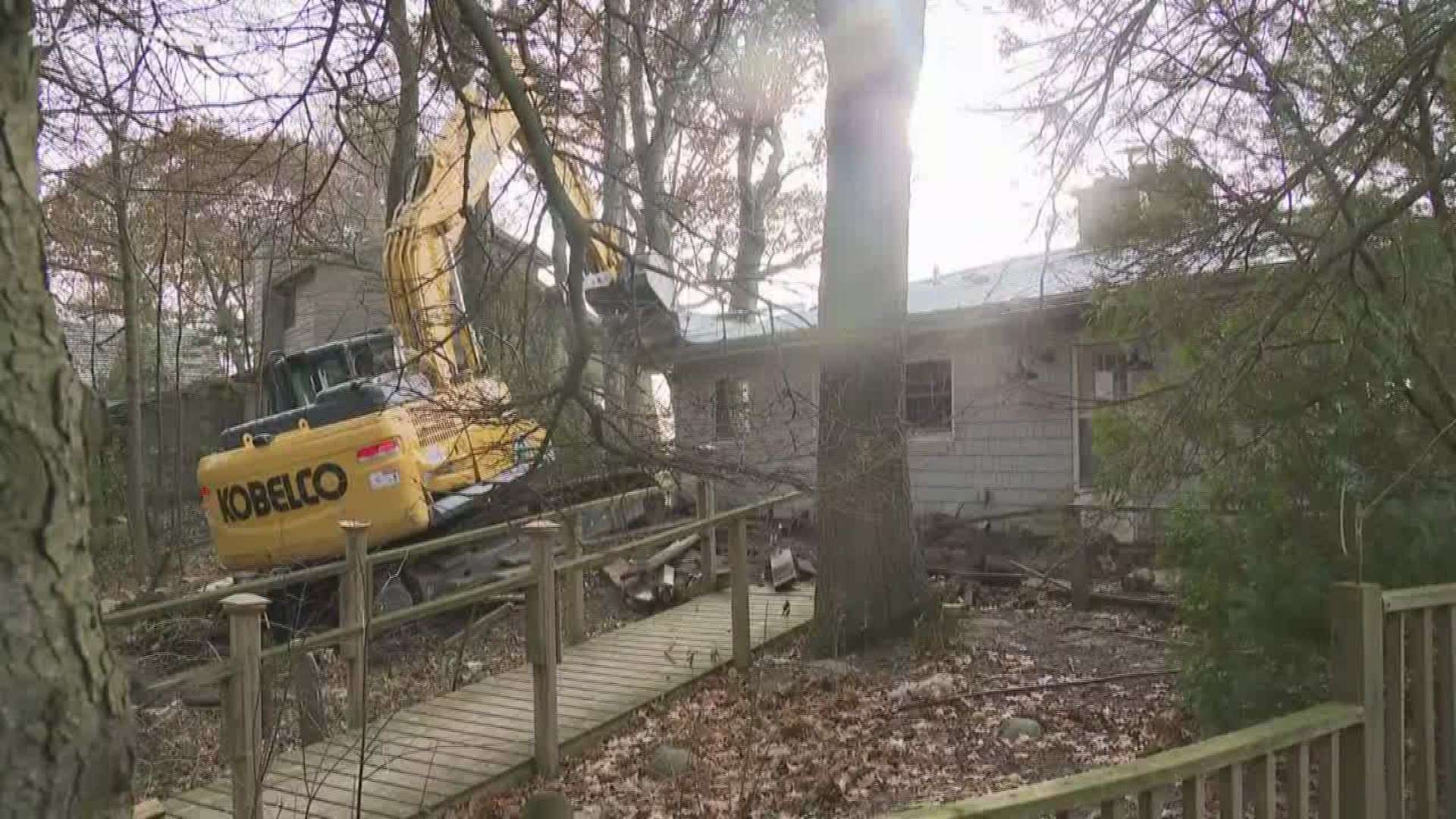 The cottage on Lakeshore Drive in Park Township is owned by an out-of-state resident. High water levels caused significant erosion to the dune that the house was perched upon. Since this spring, the cottage has been hanging over a tall bluff.

Park Township officials met Thursday evening and decided the township wouldn't intervene to remove the structure and stop it from eventually falling into the lake. However, the homeowner, hired a demolition crew on his own to take down the cottage.

The township manager, Howard Fink, said it was the right decision on the homeowner's behalf to keep debris from falling into the lake.

"We are joyed the homeowner has taken the responsibility and hired his own contractor and is ensuring that the house does not fall into the lake," said Fink. "Obviously Mother Nature is not on our side right now and homeowners on Lake Michigan need to do everything they can to be responsible for their own property and mitigate as much as they can from anything eroding into the lake."

Park Township officials are keeping a close eye on a few other homes and cottages that are also dangerously close to the eroding bluff. The one being demolished was the closest to the edge.

"We potentially could have many more homes that are in danger, and not just large home structures, but obviously trees falling in, decks falling in. There are a number of different possibilities," said Fink.

This spring, a cottage in Norton Shores was also demolished by the owner because it too was about to fall into the lake. Some homeowners have also been picking their homes up and moving them father back on their lots, but in the Norton Shores case, the lot was too small.

See drone footage of the cottage teetering on the brink of the shore: