Senate Bill 714 would allow lakeshore homeowners to protect their homes without a permit. 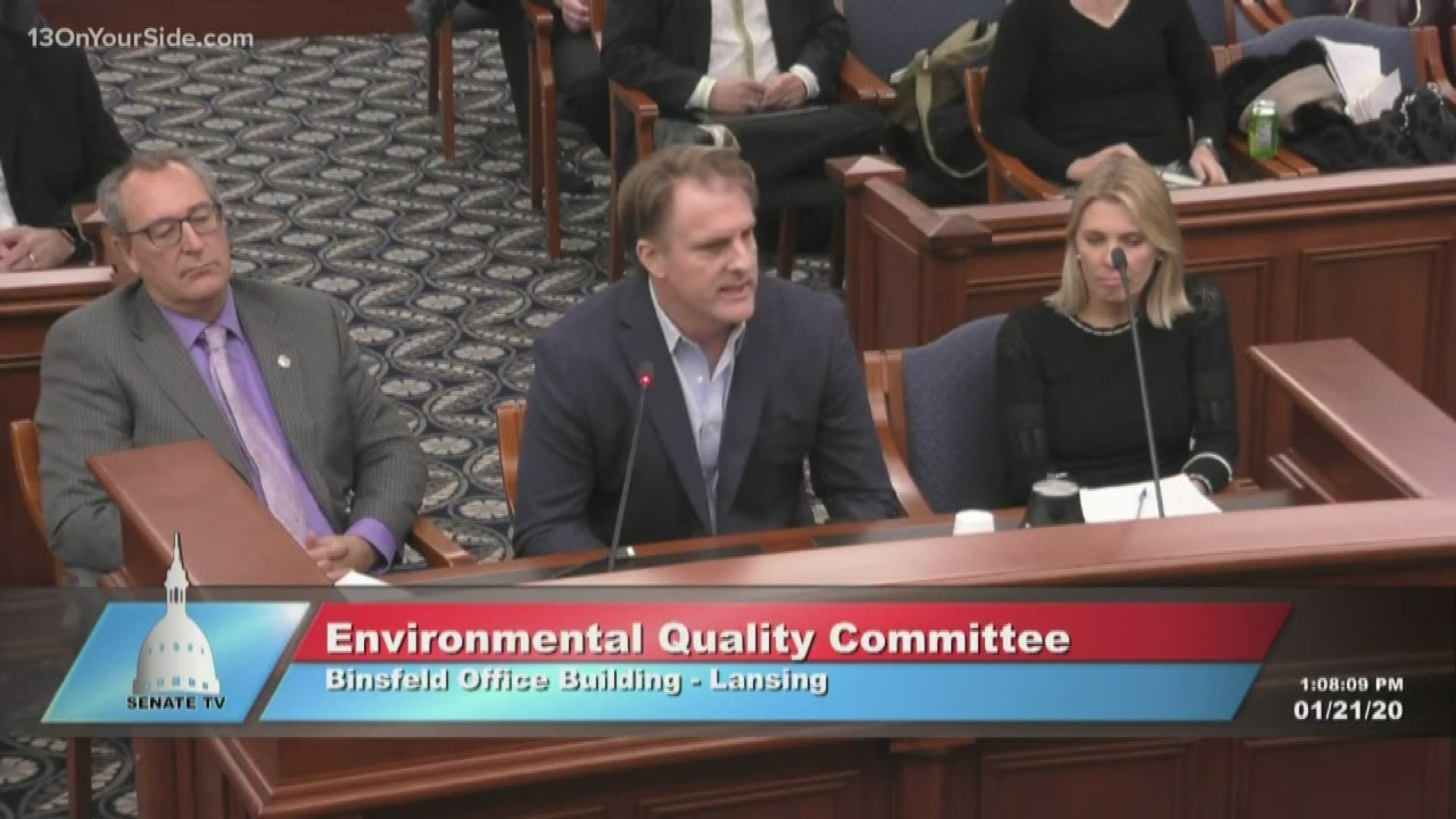 LANSING, Mich. — Lakeshore homeowners are already making plans to remove their homes in the next couple of months, as lake levels are expected to continue rising.

On Tuesday, Sen. Roger Victory, R-Hudsonville, testified before the Senate's environmental quality committee about a bill that he hopes would assist homeowners as they make plans to prevent their homes from falling into the lake.

Senate Bill 714 would allow homeowners to make temporary erosion protections to their home without a permit from Michigan's Department of Environment, Great Lakes and Energy (EGLE). This protocol would be triggered when lake levels reach a certain level.

EGLE began expediting permits as a result of the erosion. Permits were being sent out to applicants within a week as oppose to several months. Victory said he heard tales from a number of residents who felt that EGLE's efforts did not suffice.

"The stories seem to have a common theme: the department was difficult to work with and the expedited process was not very quick," Victory said.

Victory said he crafted this bill after looking at similar emergency protocols that exist in Wisconsin and Ohio.

Under the bill, homeowners would still be required to use state approved materials and licensed contractors to do the work. EGLE's Jerrod Sanders said during testimony on Jan. 21 that further regulations were necessary to protect the lakeshore.

"How you install those materials and where you put them is as or more critical than the materials that you use," Sanders told the committee. "We are very nervous that there's going to be a lot of people that would be out of compliance."

The bill allows for EGLE to correct non-compliant erosion fixes after 78 weeks. Sanders said it could be too late by that point. Sanders also said that the homeowners would still be required to get a permit from the U.S. Army Corps of Engineers, which currently works in conjunction with EGLE to approve permits.

Ottawa County lakeshore homeowners Pam Stille and Norman Dodds testified that they are concerned EGLE could revert back to it's delayed permitting process in the months to come, if this bill doesn't become law.

"I've lived through 1986 and now through 2019, and come 2020 I think we are going to be in even bigger trouble," Stille said. "I think there are going to be people who thought they were going to be OK and that's not going to be the case. These people need to move rapidly to save their homes they don't have time to wait for permits."

The bill passed out of the committee in a five to two vote. Sen. Winnie Brinks, D- Grand Rapids, and Sen. Rosemary Bayer, D- Beverly Hills, voted against it.

Sen. Victory said he expects the bill to receive bipartisan support on the Senate floor.