Decades of lakeshore memories washing away

Now that the waves have subsided, we're getting a better look at the damage left behind on Lake Michigan's coast. 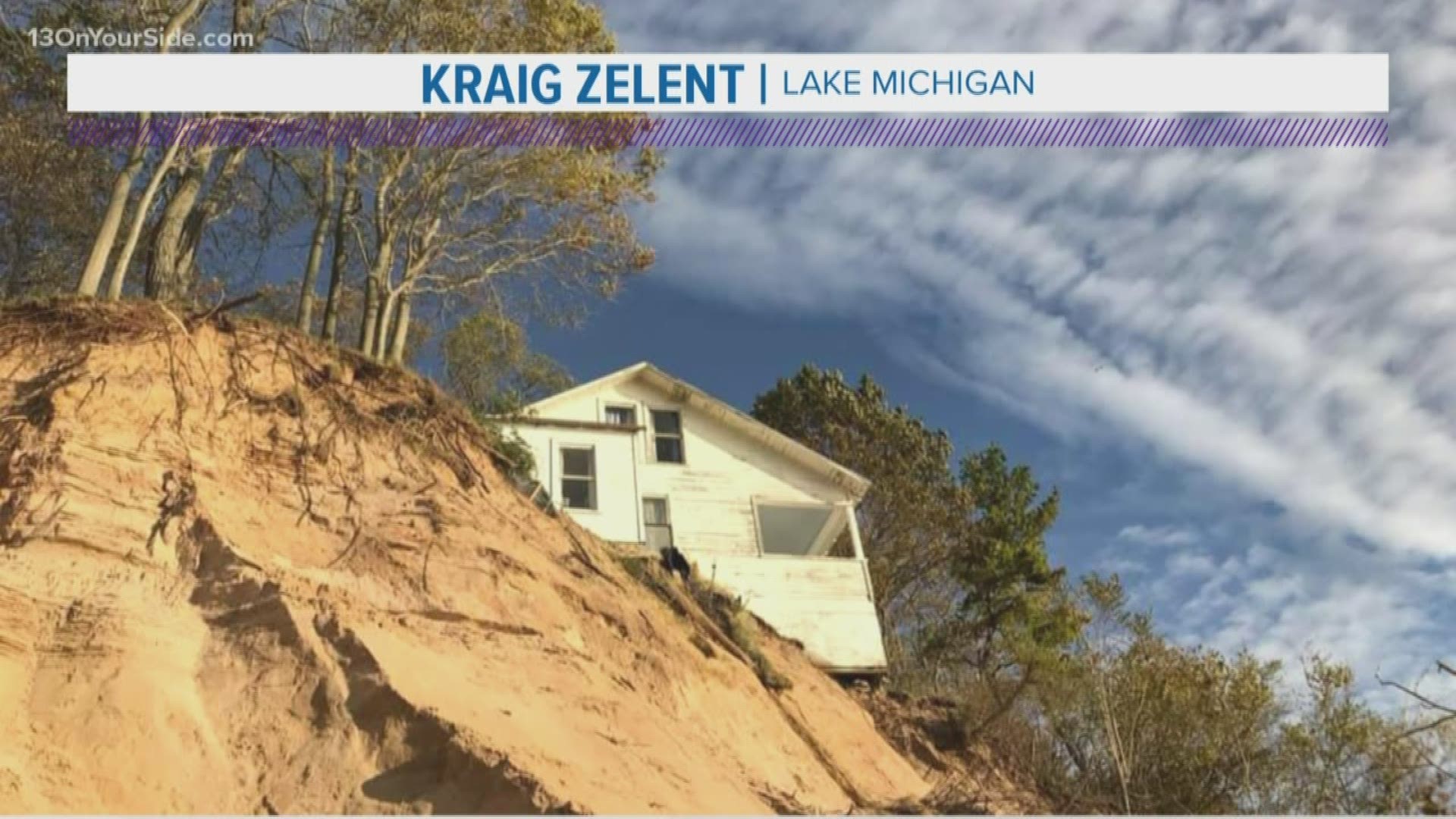 SYLVAN BEACH, Mich. — With another strong fall storm in the rear-view mirror, lakeshore residents are entering into salvage mode.

Powerful waves pounded West Michigan's coast from Monday through Wednesday morning. Wave heights were recorded at nearly ten feet through the duration of the storm at one buoy off shore from Holland.

Peak wind gusts were observed at over 50 mph for many locations along the lakeshore. Impacts from this storm were worsened by the fact that the core of the strongest winds were sustained over a period of over 12 hours. That in combination with very high lake levels pushed more water up onto the shoreline.

The constant wave action ate away at the sand dunes and pulled significant amounts of sand back out to sea. Eventually, some of the dunes collapsed into landslides taking grass and other vegetation along with it. Even the deep roots of trees extending several feet down into the dune weren't enough to anchor the land in place.

The aftermath as described by Kraig Zelent, a photographer who set out to document the destruction was ominous saying, "The beach is a pretty dangerous place right now."

He observed numerous staircases with support beams that are hanging mid-air.

The corner of one house is perched precariously at the edge of a cliff. Trash and other items that have been buried under the sand for decades are now starting to be unearthed. And the amount of debris sloshing at the water's edge is significant.

This is an active time of year for the Great Lakes region with intense wind storms a common occurrence. Hopefully, property owners will be able to save what they can before the next storm hits.

More weather stories on 13 ON YOUR SIDE: