Officials and lawmakers meet with lakeshore homeowners to survey erosion 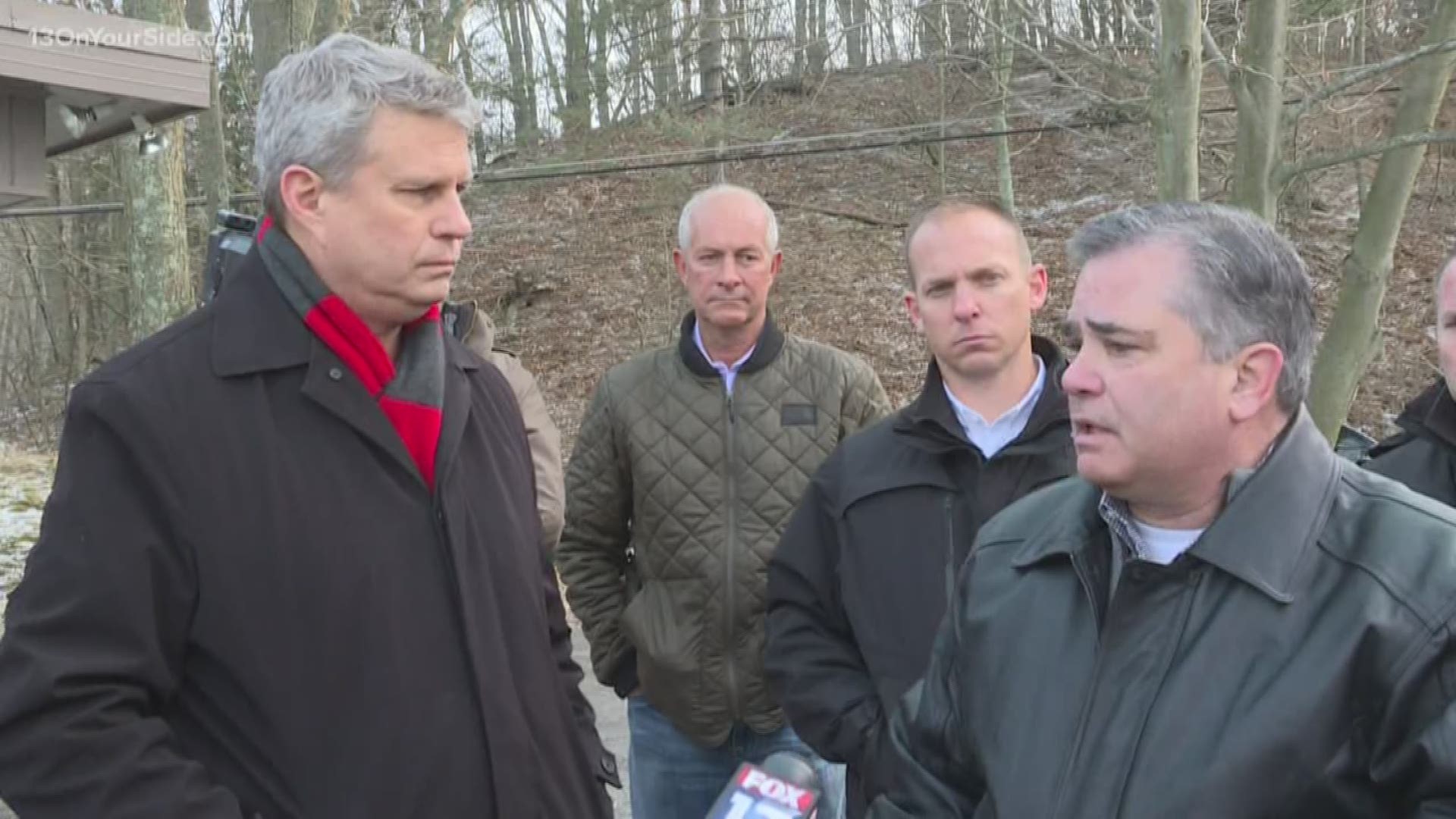 OTTAWA COUNTY, Mich. — Spring Lake homeowners whose homes are teetering on the edge of Lake Michigan invited lawmakers and officials to see the damage for themselves on Friday.

"So significant. So startling. It just underscores the need for the local, and the state and the federal government to all be looking at this and paying attention to it," said U.S. Rep. Bill Huizenga, R- Zeeland after looking at some of the battered Ottawa County shoreline.

"We've started the process. We are waiting on our survey, but we get a few more storms and we could potentially lose our home," said Pam Stille, who has lived on North Shore Road for five years. "So, we are not waiting. I'm here to put that on the record, right now. We are not waiting. We will do what we need to do to protect our home and we will eventually get our permits."

Sanders said EGLE is now expediting more than half of the permit applications it receives. Since October, the department has given out roughly 400 permits, which is about equal to the amount typically given out in an entire year. Six or seven people are responsible for issuing permits for the roughly 3,300 miles of shoreline in Michigan, Sanders said.

"We have had staff working overtime, weekends, holidays, and we are kicking [permits] out as fast as we possibly can. The question is do we have these administrative hang ups that we can do something about,"  Sanders said.

Most permits are being granted within seven days, he said, but some of the homeowners in Spring Lake say they have spent months going through the process.

Stille asked that EGLE relax their regulations to ensure that everyone can make emergency fixes to their property.

"I don't have the power to suspend the regulations," Sanders replied.

Victory said there needs to be a 'clearinghouse' for homeowners to retrieve all the necessary permits in a timely manner.

"Because if a structure like this falls into the lake, next spring, you have that debris washing up onto our public beaches," Victory said while looking at a Spring Lake home that's deck has already partially collapsed.

Victory spearheaded a letter to Gov. Gretchen Whitmer asking her to declare this a state of emergency to open up more resources. So far, no declaration has been made.

“Governor Whitmer remains committed to mobilizing the resources of state government to help residents mitigate the effects of shoreline erosion," Tiffany Brown, the governor's press secretary, wrote in a statement.

Brown said Whitmer's administration is working closely with EGLE, the Department of Natural Resources and the Michigan State Police to monitor the situation and coordinate resources.

Huizenga said he is working with his colleagues in the U.S. House of Representatives to create a Federal Emergency Management Agency (FEMA) program that applies to an ongoing disaster like the lakeshore erosion.

"We have not figured out how to do this, yet. Most of FEMA's assistance is tied to a specific event. It's more geared toward a tornado or a hurricane or an earthquake," he said.

But, Huizenga said the state government needs to take action to open up doors for federal assistance.