Update: Crews searched again Tuesday for an 18-year-old who is believed to have drowned Sunday. A body was not located. 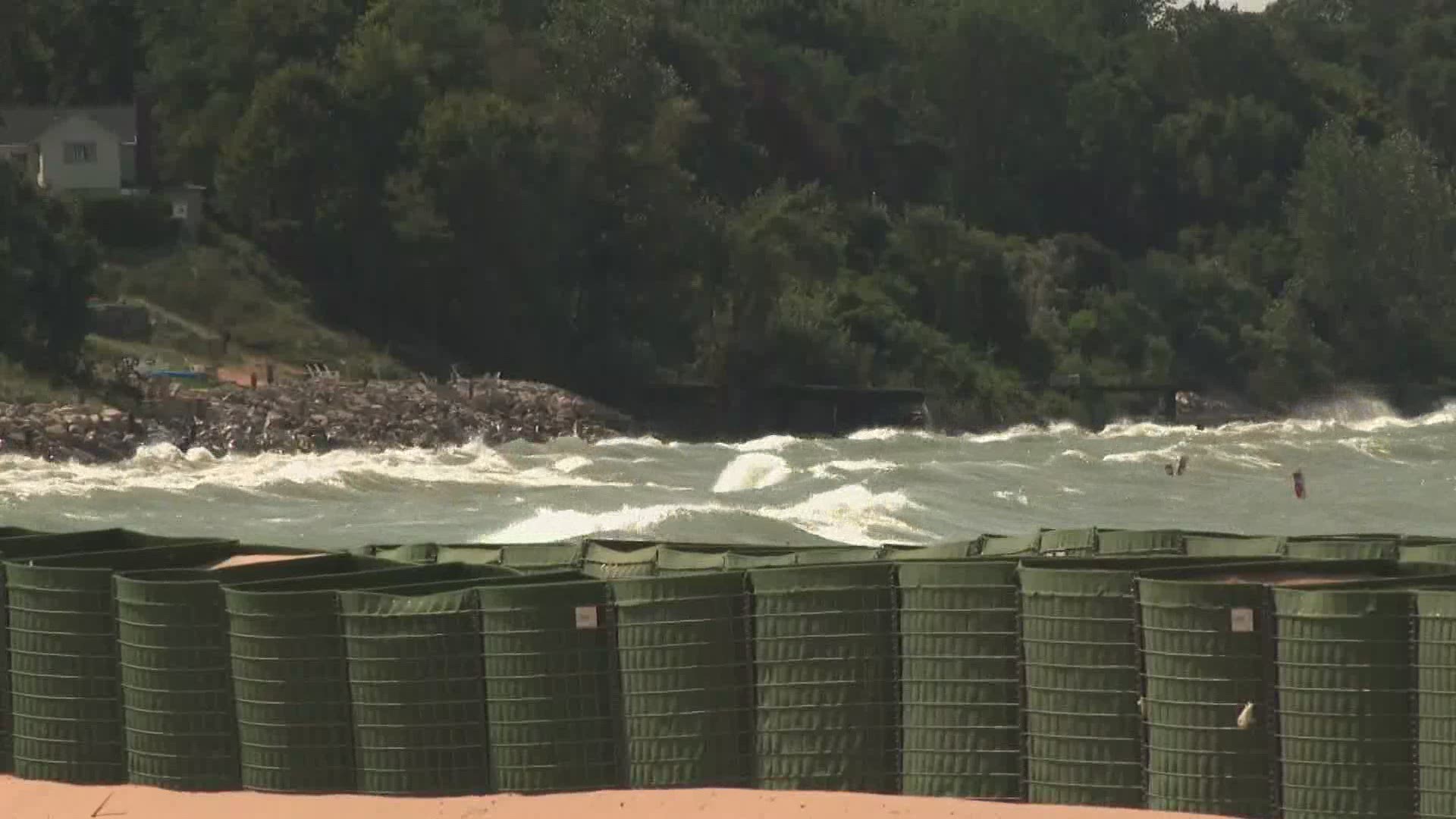 The search continued Tuesday for a missing 18-year-old who is believed to have drowned in Lake Michigan Sunday, but the search ultimately came up dry.

South Haven Area Emergency Services (SHAES) said in a statement Tuesday evening that divers from the Van Buren Sheriff's Department, Allegan County Sheriff's Department and SHAES  searched along the South Pier until dark, but did not locate the victim.

The statement also said that future searches will be determined by the Van Buren Sheriff's Office.

In a news release sent Sunday, SHAES said waves at the time were reaching three to five feet and that red flags were flying. However, in the statement Tuesday SHAES clarified that only a portion of the flags were red.

"Lake conditions south of the South Haven pier on Sunday were such that red flags were being flown immediately south of the South Pier out of concern over the growing high-wave and rip-current conditions," the statement reads. "The remaining flags to the south were posted yellow."

SHAES said the believed drowning happened in an area between the posted red and posted yellow flags.

The flags that were yellow were changed to red as a result of the incident.

The search for an 18-year-old who is believed to have drowned in Lake Michigan Sunday has resumed Tuesday afternoon.

Van Buren County Sheriff Daniel Abbot said around 2:20 p.m. that teams of boats and divers would enter the water.

Search efforts for the teen were discontinued Monday due to unsafe beach conditions. Crews were unable to get into the water Tuesday morning and needed to wait out the rain and unsafe conditions.

The teen went missing Sunday around 4:30 pm, while swimming at South Beach with a 19-year-old friend. That friend was rescued about five minutes after the distress call, where he was found clinging to a buoy about 100 yards from shore.

The rescued teen said his friend tried swimming back to shore, but went under the water. Rescue crews were not able to find him Sunday. Both are from the Jackson area.

"You want to be able to come out and give closure to the family," said Capt. Paul Quinn with the South Haven Area Emergency Services. "But with conditions the way they are, there’s just nothing we can do right now."

In conditions like Monday, the wind and waves create visibility problems for rescue teams, even 10 or 15 feet deep.

Quinn said at this point, it is a recovery mission. The search was called off last night once it became too dark, and rescue crews were exhausted.

"There’s such thing as a golden hour," said Quinn. "In the first hour, you hope that you can get a hold of the victim and get them in the hospital and hope resuscitate efforts can be done."

The search will continue once conditions improve at the beach in South Haven. The beach was closed on Monday due to the dangerous swimming conditions.

"This will be the third victim this year," said Quinn. "Don’t let them die in vain. Listen to the flags, this can happen to anybody. You may think you are a strong swimmer, You may think, 'oh this can't happen to me,' but it can, and it will. The lake will always win."

South Haven Beach remains CLOSED due to high waves and rough conditions.
The search for a missing teen has been discontinued today, due to conditions. It will resume when they improve.
Sunday afternoon, one teen was rescued. His friend, an 18-year old, is presumed drowned. pic.twitter.com/v5LpFHyuuT