According to the Mason Country Historical Society, high waters tend to reveal long-buried shipwrecks, and several around Lake Michigan have recently become visible.

LUDINGTON, Mich. — Parts of an old ship have washed a shore near the State Park in Ludington.

On Friday, April 24 the Mason Country Historical Society received a call from the Holland-based Michigan Shipwreck Research Association that the pieces of debris were found just near the entrance of the State Park.

According to the Mason Country Historical Society, high waters tend to reveal long-buried shipwrecks, and several around Lake Michigan have recently become visible.

The historical society was later contacted by the Epworth Historical Society who said in the 1980s a large wooden rudder had come ashore at Epworth, just to the south of the wreckage.

Also, a few years ago, workers at the Ludington State Park recovered a large wooden windlass that had washed up on the beach. It is possible that those items and the recently uncovered wreckage may be related, the historical society said.

Unfortunately, there are no real significant pieces that clearly identify the vessel. The historical society says the construction and measurements are consistent with schooners built between the 1850s and 1880s.

MSRA members are currently investigating the wreck, and researching the remains against known schooners that went missing between Little Sable and Big Sable Points.

They say they hope to be able to identify it soon.

The following list was provided of possible vessels that the wreckage could be from: The J.B. Skinner built in 1841, the George F. Foster built in 1852, the J.O. Moss built in 1863, the Eclipse built in 1852, and the Orphan Boy built in 1862. We also know of a wooden hulled tug, the Frank Canfield, built in 1875, that sank off Big Sable Point. 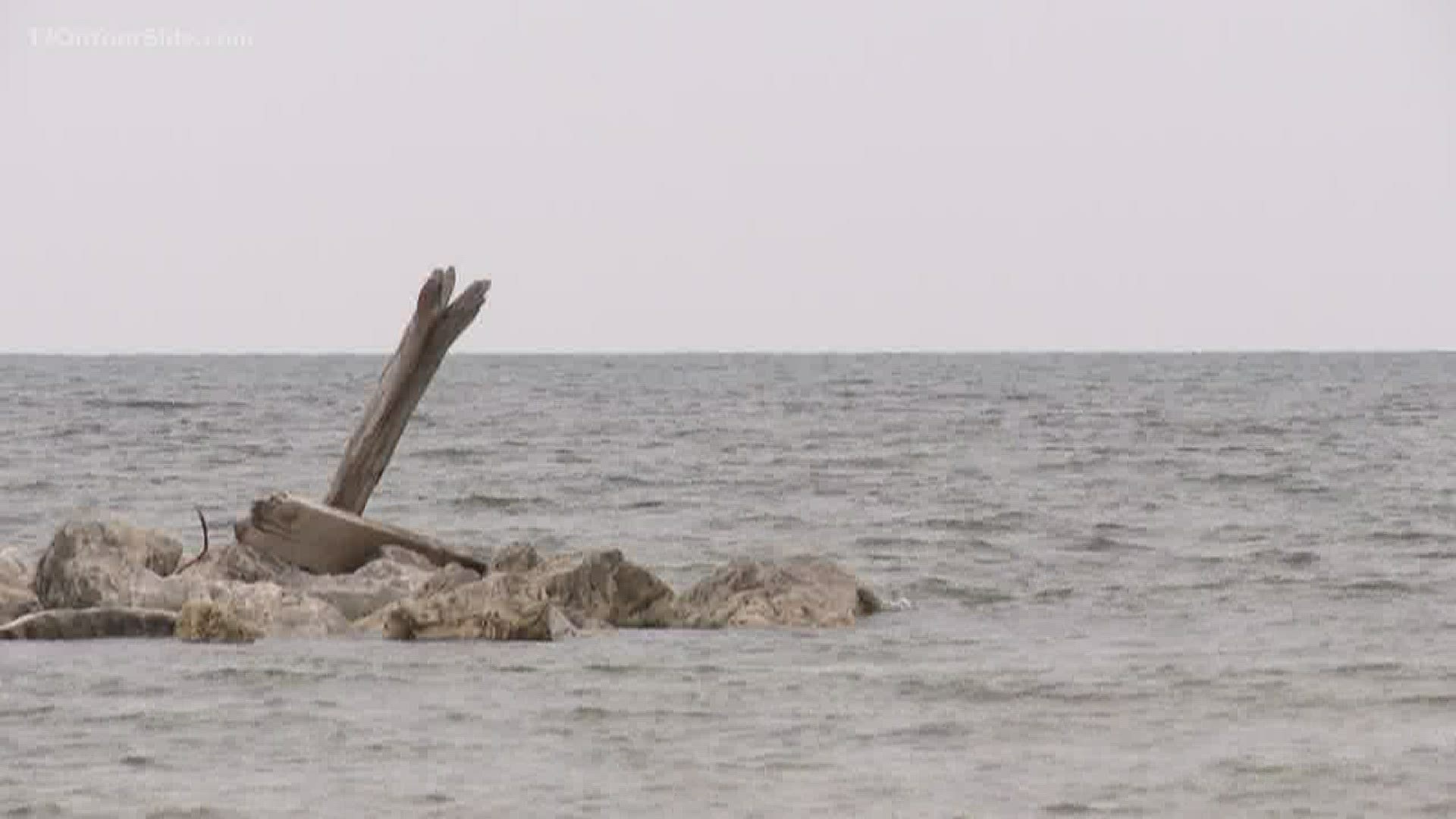