Restoration of power to areas in Northern Muskegon County is expected late Saturday or Sunday. 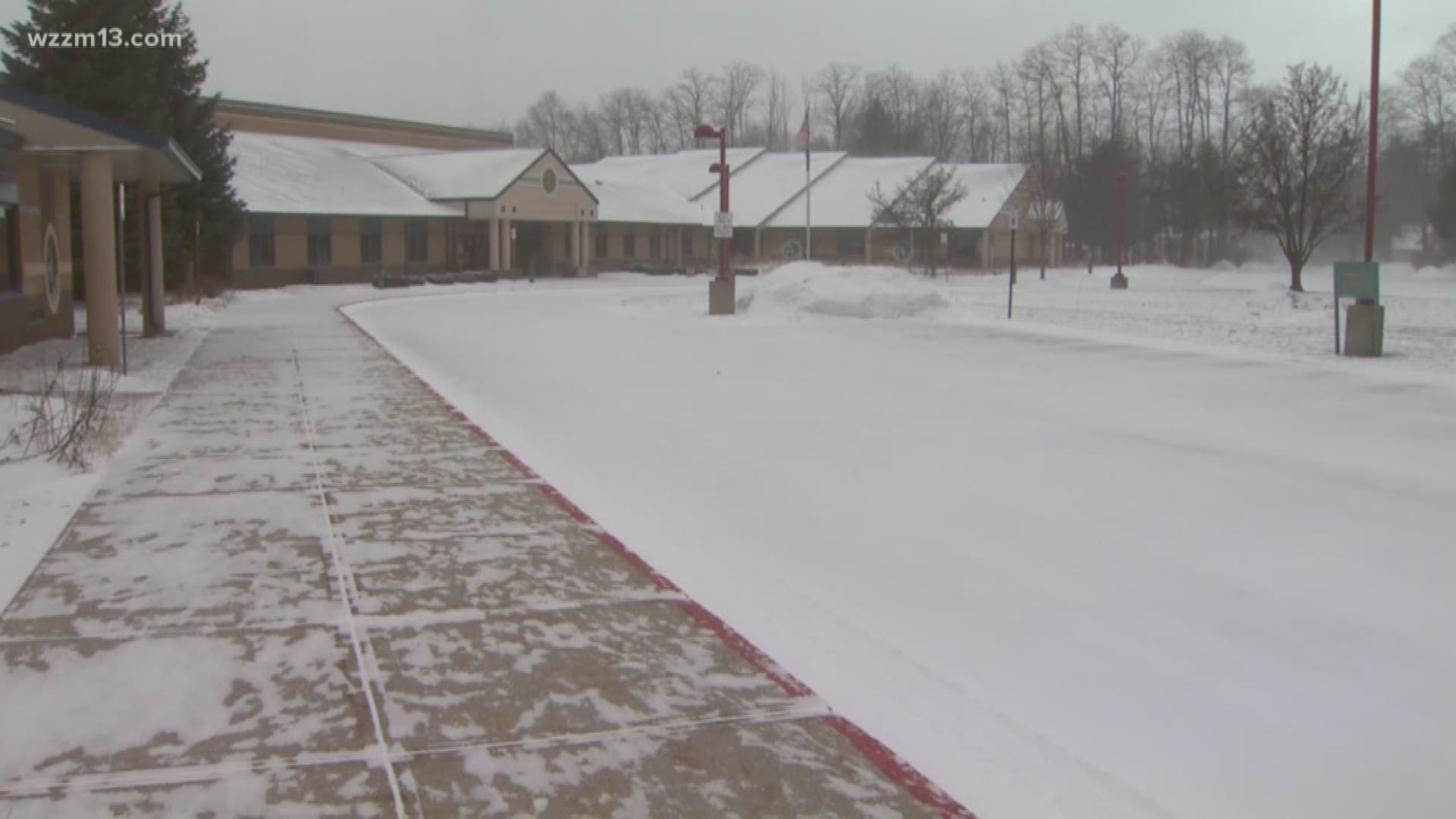 Whitehall Public Schools also don't have power. It's the reason school was called off Friday.

McDowell had a 4:00 a.m. conversation with officials from Consumers Energy. It's then he realized the power was unlikely to be restored in time for classes.

"And so we had to make the call to close school," he said.

"About half the city is still without power," said Lt. Brandon Mahoney, Whitehall Police Department.

Friday morning alone Whitehall Police did three well-being checks on elderly residents. Officers found one resident in her late 80's in a home without power and heat. "Temperature in the home was 50-degrees and on the way down," said Mahoney.

Police gave the woman a ride to a relative's home where there was power and heat.

The Evangelical Covenant Church at the corner of Lewis and Warner streets is open as a designated warming center until 9 p.m. Friday.

The Salvation Army at 1221 Shonat Street in Muskegon Township has been opened for people needing a 24 hour warming center. Muskegon County Emergency Operations is advising people that need a warming center to call 211.

According to Consumers Energy, some areas in Whitehall and Montague might not get power restored until late Sunday evening.