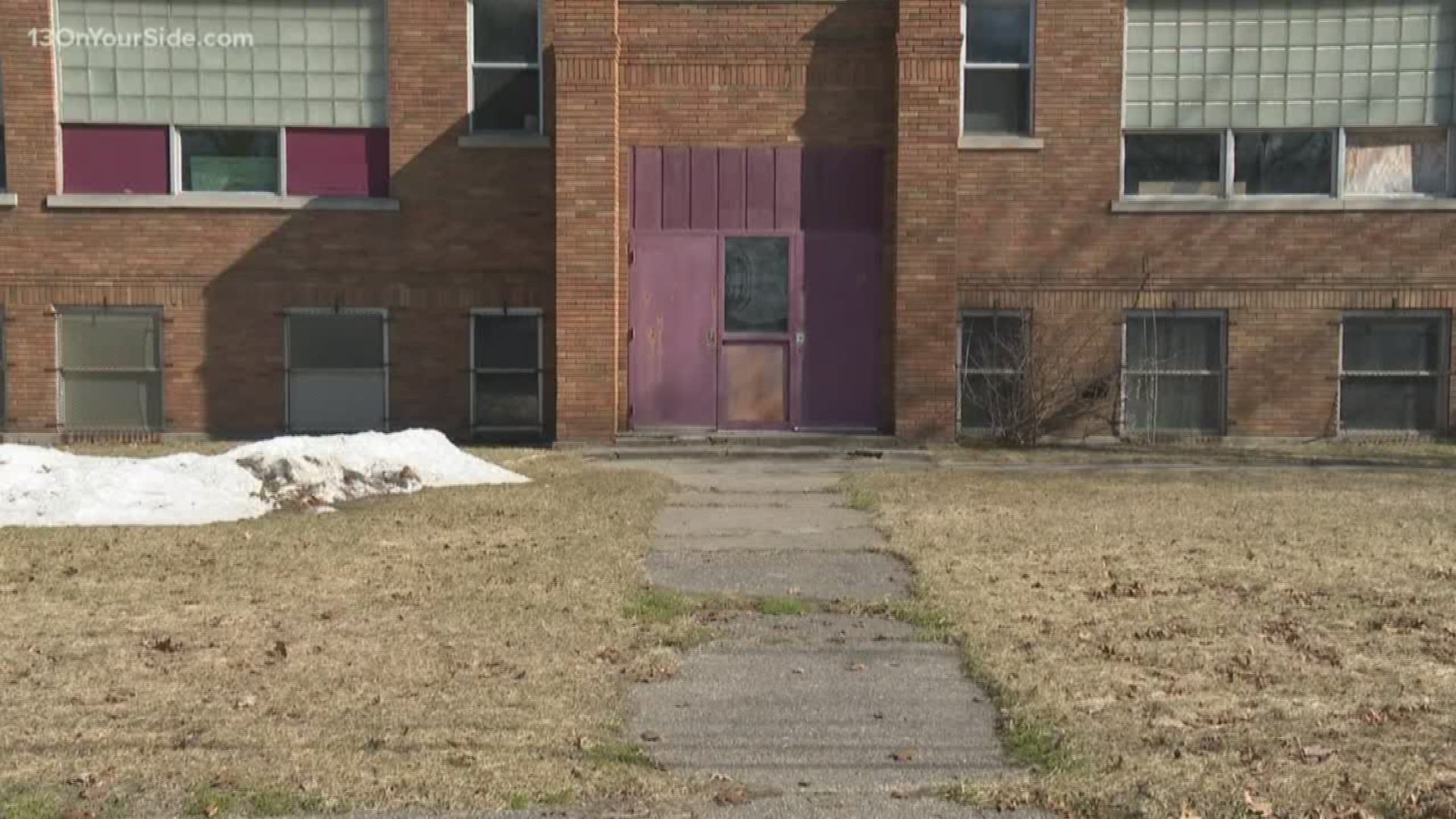 MUSKEGON TOWNSHIP, Mich. — The long-closed three-story former elementary school that's stood at the corner of Shonat Street and Ada Avenue since 1924 will soon be knocked to the ground.

In a Facebook post last week, Orchard View district leaders informed the community the building will be removed this month, possibly as early as next week.

The building was slated to be demolished in 2003, but it stayed open to house an Alternative Education program until 2009.

"It's not in good shape," Nielsen said.

The building cannot be renovated without millions of dollars of structural and mechanical improvements to meet current building codes.

And because of those costs, in February, the Orchard View Schools Board of Education voted to proceed with demolition.

Former students including Nielsen recall when the fire escape from the second and third floor was a steep slide.

"And students would come out and slide on down," Nielsen said.

Community members have asked for one last look inside, but that will not happen because the structure has "deteriorated to the point that it really is not safe to be in the building," Nielsen said.

Leaving a week, maybe two for community members to drive by the former school and take one last photo from the outside.