A Wyoming teenager was killed in what police describe as a hunting accident during the weekend. 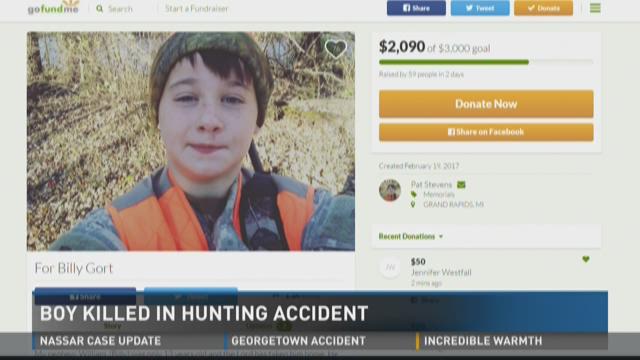 A Wyoming teenager was killed in what police describe as a hunting accident during the weekend.

The teen, only identified as a 13-year-old boy in a news release, was shot in the head while small game hunting, according to the Michigan State Police. He was with two other hunters when the shooting happened Saturday, Feb. 18, on East Cleveland Road near 192nd Avenue.

He was taken to a Muskegon-area hospital, where he later was pronounced dead.

Police continue to investigate what happened.