As of Monday afternoon, crews are still searching for the man. SHAES says the operation is now considered a recovery mission. 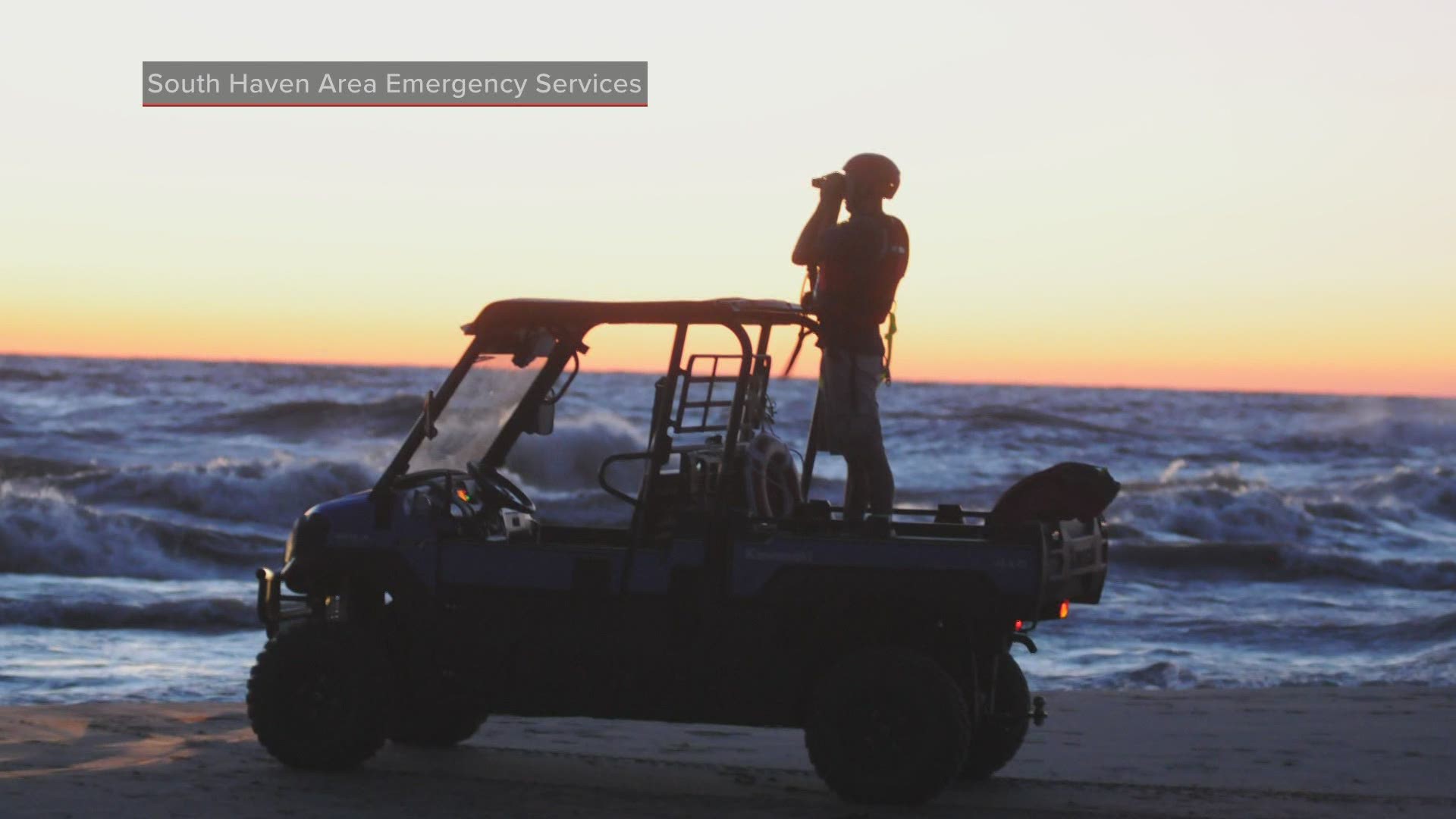 SOUTH HAVEN, Mich. — Crews from South Haven Area Emergency Services have closed down North Beach in South Haven to the public while they continue searching for a man who is believed to have drowned while swimming Sunday night.

The search for the missing man has continued into Monday afternoon. However, SHAES says that the search is now considered a recovery mission. It is believed that the man drowned.

The man was reported in distress in Lake Michigan around 9:20 p.m. A friend who was with the man reported him missing. He was last seen near the mid-point of the North Beach.

Water conditions were dangerous Sunday, with waves reaching five to six feet. SHAES said there was a rip current at the time and red flags were flying. The National Weather Service had also posted a beach hazards statement.

SHAES and South Haven Police first responders searched the water from the shoreline; a drone was used. A water search was not possible because of the rough conditions.

According to SHAES, crews searched the lake late into the night and resumed the search early Monday morning. Around noon, SHAES said crews were still out looking for the missing man.

SHAES said this was not the only person swept in the waters Sunday evening. About 15 minutes before the man was reported missed, a different person was swept of the North Pier into the Black River channel. He was thrown a life ring by a good Samaritan and brought safely to shore.