It was the first time the court heard a recorded interview of Popejoy from the time of Sheila Bonge's disappearance. 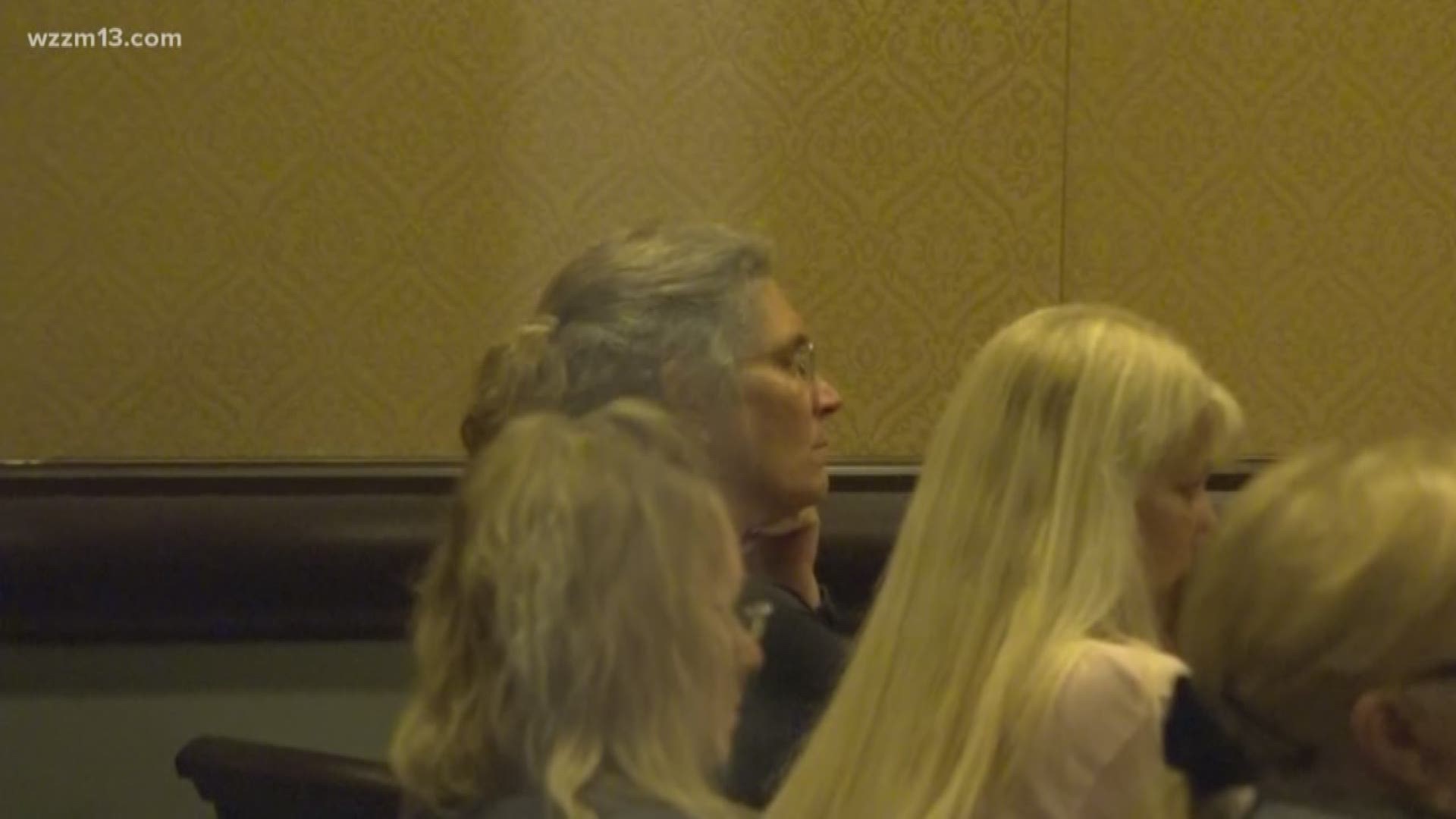 GRAND HAVEN, Mich. - Day two of the Wendell Popejoy trial wrapped up in Grand Haven, after jurors heard audio recordings of the man accused of killing his neighbor.

Popejoy is accused of murdering Sheila Bonge last December. Police say he shot her while she was out snowblowing a shared driveway in Crockery Township.

An interview between Ottawa County Detective Sgt Jacob Sparks and murder suspect Wendell Popejoy drew jurors in Wednesday afternoon. It was the first time the court heard a recorded interview of Popejoy from the time of Bonge's disappearance.

Detectives repeatedly asked Popejoy about his live-in girlfriend Rhonda Clark who did not get along with Bonge, which is why authorities wanted to know if Clark could have any part in Bonge's disappearance.

"Do you think somebody hurt Sheila or killed Sheila?" Det. Sgt. Jacob Sparks asked Popejoy in the Crockery Township man's living room, just before her body was found.

Following that interview family members found Bonge's body on Popejoy's property. Bonge's brother. Jeff, was searching an area with Bonge's son, Charlie, when he saw a body part underneath the snow and told Charlie to turn around and head back.

"I didn't want him standing on top of his mother when he found her," Jeff Luke, said.

Family members immediately alerted the police of the body which prompted a second interview with Popejoy.

"There's a dead lady behind your house here who I'm guessing is Sheila," Det. Sgt. Sparks told Popejoy during the second recorded interview.

"No idea how a dead lady ended up on you back property?" Sparks asked. Popejoy responded with, "I have no idea."

In a third round of questioning after police showed Popejoy evidence they found in a burn barrel as well as on a sled on Popejoy's property, he eventually confessed to the crime.

"He said he took care of the problem," Prosecuting Attorney Ron Frantz told a jury on Tuesday. "At some point he said 'I'm not really sorry she's gone.'"